India's waste management crisis has serious implications for its environment, economy and public health. We focus on creating technologies and solutions that minimize waste generation and convert all waste into useful products. This includes initiatives to promote a circular economy through resource efficient and cleaner production in industries, and maximize resource recovery and recycling for landfill-free cities.

GIZ India and TERI under the Indo-German project titled 'Development and Management of Waste NAMA (Nationally Appropriate Mitigation Action) in India' have adopted the city of Panaji for pilot demonstration of better waste management practices.

Marine plastic litter is a global result of our local actions and inactions. The focus should not only be on removing plastic but also on the creation of economic models, development of strategies, and proper prediction of future consumption patterns.

The per capita water availability depends upon the population of the country and with the increasing population; the per capita availability of India is reducing and is expected to reach 1,367 cubic meters in 2021. As per Niti Aayog, 21 major cities (including Delhi, Bengaluru, Chennai, and Hyderabad) are racing towards zero groundwater levels, affecting access for 100 million people. In such a situation we need to look for alternate sources of water to meet our ever-increasing demands as water conservation and efficient use will not suffice.

END_OF_DOCUMENT_TOKEN_TO_BE_REPLACED

Webinar on Plastic Waste Management and impact on Human Health

The interactive webinar aims to expand on the issue of plastic waste management and its impact on human health.

The webinar aims at highlighting various leads being taken to derive nano-materials from different waste resources via a 'Circular Economy' model.

Webinar on Plastic Pollution amidst COVID-19: Protector or Polluter

During COVID-19, the management of single-use plastic (SUP) items remains a challenge in India. TERI is hosting a webinar on plastic waste management and raising public awareness on plastic pollution.

Webinar on 'Waste Management under COVID-19: Challenges and Solutions'

COVID-19 outbreak was declared as pandemic and health emergency was announced by the World Health Organisation on March 11, 2020. Research studies also revealed that waste materials like cardboard, plastics and steel also are carriers of COVID-19 virus and it can last upto 72 hours on these, reflecting concerns for waste stream workers and recyclers.

To envision a new world post COVID-19 in the context of urban sanitation and planning and define the priorities for action by the development community.

Webinar on marketing products from waste

END_OF_DOCUMENT_TOKEN_TO_BE_REPLACED

Plastic packaging constitutes an estimated 59 percent share in India's total plastic consumption, amounting to about 10 million tonnes every year. Considering a steady growth forecast for the pharmaceuticals, fast moving consumer goods (FMCG), and e-commerce sectors, this figure is expected to rise further. India's net plastic consumption is estimated to have increased by around 20 times as compared to 1990. It is expected to see a further upturn with an increase in its demand by approximately 52 percent by 2025.

TERI has developed a technology called the Advanced Oxidation Technology or TADOX which can reduce less dependence and load on biological and tertiary treatment systems and help achieve zero liquid discharge.
Read more

According to the study by TERI, out of the total polymer consumption of 16.8 million tonnes per annum in 2018-19, 90% was for plastic and the remaining 10% was for non-plastic consumption. From the total plastic waste generated, about 60% is actually recycled, 8.5% reutilized for energy recovery and repurposing, and about 31.5% is mismanaged plastic waste.

According to Dr Suneel Pandey, Director, Environment & Waste Management division, TERI, even as legislation and rules have come a long way and evolved over time, bringing smaller players under the extended producer responsibility (EPR) net is a challenge and that is where the government needs to work on an incentive mechanism.

According to Mr Sourabh Manuja, Fellow, Centre for Waste Management, Environment & Waste Management Division at TERI, our cities need appropriate training and capacity building along with the infrastructure to manage the bio-medical waste they generate, including domestic hazardous waste.

Cellulose acetate-based cigarette filter is considered the world's most littered form of plastic. With close to 4.5 trillion butts polluting the global environment, this form of litter accounts for close to 26,454 tonnes of waste generated annually in India. Though one of the neglected waste streams, Oceans Conservancy, an international advocacy group, categorised cigarette butts as second among the top three articles collected during beach clean-ups globally.

Plastics not only are enduring, lightweight, and available at low prices, but also have very good thermal and electrical insulation properties. The versatile properties of various plastic polymers— being water-resistant, non-porous, ductile and malleable—make them suitable for manufacturing a wide range of products that also bring medical and technological advances in our modern society.

Fostering circularity in plastic use is an effective way to reduce contamination of marine and coastal environments with plastics and man-made debris. However, there are many challenges down this path.

Anthropogenic activities like (i) agriculture fertilisers, (ii) coastal pisciculture, (i) sewage discharge, (iv) industrial activity, (v) burning fossil fuels and (vi) effluents from ports increase nutrients in surface water and seas. Nitrate pollution is largely caused by agriculture run-off, discharge from industry and manure or sewage. Phosphate pollution is tied to improper treatment of detergents in wastewater and from agro-fertilisers.

Urban Sanitation and Need for Faecal Sludge Management (FSM) in India The Government of India has undertaken an ambitious social change endeavour of clean and open defecation free (ODF) India. Sustained efforts in this direction has improved the sanitation scenario in India, which in turn would help in achieving the United Nations' Sustainable Development Goal 6 of universal and equitable access to safe and aff ordable drinking water and adequate and equitable sanitation and hygiene for all.

END_OF_DOCUMENT_TOKEN_TO_BE_REPLACED 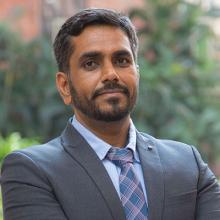 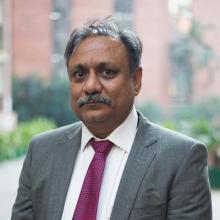 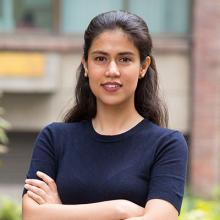