While, globally, it is the loss of forests that is a major issue, in India it is forest degradation that remains the biggest challenge. Our work focuses on promoting sustainable forest management, providing practical solutions towards generating finance through carbon trading from forests, and supporting the livelihood of forest dependent communities. We also work towards engaging communities for biodiversity conservation and mitigation of human-wildlife conflict through policy and scientific measures. 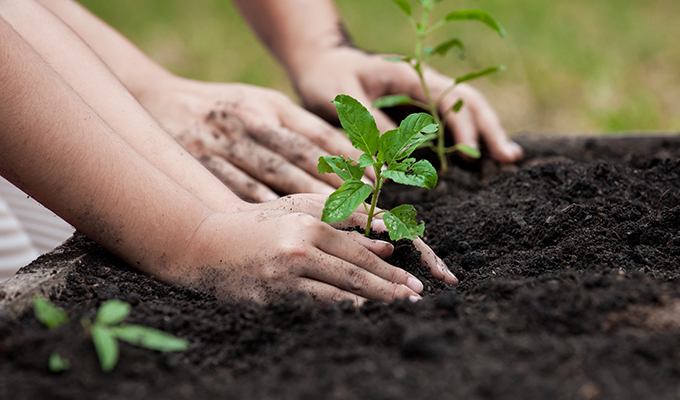 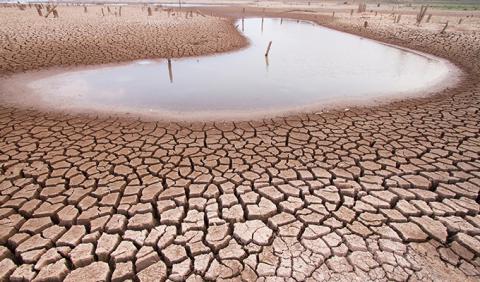 Study on Economics of Desertification, Land Degradation and Drought (DLDD) in India

Rajaji National Park: A Biodiversity-rich Landscape in the Lap of River Ganga

Rajaji National Park is a magnificent ecosystem nestled in the Shivalik range and the beginning of the vast Indo-Gangetic Plains, representing rich floral and faunal diversity. The Park constitutes an important repository of the wild fauna and the last refuge of a number of threatened animal species in the lesser Himalayan zone and upper Gangetic plains. Considering the abundance of nature's bounties heaped in and around the Park, the area attracts a large number of wildlife conservationists, nature lovers, and eco-tourists.

The Elf of Plants They Call Mushroom

Thomas Carlyle had said once, 'Thou fool! Nature alone is antique, and the oldest art a mushroom; the idle crag thou sittest on is six thousand years of age.' Isn't it a fact that we haven't yet grown big enough to realize the benevolence of nature that has long been arming us to the teeth against all odds?

Ahead of International Tiger Day on 29th July, our ecologist Yatish Lele highlights TERI's efforts to measure the value of ecosystem services in the Dudhwa Tiger Reserve in Uttar Pradesh, reducing human-wildlife conflict in protected areas of India, and public awareness towards wildlife conservation.

Biodiversity, Pandemics, and the Web of Life

India can restore biodiversity in urban and rural areas by creating green corridors in cities and rejuvenating water bodies in rural areas.

In the wake of the COVID-19 pandemic, as millions of migrants head home, without any promise of livelihood, India's forestry and biodiversity resources can offer a ray of hope. There are solutions and mechanisms in place, but they need to be implemented with conviction. Dr. JV Sharma, Director, Land Resources Division, TERI, explains.

Bringing Back Tigers to Mukundara

The big cat is India's pride but its dwindling population is a serious concern today. In this piece, the author writes about his observations on the behavioural ecology of tigers in the Mukundara Hills Tiger Reserve (MHTR) — Rajasthan's recently established tiger reserve and gives suggestions for the successful management of the reserve.

END_OF_DOCUMENT_TOKEN_TO_BE_REPLACED

Participants at the webinar will deliberate on issues arising in governance of forest, biodiversity and wildlife in light of multiplicity of institutions and regulatory regimes at the local level

The webinar will hold discussions on challenges and issues of overlapping regulatory regime and multiplicity of institutions in the context of Van Panchayats of Uttarakhand.

TERI is organising a two-day online training workshop for Indian Forest Service officers, nominated by MoEFCC, to discuss the theory and concepts of CDM in India.

END_OF_DOCUMENT_TOKEN_TO_BE_REPLACED

With an aim to supplement income of farmers who are into agroforestry, Gujarat Forest department is all set to launch a pilot project to assess the amount of carbon dioxide sequestered in around 85 lakh trees in agroforestry plantations in five districts and monitise it by selling it to industries in form of carbon credits and help the latter offset their greenhouse gas emissions. The forest department will implement the project in collaboration with the farmers, TERI and VNV Advisory.

Challenge of bio-diversity in Nagaland

According to Mr Siddharth Edake, Fellow, TERI, the study team found that Nagaland had 407 Community Conserved Areas and that almost one third of them were active.

Nature-based Solutions (NbS) is one of the key focus areas of the upcoming 26th Conference of Parties (CoP26) to the United Nations Framework Convention on Climate Change (UNFCCC) in Glasgow. ‘We’re part of the solution #ForNature’ is also the slogan of the International Day for Biodiversity of the Convention for Biological Diversity (CBD) for 2021. The United Nations Convention to Combat Desertification (UNCCD) has been focussing on the concept of Land Degradation Neutrality (LDN) for each member country.

India’s deep seabed mining plans gear up for a dive

Mary Abraham, a development economist and policy scientist at TERI, said that she fears that the “impact of deep-sea mining could be unprecedented and spell huge trouble for marine ecology.

People and wildlife are increasingly coming into conflict over living space and food around the world. While the conflict and loss of lives on both the sides get into limelight, little is known about the economic impact of the rising conflicts on the communities living in forests for ages despite multi-facet risks. A study by TERI has thrown a light on this recently. The study in Uttar Pradesh's Terai region at the Indo-Nepal Border, has found that the families living in the proximity of reserve forests incur 5-10 per cent monetary losses annually due to crop depredation.

The value chain of trade of biological resources and their derivatives like medicinal plants, extracts of medicinal plants, fishes, processed food and pharma industry, are responsible for creating jobs for probably another 30% population of the country.

Human-wildlife conflict (HWC) leads to the bearing of direct as well as indirect economic costs of conflict by the communities. Such losses can seriously dent the incomes of concerned community members and result in increased antagonism towards conservation in general.

Carbon finance: Solution for mitigating human–wildlife conflict in and around critical tiger habitats of India

Our study in Dudhwa Tiger Reserve in Uttar Pradesh indicates to the fact that use of Climate, Community and Biodiversity Standards (CCBS) approach to generate carbon finance can yield 8 times more finance than just considering the aspect of carbon sequestration.

Forests in India are treated primarily as social and environmental resource, and only secondarily, as commercial resource. More than 300 million people derive full or partial livelihood and sustenance need from forests. Many a times, communities are compelled to harvest forest produce unsustainably due to lack of adequate finance to meet their day to day life supporting needs. With such large population dependent on forest resources, the minor forest produce (MFP) sector is India’s largest unorganized sector.

India has a comprehensive apparatus of environmental laws. However, the lack of an integrated approach to the regulation of chemicals, poor management of pollution, and the fundamentally retrospective vision have resulted in ineffective implementation of the laws as demonstrated by the example of Persistent Organic Pollutants (POPs) in the environment.

END_OF_DOCUMENT_TOKEN_TO_BE_REPLACED

We undertake study for companies to estimate the carbon sink and other co-benefits including the biodiversity conservation from the plantation activities carried out in and around the companies premises.

We undertake work on various institutional issues relating to participatory forest management, and have major interests in the study of forest-based livelihoods and benefit-sharing at the community level. 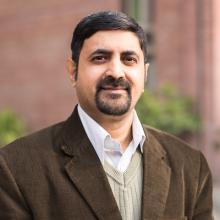 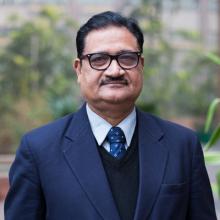 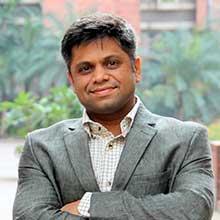 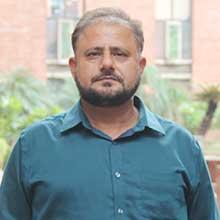