In the post-Paris agreement era, accelerating climate action is the biggest hope to ensure a safe future for all. In India, our work focuses on climate modelling to develop a better understanding of climate variability at regional scales. We study the risks and vulnerabilities of key sectors such as water, health, agriculture and industry. Our work in climate science is inextricably linked to policy research and recommendations for the Indian government to shape its domestic policies, as well as contribute to its position in global negotiations. Through a number of initiatives, we are beginning to extend our knowledge and research in climate science and policy to other emerging economies. 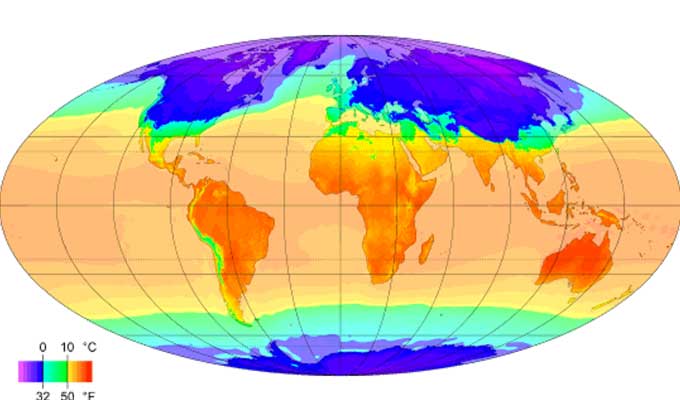 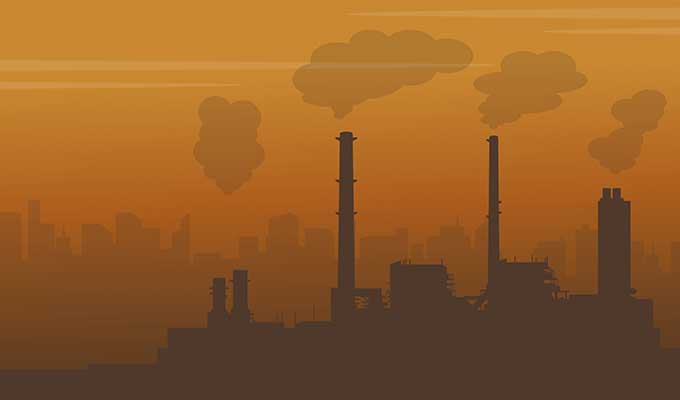 SHEETAL: Alliance for Sustainable Habitat, Energy Efficiency and Thermal Comfort for All

The first high-level meeting of the India-EU Track II dialogue on Finance Working Group jointly curated by TERI, Institute for Sustainable Development and International Relations (IDDRI) along with the European Climate Foundation (ECF) took place successfully on December 16th, 2021. The meeting was attended by over 10 experts representing leading think tanks, industry and academia from India and the EU, who have been instrumental in driving climate action in both regions.

Managing Heat Stress during the COVID-19 Lockdown in 2020

Due to the increase in anthropogenic activities, global temperatures have shown a warming trend of approximately 1°C (likely between 0.8°C and 1.2°C) above pre-industrial levels. Annual surface air temperatures over India also have shown increasing trends of similar magnitude during the period 1901–2014. The Sixth Assessment Report (AR6) of The Intergovernmental Panel on Climate Change (IPCC) released in 2021 has predicted heat waves and heat stress to be more intense and frequent during the 21st century in South Asian region including India.

The twenty-sixth session of the Conference of the Parties (COP26) to the UNFCCC, that is, The 2021 United Nations Climate Change Conference has sent a clear message to global corporates and executives—to direct their investments in innovative projects and new technologies, reassess their business models and carbon footprint in order to make a rapid and necessary transition to sustainability and guarantee a cleaner, safer, and healthier planet.

COP26 outcomes are a mixed bag

The Glasgow Climate Pact has been reached after much struggle. It is a mixed bag of partial successes and missed opportunities.

Two areas where COP26 completed its work with a reasonable degree of efficiency are related to finalising the carbon market mechanisms under Article 6, and completing the residual transparency arrangements under Article 13 of the Paris Agreement.

Considering the urgency of actions needed to address climate change, it is encouraging to see India announcing ambitious 2030 targets along with initiatives such as the Infrastructure for Resilient Island States (IRIS) and Green Grids Initiative— One Sun One World One Grid (GGI-OSOWOG).

A Critical Analysis of Article 4.19 of the Paris Agreement

While there is a growing narrative by countries to include adaptation within their long-term strategies (LTS), however such narratives have not translated into a very high-level of integration with concrete 'formulation' and 'communication'.

END_OF_DOCUMENT_TOKEN_TO_BE_REPLACED

CEM IDDI SIDE-EVENT: Roundtable on Building Leadership and Accelerating Action on Steel Decarbonization in Asia: Experiences of India and the Republic of Korea

The Energy and Resources Institute (TERI) in partnership with Evergreen Story is organising a virtual launch event for the Future Climate Leaders program on July 8, 2022 from 4 - 5 PM (IST).

Webinar on Mainstreaming Climate Change into Development Policies and Strategies

The multistakeholder dialogue is directly informed by the voices and experiences of men and women affected by environmental and climate hazards in India, Bangladesh and Nepal.

END_OF_DOCUMENT_TOKEN_TO_BE_REPLACED

India has improved the targets under the NDCs in response to anticipation of the international community as also the requirement of the Paris Agreement, noted Mr R R Rashmi, Distinguished Fellow, TERI.

Flaws in our emission reduction goals

Mobilising finance for employing low emission technologies and products is the other key intervention. Businesses do not take decisions merely on the promise of a goal. They require either a regulatory framework or a financial package that increases the scale of operations and reduces the risk on investments. The Reserve Bank of India has recently come out with a discussion paper on ways of mitigating climate risks for financial institutions. This should be taken to the logical end to devise the risk mitigation instruments that lower the cost of capital and risk of green investments.

Mr R. R. Rashmi, Distinguished Fellow, TERI, said the decision by India to update its NDCs is in line with the Prime Minister's Glasgow announcements.

According to the World Bank's analysis, the rising temperature and altered rainfall pattern brought on by Climate Change, might cost India 2.8 percent of its GDP by 2050. The reality is that India will still see an annual temperature increase of 1 to 2 degrees Celsius even if it implements every decision made in the 2015 Paris agreement. If no action is taken, the increase will be between 1.5 and 3 degrees Celsius per year. This year, the northwest region faced the hottest April in 122 years with temperatures touching above 40 degrees.

A delegation of TERI representatives along with the Director General Dr Vibha Dhawan had a meeting with the Chief Minister of Goa to brief him about TERI’s activities in various field of sustainable research, which could be implemented for the betterment of Goa such as renewable energy, climate change.

Under the ambit of Article 6 of the Paris Agreement, this issue brief explores the potential of a Japan –India partnership and examines the opportunities for shaping mutual ties through the Joint Crediting Mechanism.

India is the world’s third largest emitter of greenhouse gas emissions. At present, India accounts for a significant multimodal road transport sector contributing approximately 10 per cent of country’s total CO2 emissions, making it the second most carbon emitting sector in the country. Driven by rising population, income, and urbanization, under a business-as-usual scenario, India’s energy demand from transport is projected to increase six fold in 2050 from current levels.

The policy brief aims to analyse the bulk procurement program for Super-Efficient Air Conditioners which includes key business strategies and technical criteria. The paper further analyses the existing framework of the model and elucidates key takeaways for impact enhancement. It explores various international models available in the cooling sector to recognize their applicability in the Indian context to promote low GWP refrigerant based energy-efficient air conditioners.

Cooling with its wide range of applications viz residence, commercial, transport and cold chain leaves a significant carbon footprint due to its colossal energy consumption and refrigerant practices.

Climate change, from an economic perspective, can be understood as a market failure. The associated risks with this changing climate, as well as impacts on socio-economic systems in form of health, livelihood, food and water security, are projected to be higher with increasing global warming.

Understanding Perspectives: A Behavioural Study in the Indian Cooling Sector

The impact of climate change is manifesting itself in increasingly erratic weather patterns, and even these increasing in frequency and severity. Heat waves in the summer months across the hemispheres are becoming more the norm than the exception. The 2019 report by the International Panel on Climate Change (IPCC) estimated that around 2.3 billion people could be both exposed and vulnerable to heatwave events due to 1.5°C of global warming.

END_OF_DOCUMENT_TOKEN_TO_BE_REPLACED

We generate climate projections at global and regional scales and impacts, vulnerability and adaptation assessments in key sectors using established models and our in-house super-computing facility. We also conducts GHG inventorization and mitigation analysis. We provide national and international policy analysis and review, and contribute to key issues in negotiations encompassing adaptation, mitigation, technology, and finance. 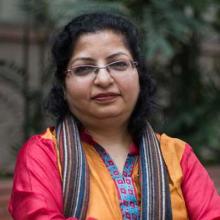 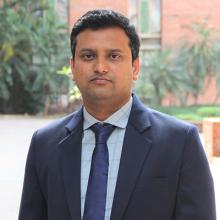