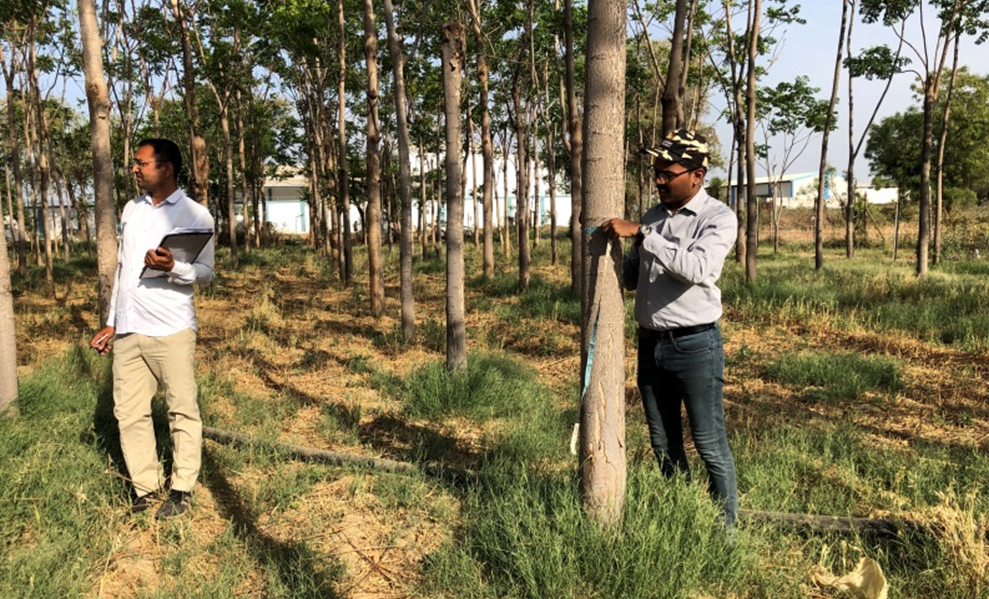 With the help of the Department of Forests, Gujarat, the TERI team has conducted the carbon stock assessment for 31 sample plots in the Mehsana district where the height and girth of every tree was measured. Using these parameters, the total CO2 equivalent was calculated as per the methodology given in IPCC GPG and FSI. The project is intended to generate carbon credits, which can be later sold to receive financial incentives for the stakeholders. These incentives will be distributed amongst the farmers of Gujarat which would serve as an additional income for them.

Themes
Forest & Biodiversity
Tags
Carbon finance mechanism
Carbon forestry
Carbon finance
This block is broken or missing. You may be missing content or you might need to enable the original module.