Air pollution is a global concern contributing to a wide range of health risks. According to the World Health Organisation data, around 7 million people die worldwide every year from exposure to the polluted air. More than 80% of people living in urban areas are exposed to concentrations higher than the level recommended by the WHO. India is one of the countries that are severely affected by air pollution. More than half of the world's twenty most polluted cities are located in India. Sensing the urgency, the Government of India launched the National Clean Air Programme (NCAP) with the aim to reduce pollution levels in 122 non-attainment cities by 20-30% by 2024.

In view of this, the Global Programme Climate Change and Environment of the Swiss Agency for Development and Cooperation (SDC) has initiated a project 'Clean Air Project in India (CAP India) to support India's efforts for improving air quality.

CAP India was launched in four cities — Lucknow and Kanpur in Uttar Pradesh, Nashik and Pune in Maharashtra — by SDC, and The Energy and Resources Institute (TERI) at the World Sustainable Development Summit 2020.

These four cities were selected after conducting a scoping study, which considered several factors such as severity and sources of air pollution, population density and associated health impacts, economic standing of the state, readiness or preparedness of state in terms of policies/regulation etc.

The CAP India project aims to support NCAP by demonstrating viable approaches for cities to address air pollution. NCAP was launched in January 2019 with a goal to meet the prescribed annual average ambient air quality standards across the country.

The goal of this project is to support India's efforts to improve people's health and well-being through better air quality, while contributing to environment and climate change mitigation.

The overall goal of the project is to support India's efforts to improve air quality, while contributing to public health, environment and climate change mitigation.

TERI and Swiss Agency for Development & Cooperation (SDC) conducted a launch event for the schools in Lucknow, Uttar Pradesh. The event on 5th August saw participation from at least 430 students & teachers from 30 schools. Dr Anand Shukla, Sr Thematic Advisor, SDC highlighted the need to be vocal about local environmental challenges such as air pollution. An interactive session 'Let's learn together' was also conducted by our fellows Ms Neha & Dr Anju Goel to discuss the impacts of air pollution. 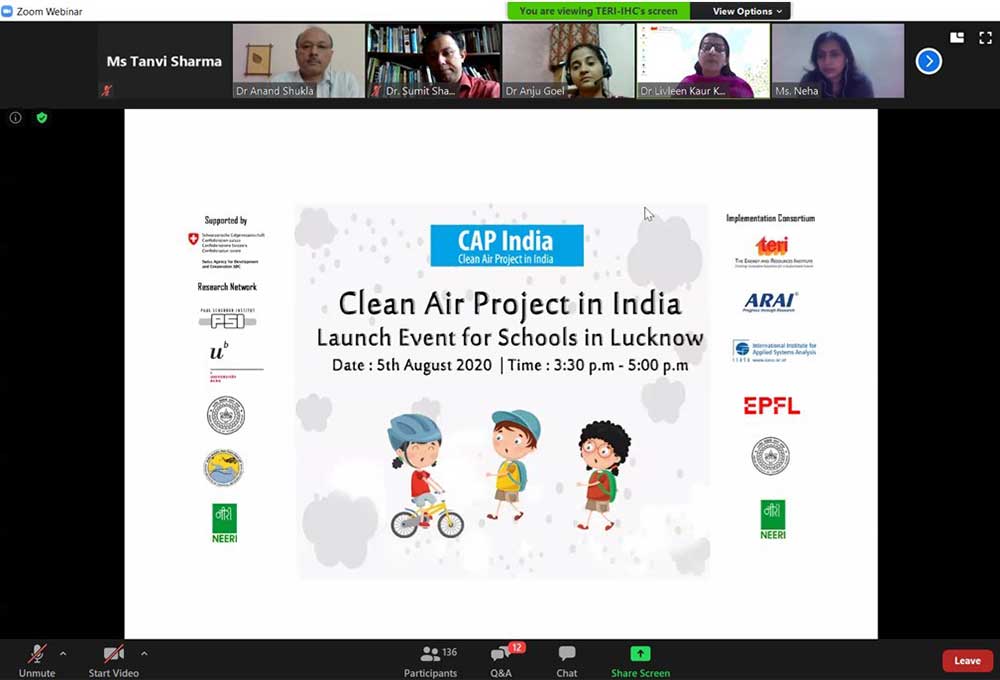 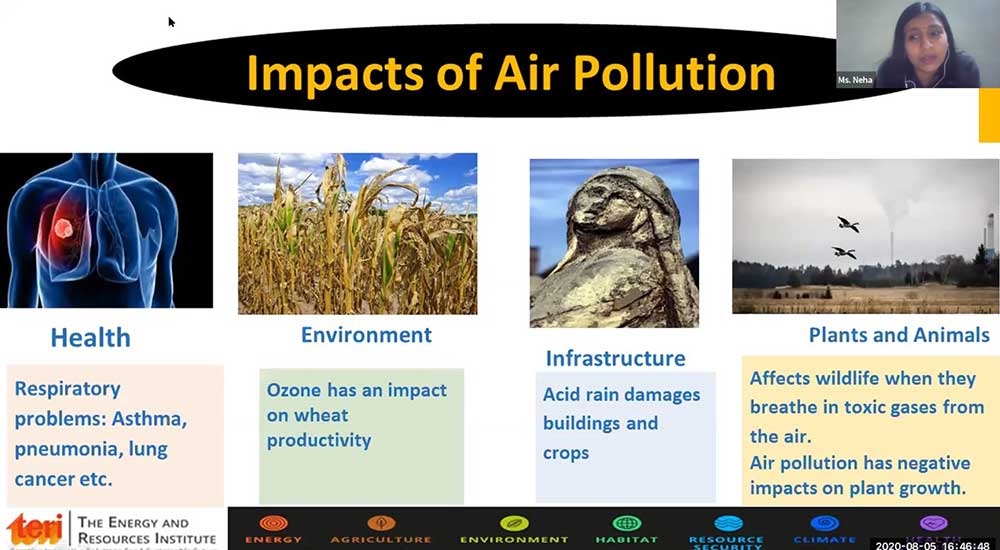 The launch of CAP- India in Kanpur was organised on 28 August 2020 through a webinar. The launch event received registration from 227 students and teachers from 9 schools in Kanpur, Uttar Pradesh. An interactive session with students was held to apprise them about air pollution, highlighting facts about Kanpur. This session was an infusion of quiz session, visuals on air pollution, and information dissemination on air pollution and its impacts and solutions.

Supported by: Swiss Agency for Development and Cooperation (SDC)

Tags
Air
Air pollution
Air pollution control
Air quality
This block is broken or missing. You may be missing content or you might need to enable the original module.