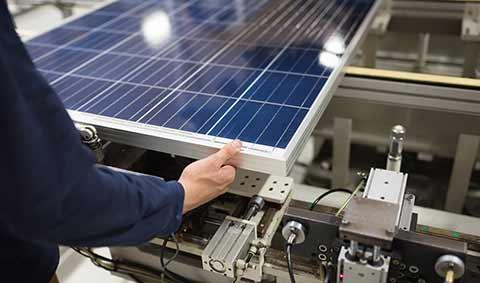 Duty on imported modules will increase solar power tariffs by around Rs.0.38 to Rs. 0.50/unit

August 1, 2018, New Delhi: Responding to the Ministry of Finance's notification to impose safeguard duty on imported solar panels, The Energy and Resources Institute (TERI) today asserted that this move will raise tariffs of future solar projects in India, impacting the competitiveness of the solar power sector. This move is also likely to result in higher Average Power Purchase Cost (APPC) for the buying utilities and higher costs to the consumers.

Over 90% of solar panels and modules used in Indian solar projects come from China and Malaysia, and the proposed safeguard duty is intended to protect domestic solar panel production from impacts due to increased imports.

Dr. Ajay Mathur, Director General, TERI, said, "Levying of safeguard duties may not help the domestic industry. It would on the other hand, increase cost of solar power, making it less attractive to the buying utilities, and thus jeopardising the pace of growth of development of solar power, which otherwise needs to be boost up at this juncture to achieve national targets for solar capacity and our commitments - the Nationally Determined Contributions - to the UN Climate Convention. A better option for promoting domestic industry is for the government to competitively procure, for its own use, solar electricity generated from only domestically manufactured panels."

India's solar industry is growing rapidly and is one of the cornerstones of a sustainable future for the country. However, the industry is still at a nascent age and requires constant policy support for a favourable environment for growth. As per the Ministry of New and Renewable Energy (MNRE), the present domestic manufacturing capacity of solar cells and solar modules is about 3.1 GW and 8.8 GW, respectively, whereas the 1.5 GW of solar cells and 2.0-3.0 GW of solar panels are installed annually; only 10% of the installations use domestic cells and modules. The main reason for underutilisation of the installed domestic manufacturing capacities is the inability of domestic manufacturers to compete with foreign manufacturers due to lack of economies of scale, technology performance and higher cost of the capital borrowed from banks and NBFCs.

The domestic industry has relied on the strategy of long-term price negotiation with the major suppliers, which does not help in improving competitiveness, and the imposition of safeguard duty at this stage could be counterproductive as a large number of new tenders are already out and large capacity of solar power is under installation where projects have been selected through a competitive reverse bidding process based on pre-safeguard duty price.

In view of the long-term energy security of India and also as a stated goal of the National Solar Mission, the Government of India has taken several steps to strongly promote domestic manufacturing capacity needs. These include a recent tender by the Solar Energy Corporation of India (SECI) linking allocation of Power Purchase Agreements (PPAs) of solar projects with setting up the domestic manufacturing capacity. A special scheme to promote solar PV manufacturing has also been proposed in the near future. These initiatives, TERI points out, are far more likely to result in both enhanced competitiveness of the domestic industry, as well as in increasing the scale of production in India. The government needs to balance the solar deployment targets and needs of solar manufacturing industry, only then can we achieve the solar targets along with energy security. 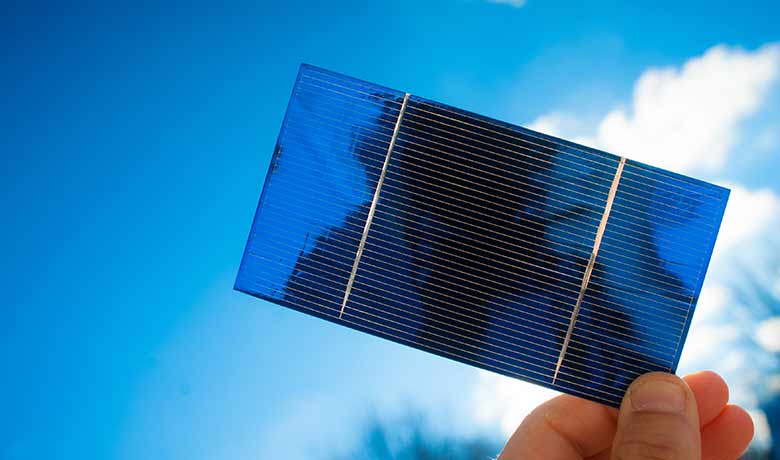 The safeguard duty notification is based on an investigation carried out by the Directorate General of Trade Remedies (DGTR), which had recommended the imposition of 25% safeguard duty on solar panels from China and Malaysia for one year, followed by 20% for the next six months and 15% for another six months. This investigation was in response to a complaint from the Indian Solar Manufacturing Association (ISMA) that cheap imported solar modules were adversely impacting the domestic solar industry. Based on the financial model on the pattern of the Central Electricity Regulatory Commission (CERC) with reduced rate of interest for debt, impact of the proposed safeguard duty at 25% ad valorem add about 15% to the levelised cost of electricity (LCOE). This would make the solar tariff higher than the APPC in some states, and thus make it less attractive to electricity distribution companies, which may then not be favourable to purchasing solar electricity, thus endangering the pace of growth of solar power and the achievement of national targets.

TERI has given recommendations to the Ministry of Commerce on the issue. To see the full document, click here.

The Energy and Resources Institute (TERI) is a leading think tank dedicated to conducting research for sustainable development of India and the Global South. Established in 1974, TERI has become the pre-eminent institution for research, discussion and thought leadership on environmental governance and sustainable development. The Institute is committed to the application of thought that drives action in the direction of tackling climate change. Over the last 40 years, TERI has worked with both the government for policy advisories and on the ground to bring change. It is globally distinguished for hosting the World Sustainable Development Conference, one of the largest international summits dedicated to accelerating the pursuit of sustainable development.