The problem of access to safe drinking water and sanitation facilities in urban areas of India is a major concern. There is a need to reuse treated wastewater in order to meet the current and future demands for water. 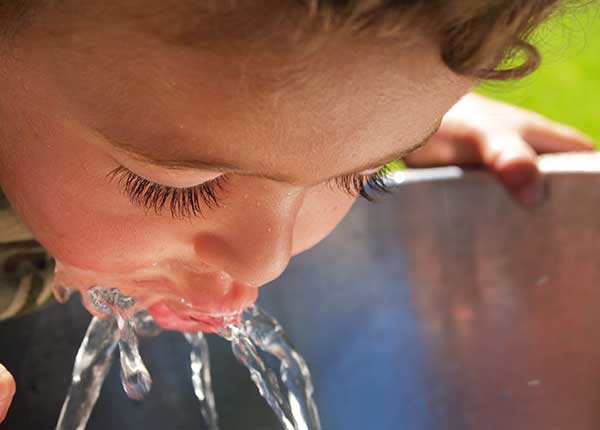 The consistent increase in the rate of growth of India's population has also led to the increase in demand for water, particularly in the urban areas where the rate of increase is highler compared to rural areas. In 2001, urban population was 285 million and assuming water supply of 135 litres per capita per day, the domestic water demand is estimated at around 38,475 million litres per day (MLD), whereas as in 2011 urban population was 377 million with a domestic water demand of 50,895 MLD. It shows that growth in urban population leads to additional water demand of 12,420 MLD in urban areas. The water supply of 135 litres per capita per day (LPCD) as a service level benchmark should be given for domestic water use in urban local bodies. However, currently as per Central Public Health and Environmental Engineering Organisation (CPHEEO), an average water supply in urban local bodies is 69.25 LPCD. This indicates that there is a vast gap between the demand and supply of water in urban areas of India.

The prevention of pollution of water sources is extremely critical in order to continue to supply water of quality standards. Available data suggests that pollution levels have increased in surface water as well as groundwater. More than 100 million people in urban areas exposed to poor water quality. The a lack of sufficient infrastructure, services and funds to support water and wastewater treatment facilities required for an urban area further exacerbates the problem. Moreover, the drainage and solid waste collection services are not adequate in most of the urban areas. The systems are either poorly planned and designed, or operated without inadequate maintenance. Use of natural capacities of soil and vegetation (green infrastructure) can be applied to absorb and treat waste water. Natural systems are found to be more cost-effective and require low building, labour and maintenance costs.

The time has come to have a retrospect view on the water use and misuse to take serious actions that will lead towards sustainable urban water management. Sustaining healthy environments in the urbanized world of the 21st century represents a major challenge for human settlements, development and management. Again, flexible and innovative solutions are needed to cope with sudden and substantial changes in water demand for people and their associated economic activities.

In order to meet the future urban water challenges, there needs to be a shift in the way we manage urban water systems. An Integrated Urban Water Management approach must be adopted which involves managing freshwater, wastewater, and storm water, using an urban area as the unit of management. The approach encompasses various aspects of water management, including environmental, economic, technical, political, as well as social impacts and implications. This will be one of the key topics of discussions at the 4th India Water Forum (IWF) to be organised by The Energy and Resources Institute (TERI) in association with the Ministry of Water Resources River Development and Ganga Rejuvenation, Government of India. The international convention has the broad aim of facilitating water for all in a safe and sustainable way, thereby aiming to achieve SDG 6.

This event will provide a platform to highlight current and future water related issues and recognize good water governance practices and solutions through discussions among water experts from various fields such as academics, research, policy, industry and civic society.