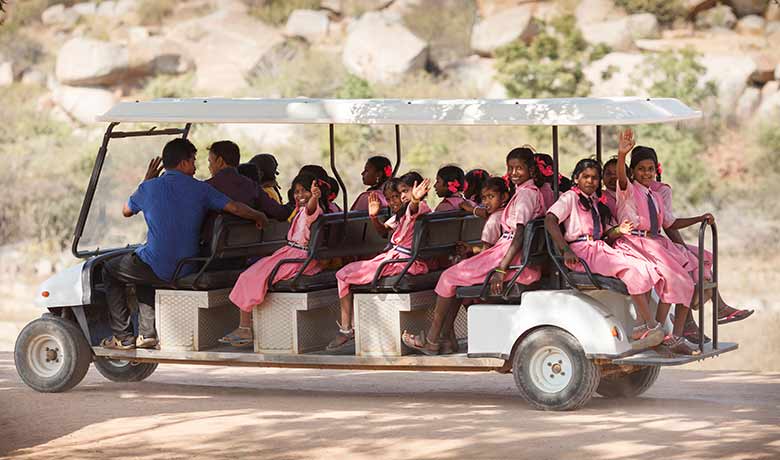 An assessment of co-benefits of low carbon pathway on air quality, human health and agricultural productivity in India

India has demonstrated its commitment to fast-track greenhouse gas (GHG) mitigation measures that align well with its development priorities. The National Action Plan on Climate Change (NAPCC) was launched in 2008, and a concerted effort was put in place to draw strategies that would help India in aligning its development with low-carbon actions. Moreover, the NAPCC also ensured that there was a broad spectrum of initiatives built-in towards such a goal. The intended nationally determined contribution (INDC) submitted by India to the United Nations Framework Convention on Climate Change (UNFCCC) in October 2015, is ambitious given that India has already been incorporating several low-carbon solutions and strategies across sectors. India has committed to reduce the GHG emissions intensity of its economy by 33–35% by 2030 as compared to the 2005 level. A consideration of co-benefits, such as improvement of air quality, expected reductions in human health impacts, increase in agricultural yields etc. against a business-as-usual (BAU) pathway, can significantly strengthen the case for proposed climate actions by tilting the overall cost-to-benefit ratio favourably towards the latter. Furthermore, as elucidated in the NAPCC’s approach of simultaneous advancement of India’s development and climate objectives, co-benefits are viewed as more meaningful objectives to pursue rather than outright climate mitigation. Therefore, it is extremely relevant that while assessing the implications of a low carbon growth trajectory for India, the co-benefits to be derived from proposed policy measures designed to mitigate climate change are also evaluated and quantified. Additionally, consideration of co-benefits will support more informed prioritization among available policy options.

In this context, TERI has conducted this study which is supported by the Shakti Sustainable Energy Foundation. The main objectives of the study were to carry out a co-benefits assessment of various energy policy scenarios. Four different alternative scenarios modelled within the energy (MARKAL) model, depicting varying levels of GHG mitigation options are considered to assess not only the CO2 emission reduction potential, but to also identify and examine the possible co-benefits of the alternative options. The co-benefits that are assessed and quantified include reductions in emissions of air pollutants, change in concentration of air pollutants, impacts on human health, and agricultural yields. The whole of India’s landmass is chosen as the study domain for the assessment. This study assesses the air quality improvement co-benefits of various energy development and mitigation pathways using integrated modelling techniques to convert energy use information under different scenarios to air pollutant emission and its corresponding impacts on human health and agriculture.

Key findings from the study

Themes
Climate
This block is broken or missing. You may be missing content or you might need to enable the original module.