Nursing the economy back to health: A fiscally responsible green stimulus package

The discussion paper 'A Fiscally Responsible Green Stimulus' has proposals for a stimulus package to revive the economy hit by Covid19, through demand-side interventions instead of subsidies

This paper suggests measures for a green stimulus. These measures would lead to demand and job creation and accelerate India's transition towards cleaner air and a lower carbon economy.

Recognising that government revenues have fallen sharply and that there are many urgent claims on their limited resources, the paper explores ideas which can create economic demand and jobs, and result in substantial private investment primarily through policy and regulatory interventions.

By focusing on demand-side interventions instead of subsidies, the proposals aim to support initiatives that would – after the initial period of support – become independently viable, and which will, in turn, be able to generate employment. Some of the measures – such as those which aim to increase access to clean and reliable energy (both electricity and fuel) in rural areas – will also help power rural enterprises, creating virtuous cycles of investment and employment.

The proposals are summarised below:

Vehicular traffic is a significant contributor to air pollution and PM2.5 emissions. Incentivising fleet modernisation of existing vehicles to BSVI, use of electric vehicles and provision of buses for public transport are proposed.

The following measures are recommended:

The potential stimulus would be Rs. 160,000 crores per annum.

Announce a commercially viable procurement price for the next five years for briquettes made from crop waste. Briquettes would be used as fuel for co-firing, up to 10%, in thermal power plants.

The stimulus potential is Rs 22,470 crores per annum.

Introduce a commercially viable feed-in tariff for purchase of electricity generated from animal husbandry waste (excreta from cattle, poultry, pigs, etc.) by Distribution Companies. The slurry waste can be additionally sold as organic manure. The full use of animal waste may take 6-8 years.

This has an investment stimulus potential is Rs 88,000 crores. 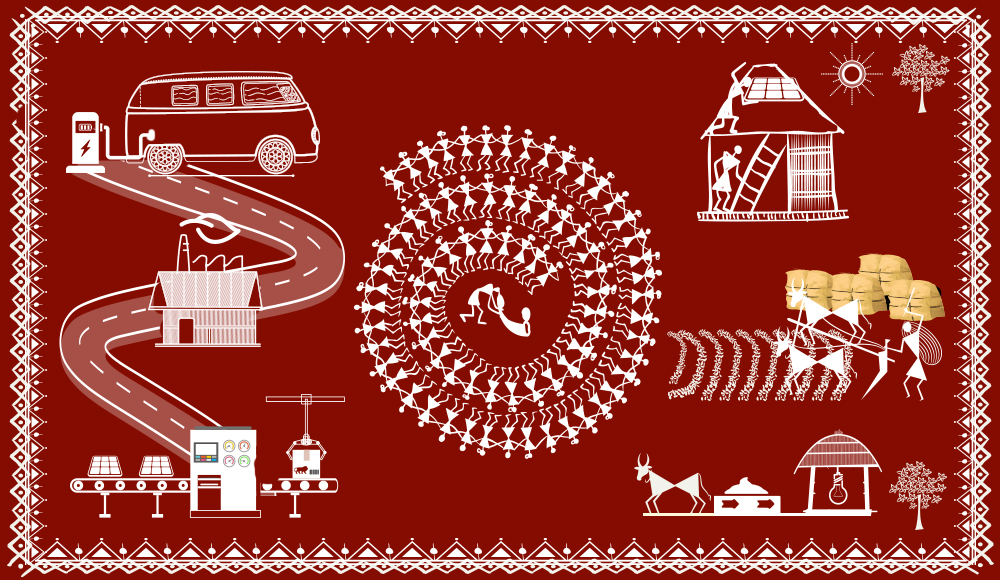 Announce a commercially viable feed-in tariff for purchase of electricity generated from rural areas in the kW range by Distribution Companies.

Farmers would get more income and the Distribution Companies would save around Rs 3 per unit. Assuming 1 MW potential in a village, the national potential is 600GW. It may take up to 10 years to achieve the full potential.

The stimulus package envisaged by the government can be used to finance investments in the MSME sector for enhancing competitiveness through energy efficiency.

India has around 700,000 registered factory sector manufacturing enterprises. Achieving an averaged 15% savings through energy efficiency measures would result in estimated savings of 7.2 billion kWh (valued at over Rs 5,700 crores) every year.

Invite bids for solar power with storage on the condition that manufacturing with full value addition would be done in India. This would result in self-reliance in this critical area.

Capturing the domestic demand for solar equipment would be able to generate value of Rs. 2,94,000 crores by 2030 through import substitution.

The total stimulus being proposed would be approximately Rs 40,00,000 crores (or 540 billion USD).