Marine plastic litter is a global result of our local actions and inactions. The focus should not only be on removing plastic but also on the creation of economic models, development of strategies, and proper prediction of future consumption patterns. 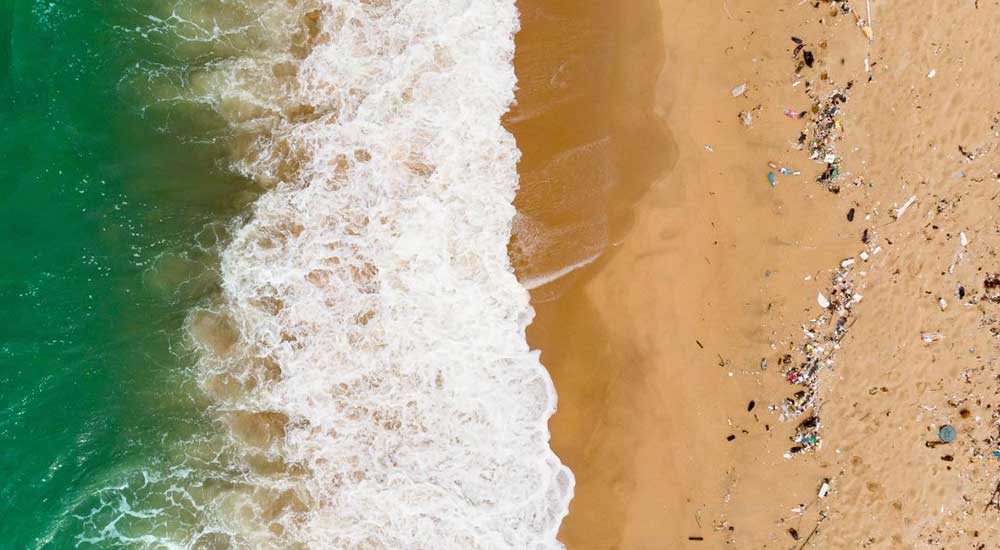 Plastic Free July is a global initiative that aims at reducing single-use plastics during the month of July. The worldwide campaign encourages and urges individuals to reduce single-use plastics that otherwise end up in our oceans. Today we observe that plastic litter has become a global challenge just like climate change. Oceans are the biggest dumping ground in which millions of tonnes of plastic waste is washed off every year. It is estimated that eight million metric tonnes of plastic flow into our oceans each year. On top of this, about 150 million metric tonnes of plastic debris is already circulating in our marine environments[1]. Marine litter is dominated by plastic waste especially single-use plastics which are not collected because of its low recycling value. Although plastic pollution is a huge problem on its own, it is relatively smaller in comparison to the menace posed by microplastics.

When plastic stays in the environment for a longer time, it breaks down into small tiny pieces or microplastics which further threaten the marine ecosystems. The threats and challenges faced by marine environments are many including global warming that cause alterations in ocean chemistry. Air pollution contributes to about one-third of toxic contaminants and nutrients that enter coastal areas and oceans. Agricultural runoff, with a large amount of pesticides and nutrients, runs into coastal waters resulting in oxygen depletion and killing various marine plants and species. Some other sources of pollution include oil spills, plastic pollution from land-based sources, sewage and runoff from factories and industrial plants, unsustainable fishing practices, and destruction of habitat and coral reef.

Bioaccumulation of tiny plastic particles inside the body of marine species and human beings who consume these marine species is most prevalent. These minuscule particles get swallowed by aquatic species and thus enter the food chain. Many researchers have demonstrated that microplastics are a part of plankton’s food chain[2]. Microplastics and destructive fishing practices have brought several marine species on the brink of extinction. There is a need for immediate action as about 90% of coral reeds in Asia and the Pacific region will be dead by 2050 and all the other commercially exploitable fish stocks will disappear. Only 2% of our oceans are protected as marine reserves which makes it an easy exploitation ground of natural resources[3].

Oceans have the capacity to absorb almost everything. Not just the plastic, but carbon as well, and this is known as “Carbon Sink”. Our oceans release about 88 thousand million tonnes of carbon from its surface every year. Blue Carbon is the carbon stored and sequestered in the soil and plants present in the coastal habitats such as mangrove forests, seagrass meadows, or tidal soft marshes. These ecosystems are special as they help address climate change by removing carbon dioxide from the system. These ecosystems can store up to 10 times the amount of carbon than a terrestrial tropical forest can hold. Blue carbon ecosystems also protect communities from storm surge and sea-level rise. International Union for Conservation of Nature (IUCN) along with the Intergovernmental Oceanographic Commission (IOC) of UNESCO with Conservation International is working on the International Blue Carbon Initiative that focuses on mitigating climate change by conservation and restoration of marine ecosystems.

Our oceans will face irreversible damage if not provided with adequate protection and corporate responsibility[4]. Asian Development Bank (ADB) earlier launched The Action Plan for Healthy Oceans and Sustainable Blue Economies for the Asia and Pacific region. This action plan seeks to provide financing and technical assistance for projects on ocean health and marine economy. This will primarily focus on four areas which aim at 1) creating inclusive livelihoods and business opportunities in sustainable tourism and fisheries, 2) protecting and restoring coastal and marine ecosystems and key rivers, 3) reducing land-based sources of marine pollution and 4) improving sustainability in port and coastal infrastructure development. 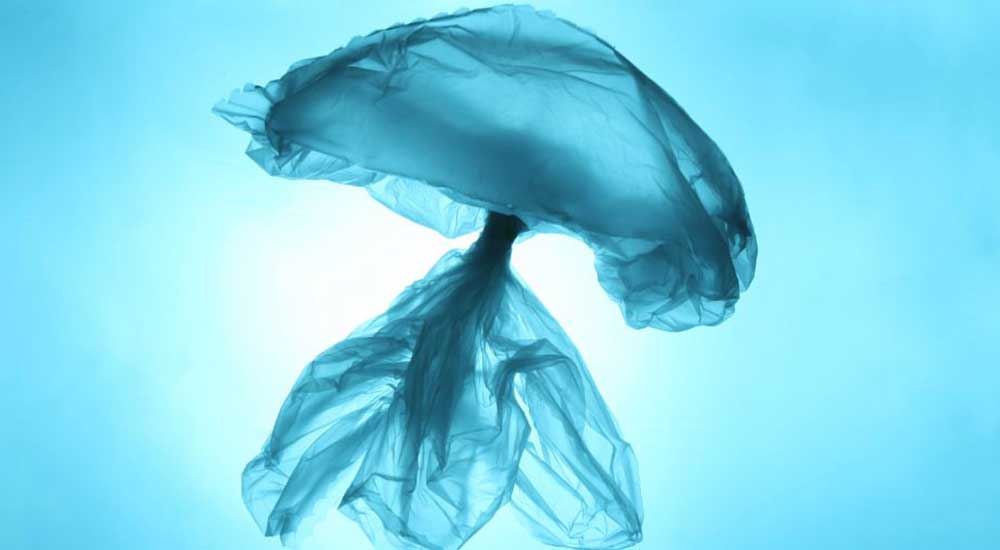 ADB also plans to launch its Oceans financing initiative as part of the action plan. This would create opportunities for the private sector to invest in bankable projects that will help in improving Ocean health[5]. This initiative aims to expand investments from ADB and technical assistance to $5 billion between 2019 and 2024 for promoting Ocean health and Blue economy[6]. Countries have been working towards achieving Sustainable Development Goals (SDGs) by 2030. They realize there is an urgent need to prevent and remove marine litter which is one of the sub-goals of SDG 14 (Life below water) whilst addressing the global crisis of inadequate waste and resources management for all, the sub-goal which is part of SDG 11 (Sustainable cities and communities) and SDG 12 (Responsible consumption and production). Sub-goal 14.1 focuses on preventing and significantly reducing marine pollution of all kinds, particularly from land-based activities and nutrient pollution.

The urgent problem that needs our attention now is the lack of infrastructure and unsustainable waste management practices. The focus should not only be on removing plastic but also on the creation of economic models, development of strategies and proper prediction of future consumption patterns. Additionally, countries should strive for better waste management practices, prioritizing circular economy and suggesting innovative ways to deal with this crisis. 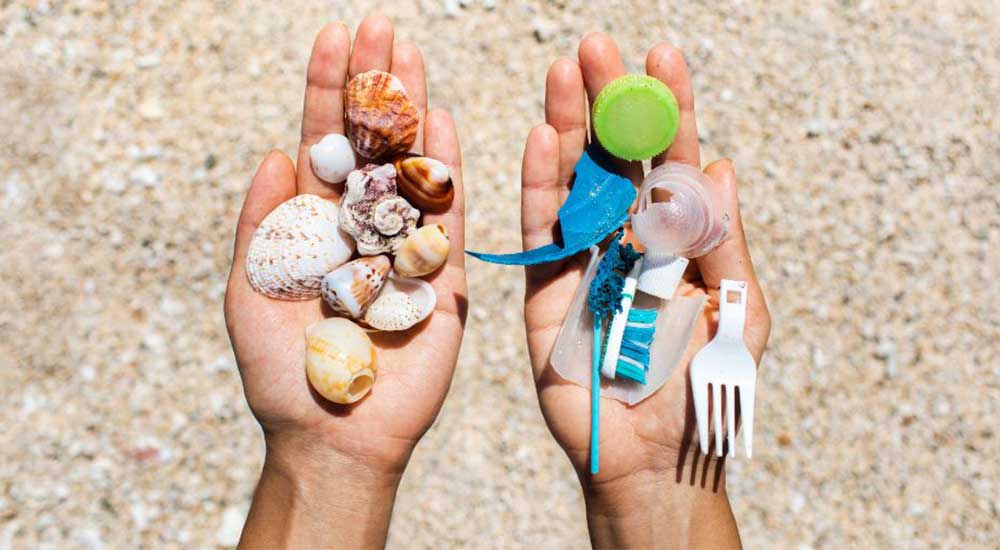 At a regional level, investing in sustainable recycling and waste management systems is the best way to overcome marine litter, building global partnerships will help countries to overcome this manmade crisis and enable the proper implementation of appropriate preventive solutions for keeping plastics out of our water bodies. United Nations launched The Global Partnership on Marine Litter (GPML) on June 2012 at the Sustainable development (Rio+20). It is a multistakeholder partnership that brings together all actors working to prevent marine litter and microplastics[7].

Private sector manufacturers as well as consumers have a key role to play in the overall canvas of arresting marine litter. The industry can catalyse the collection and recycling of plastic waste in the following ways:

Blue economy: An ocean of livelihood opportunities in India
Article