On 23rd September 2019, the United Nations Secretary General (UNSG) will host the 2019 Climate Action Summit. The Summit aims to showcase international transformational initiatives across a number of focus areas to demonstrate ambition for substantial emissions reduction. The Summit has established nine interdependent tracks, led by coalitions including governments and a wide range of partner stakeholders. The governments of India and Sweden are leading the industry transition track, supported by the World Economic Forum (WEF). This track will seek to develop ambitious and audacious proposals on emissions reduction from key industries, such as iron & steel, oil & gas, heavy-duty road transport, cement, aluminium, plastics, (petro-) chemicals, fertilisers, IT & logistics, e-mobility, aviation and cooling, including those industries in the MSME sector.

Indian industry has made important progress on energy and emissions reduction in the past, primarily through improving the energy efficiency of key industrial processes. This has helped industry to maintain competitiveness and reduce emissions. However, if long-term sustainable growth is to be achieved in combination with global ambition to address climate change, more fundamental changes will be required to reduce emissions by 2050 and beyond.

On 22nd May 2019, TERI, in partnership with the MoEFCC, convened a workshop on Indian Industry Coalitions, to discuss potential forward-looking proposals that India could present at the UNSG summit. It was agreed that these proposals should reinforce areas of competitiveness in the near-term, which could benefit Indian industry, using these as real-world examples to motivate global industry to take similar action.

The proposals put forward are for three clusters of coalitions:

The central concept of 'coalitions' was well received by all stakeholders from both government and industry, being highlighted as a key step towards collective progress. All participants acknowledged the pressing need for partnerships and championed the idea that a low carbon transition in the long term would only happen through effective coalition-building within industry, alongside targeted policy and regulation. It was also agreed that for a coalition to be successful, the objectives must be clear from the outset and should be specific and measurable.

Coalitions of industries would facilitate the near-term action (prior to 2030) required for a low carbon industrial transition, focusing on improving the efficiency of existing processes and the deployment of existing technologies and best practices.

The cement sector in India represents a good case study in terms of a coalition that has collaborated effectively to deliver significant increases in energy efficiency through the adoption of best-available technologies. As a result, the Indian cement industry is one of the most energy efficient in the world. Through this collaboration, the cement sector in India has also come up with an ambitious roadmap for decarbonisation out to 2050, identifying short- and long-term options for action. Such coalitions of industries are vital in supporting a 'clean growth' narrative, whereby industries are able to realise the dual benefits of improved competitiveness and reduced environmental impact.

During discussion on this proposal, industry representatives highlighted three areas of importance:

Moreover, participants came forward with three practical sub-proposals for the near-term, all of which received significant support. These included coalitions on (i) water sufficiency, (ii) carbon sequestration (primarily afforestation and commercial agro-forestry) and (iii) zero waste to landfill.

Coalitions of countries would encourage the development of policy frameworks to drive industrial emissions reduction, by sharing examples of effective existing policy and the potential for new policy. Successful examples of coalitions of countries include the Clean Energy Ministerial (CEM), which has been particularly impactful, covering a broad range of topics and ensuring key countries are included.

This approach is especially relevant for heavy industry, such as the 'hard-to-abate' sub-sectors, where there is no consensus on a best solution and all options look costly. Any country taking unilateral action would therefore be taking on significant risk. In such cases where technology exists but is not yet commercially viable, good policy can help unlock the potential.

Through coalitions of countries, India can champion and share successful domestic policies, including the Perform, Achieve and Trade (PAT) scheme, the Faster Adoption and Manufacture of (Hybrid and) Electric Vehicles (FAME) scheme, and the India Cooling Action Plan (ICAP). Participants of the workshop reflected that these policies have been successful as they pulled together collective wisdom, involving all players including industry in the policy design. It was highlighted that regulation will only deliver if the market is ready and willing to accept the new measures.

Coalitions of countries and industries

To deliver a low carbon transition at the pace required, coalitions of countries and industries will be required to support technology development from early-stage research to full-scale deployment. While some low carbon technologies already exist, there are still many processes, particularly within the 'hard-to-abate' sectors, where low carbon alternatives are a long way from large-scale adoption.

Action supported by countries and industries could include establishing new R&D programmes, developing working groups around key technologies, facilitating effective knowledge-sharing or improving access to finance. Existing examples of organisations which aim to encourage this kind of international collaboration on technology innovation include Mission Innovation and the International Energy Agency through their Technology Collaboration Programmes (TCPs).

Indian industry representatives reinforced the need for close collaboration between government and industry in these endeavours, including agreeing the best approach to effort-sharing in developing new technologies. This included government providing early-stage finance and support for those technologies that are not yet commercially viable. Participants agreed that international collaborative programs on innovation and technology development for technologies that are not yet commercially viable can help support the long-term industrial transition. Examples include the use of carbon capture and utilisation in the cement sector or the use of Hisarna technology in the steel sector.

The workshop reinforced the need for coalitions as platforms where countries and industries could structure their journeys towards a low-carbon industrial transition in the form of collective action and coordinated roadmaps, with clearly identified benchmarks. TERI, in partnership with MoEF&CC, will continue to play a role in keeping this group of industries alive, steering it towards ambitious and audacious action.

Prior to the UNSG Summit, TERI will convey the outcome of the Indian Industry Coalitions workshop to MoEF&CC, who will use this to bring together views across ministries, and to advise the Prime Minister on proposals to be made at the UNSG Summit. Simultaneously, TERI will:

Climate action: Industries need to be frontrunners for a low-carbon future
Article 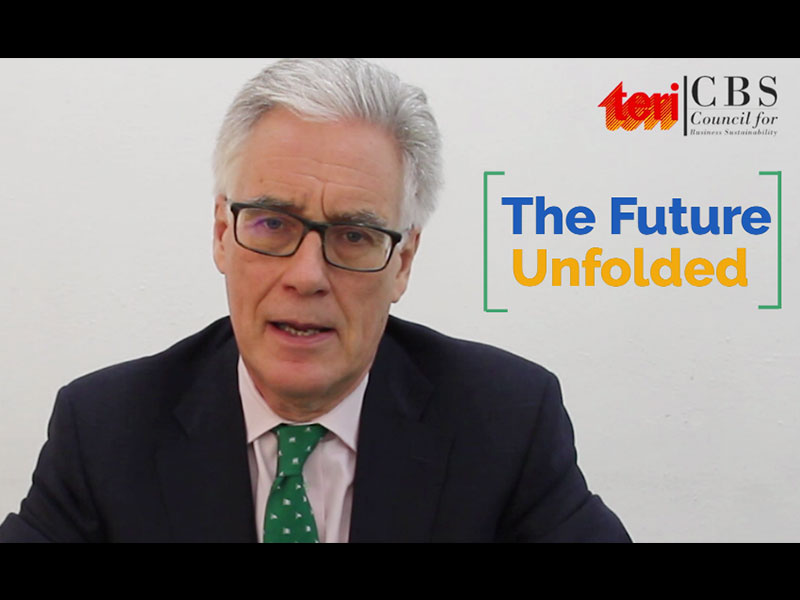