Marine litter is a major issue in the coastal areas of South Asian countries. 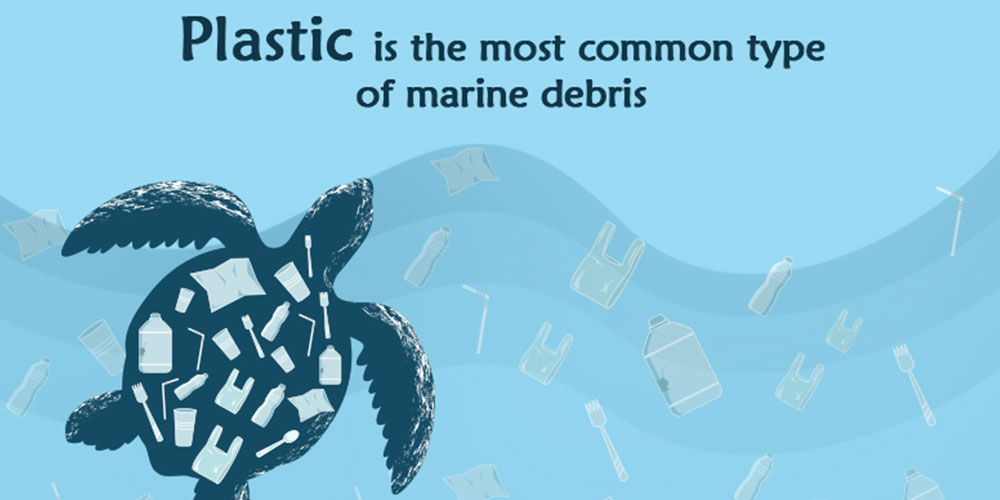 The South Asian Seas region includes the Indian Ocean in the South, the Bay of Bengal in Southeast, and Arabian seas in South-west bordering Bangladesh, Maldives, India, Sri Lanka, and Pakistan. The SAS region is highly endowed in ecological diversity including estuaries, river deltas, lagoons, mangrove forests, coral reefs, sea-grasses, and coastal wetlands that support and provide diverse habitats to many species. The region hosts 15% of the world’s total flora and 12% of the global fauna, that is threatened by pollution as it is the most densely populated region, including a quarter of the world’s population, i.e. about 1.8 billion people [1],[2]. These developing nations, with high population density and low income, are low on development indicators, and greatly dependant on natural resources[3]. The pollution caused by each country is unique and depends on the type of development activities in that country, population size, income, and type of industry, etc.

Marine litter/debris is solid waste that enters the waterways either directly through dumping or indirectly by beings washed out into streams, rivers, and seas. It is created by humans and discharged into coastal or marine environments, resulting from activities on land or at sea[4]. A major source of marine debris and waste can be attributed to land-based pollution, which includes pollution from municipal solid waste. The debris items can broadly be divided into macro-debris (>20 mm diameter), meso-debris (5–20 mm) and micro-debris (<5 mm) [5]. Plastic is a major source of this pollution, at least 8 million tons of plastic leak into the oceans every year[6]. There is over 150 million tons of plastic waste in the oceans today, and without significant intervention, there could be more plastic than fish in the seas, by weight, by 2050[7]. Other persistent materials discarded into the sea include metal, lumber, glass, rubber, styrofoam, cloth, foam rubber, etc.

The solid waste generated in the SAS region is from a domestic and industrial source, including hospital waste. The quantity of solid waste generated by the SAS Region is estimated at about 70 million tonnes per year (about 0.12-5.1 kg/person/day)2. The waste is mostly composed of paper, plastics, and biodegradable matter[8]. In Bangladesh, India, Pakistan and Sri Lanka, only a fraction of the solid waste generated is collected while the rest is dumped in open areas. This waste eventually finds its way into the coastal waters during the rainy season, via rivers, streams, and mangrove swamps which are used as dumping sites.

The status of solid waste generated in each of the five SAS nations is captured below:

In conclusion, in the SAS coastal region, poor solid waste management has resulted in marine pollution. Some reasons attributed to poor waste management include managerial issues such as non-compliance with rules set by municipalities and pollution control boards, lack of awareness on best practices, infrastructure issues such as lack of proper waste collection and storage, open dumpsites, and open garbage trucks all contributing to leachate entering the water systems resulting in accumulation of marine debris.

The quantification and reporting of marine debris are comparatively poor, and data collected does not follow a reliable and consistent methodology but is instead lies in the form of reports prepared by different groups[21]. Marine litter/debris now has become a serious issue due to lack of knowledge on quantities of debris, its effect on the marine environment, and lack of environmental awareness. In addition to this, the life cycle of marine debris in the oceans is unknown due to lack of data on various sources of pollution, spatial and temporal variability affecting marine debris and variability in its distribution. It is important to follow a standardized scientific monitoring protocol for this debris to understand its life cycle at a local, national, and global level. Standardized monitoring protocols are needed to assess the implementation of existing regulations and standards. Cooperation and collaboration at the local, regional, national and international level along with an increase in public awareness generation and ecological consciousness are necessary to curb marine pollution. The solution to coastal pollution and marine litter is likely to be found in a transition towards more sustainable ways of production and consumption as promoted by the Sustainable Development Goals (SDGs).

Moving forward the focus is now on cleaner oceans. For example, Government of India as a part of the World Environment Day in 2018 committed to establishing a national and regional marine litter action campaign as well as a program to measure the total marine plastic footprint in India’s coastal waters. Local interventions by NGOs and community groups are demonstrating that a multifaceted approach to urban solid waste management is effective and cost-efficient[22]. With the Swachh Bharat Movement, some urban local bodies have effectively applied best practices to solid waste management and become examples for the rest of the country to follow. Coastal cities of Surat, Gujarat and Panaji, Goa have shown how best management practices, when implemented correctly, can clean cities efficiently and thereby lead to lesser pollution in water bodies and coastal regions[23].

Plastic waste pollution: A minute to make, but years to break
Article 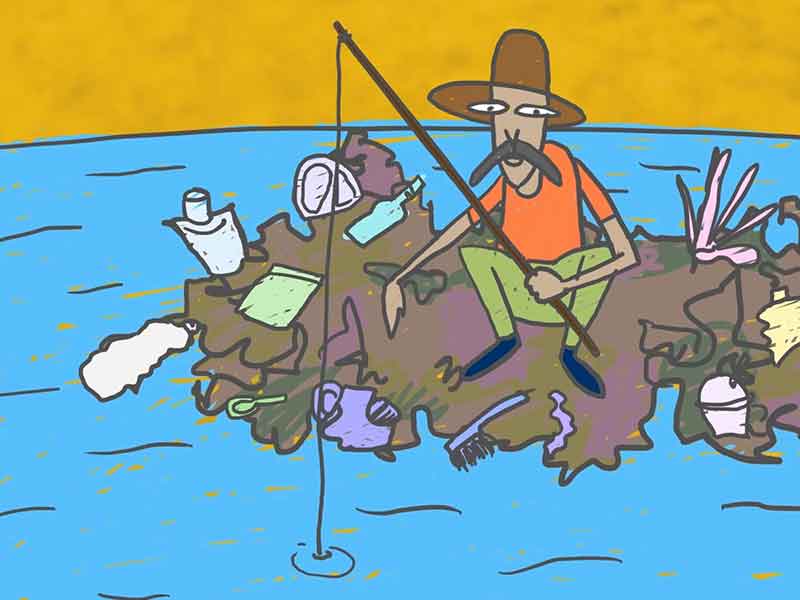