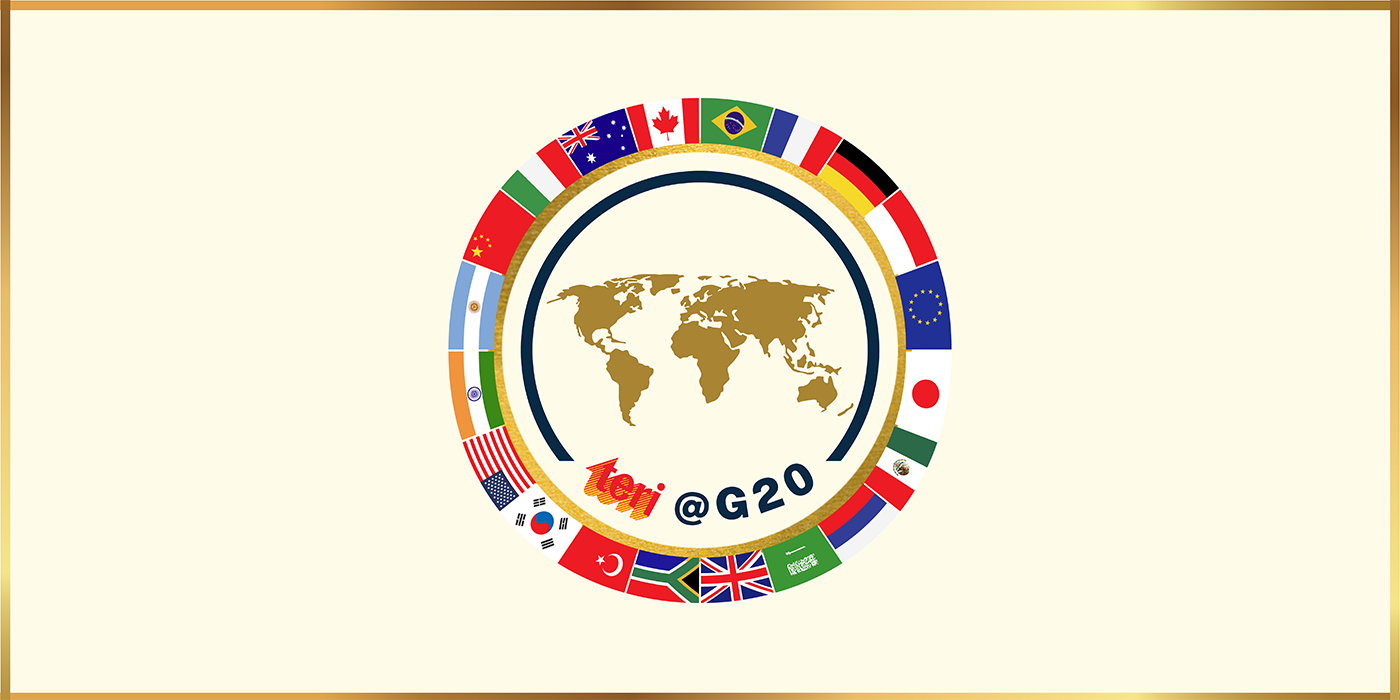 India assumed the G20 Presidency from Indonesia in December 2022. As a key intergovernmental forum that aims to seamlessly bring together 20 of the world’s developed as well as developing economies, the G20 plays a critical part in global economic governance. Over time, its ambit has expanded to include climate change, sustainable development, energy, trade, health and agriculture.

India’s year-long Presidency will culminate with the G20 Heads of State and Government Summit scheduled to take place on September 9-10, 2023 in New Delhi. In the course of the Presidency, India is expected to host over 200 G20 meetings across the country to deliberate on themes earmarked under the three workstreams – the Sherpa Track, the Finance Track and the Engagement Groups.

The Energy and Resources Institute (TERI) is engaged with multiple working groups across the three workstreams.

With the decarbonisation of hard-to-abate industries such as steel and cement being a priority area of engagement for the working group on energy transitions, TERI has been mandated by the Bureau of Energy Efficiency (BEE) to carry out a study on ‘Decarbonising Heavy Industries: Global Policies and Best Practices for Industry Transition’. The international partners of the study are UNIDO, SEI and CEM. The key findings of the study will be presented at an Energy Transitions Working Group IV (ETWG) side event on ‘Sharing Global Policies and Best Practices to Decarbonize Hard-to-Abate Sectors’ in April 2023 at Gandhinagar, Gujarat. The study will feed into the discussions under the ETWG during the Indian G20 Presidency.

TERI is also associated as a Knowledge Partner for the circular bioeconomy theme of Environment, Climate and Sustainability Working Group (ECSWG) of the Sherpa Track. We are also preparing a base paper for the Ministry of Environment, Forest and Climate Change (MOEFCC) whose key findings will be presented at the main segment of the First ECSWG meeting scheduled from February 9-11, 2023, in Bengaluru. The study will feed into the discussions under the ECSWG during the Indian G20 Presidency.

Dr Vibha Dhawan, Director General, TERI, will be chairing the G20's Think20 Task Force 4 on 'Refuelling Growth: Clean Energy and Green Transitions'. TERI will act as the host institution for this Task Force.

Discussions at the Task Force will focus on ways in which the green transition can be mainstreamed, the energy transition accelerated, and transition financing made more urgent and inclusive. It would also look into what can the G20 do in terms of providing technological assistance to reduce dependency on fossil fuels. Additionally, the Task Force will also deliberate on how the green transition can be just and sustainable for all the stakeholders ranging from households, citizens and companies.

From searching for channels to integrate green growth solutions into national development pathways to exploring instruments and institutions needed, domestically and globally, to ensure a swift energy transition in developing countries and building international collaborations, the following are the workstreams that Task Force 4 will be looking into-

At the Think20 Inception Conference held on January 13, 2023, in New Delhi, Dr Dhawan chaired the plenary session on 'Finding Consensus on Global Wellbeing: LiFE, Energy Transitions and the SDGs'.

Dr Shailly Kedia, Senior Fellow and Associate Director, TERI will co-chair the G20's Think20 Task Force 3 on 'LiFE, Resilience & Values for Wellbeing'. The Task Force will deliberate on the need to create a mass movement for sustainable consumption, where every citizen and stakeholder contributes to the green transition effort.

From discussions around the need for technologies, re-skilling initiatives, financial support through the development of robust, just, and inclusive economic systems, to exploring a new measurement matrix of well-being beyond GDP, the following are the workstreams that the task force will be engaged in- 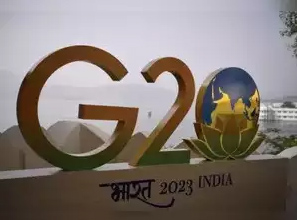 When countries negotiate climate action at high-profile international forums, local perspectives and leadership largely remain on the sidelines. According to UN predictions, by 2050, 75% of the world’s population would reside in urban areas. As a result, local leadership and governance will have an increasingly significant global impact, writes Rhea Srivastava, Research Associate, Transport and Urban Governance Division,

How will India as G20 President steer Energy Transition?

G20 leadership is an opportunity for India to shape the energy transition dialogue on its own terms. Prime Minister's personal commitment to the principle of Lifestyle for Environment may be a good basis for India to convince the rest of G20 about the legitimacy of transition that is just for both present and future generations. 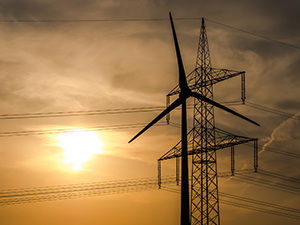 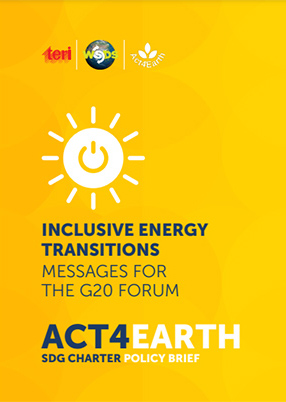 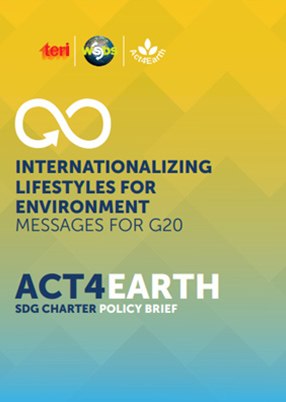 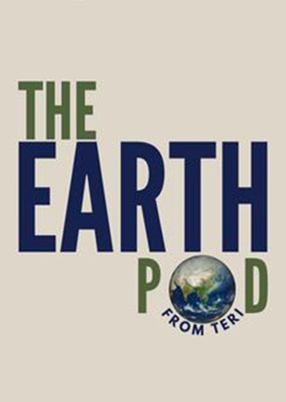