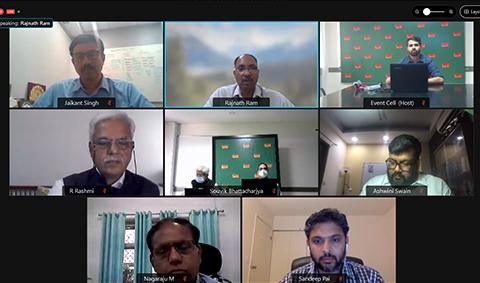 New Delhi, June 24: As India plans to transition away from coal for its energy demand, it needs to look for alternative revenue and livelihood sources for those associated with the industry, especially states for whom coal forms a major part of their revenues. The diversification of revenue sources for such states and their workforce can be undertaken by establishing industrial parks, solar parks, and battery energy storage projects.

These are some of the conclusions from The Energy and Research Institute's (TERI) working papers, launched today at a webinar on 'Just Transition – Planning for a Post-Coal Future'.

According to the International Energy Agency (IEA), coal consumption in India is projected to peak from 2030-2035, after which there will be a decline. However, as the papers point out, close to 1.2 million people in India are dependent on the coal sector, of which 3,55,000 are employed in coal mines. While a transition towards sustainable forms of energy is much warranted, there is a growing concern related to labour displacement in the existing coal value chains.

"It's too early to write an obituary for coal. It is not going anywhere in 20-30 years and its net share in India's energy mix is going to remain. It is also the only way as of now to secure energy to vast millions of poor in country,” M Nagaraju, Additional Secretary, Ministry of Coal, Govt of India, said in his keynote address.

The first paper, titled 'Assessing Vulnerability from Coal Dependence and Need for a Just Transition', highlights that coal mining, apart from providing employment to many, is also a source of revenue for a number of states in India. The combined transfers, as reported by Coal India Limited, for the year 2019-20 to major coal mining states – including Madhya Pradesh, Chhattisgarh, West Bengal, Jharkhand, Maharashtra, Uttar Pradesh, Odisha, and Assam – was Rs. 430 billion.

Other key findings related to vulnerability of livelihoods and coal-dependent revenue are as follows:

Echoing the role coal plays in local infrastructure development, Rajnath Ram, Advisor (Energy), NITI Aayog, said, "Transition to a low-carbon economy and towards clean energy is important, but growing concerns related to labour displacement, revenues of states, and of the power sector need to be addressed.”

To mitigate the fallout of loss of such a huge source of revenue, the second paper, titled 'Harnessing opportunities for a Just Transition in India' suggests promotion and diversification of the industrial establishment of coal-bearing states away from the traditional reliance on coal revenues. This would help promote enhanced levels of economic activity, large-scale employment integration, and address the missing industrial gap that exists in the economy. This diversification of revenue sources can be undertaken by establishing industrial parks, solar parks, and battery energy storage projects.

Among these, the paper states that around 20% of the total potential employment in India (around 11 million jobs) comes from just the low-income food markets. It also suggests infrastructure financing through off budget borrowing mechanism, securitisation, and the new Development Fund Institution (DFI) which will look to finance big infrastructure projects by raising $41 billion over the next few years.

In the ensuing panel discussion, panellists from various sectors said that while it may be too soon to write an obituary to coal, it is important to start thinking about just transition issues now rather than when we are actually facing them. They also cited the importance of understanding political economy lock-ins in coal, exploring the role of labour unions, local population, and the informal economy in coal-bearing areas.

The webinar was held as a pre-event of World Sustainable Development Summit (WSDS) 2022. WSDS is TERI's annual flagship event that has been held for over two decades.

Tags
Coal economics
Sustainable development
Themes
Resource Efficiency & Security
This block is broken or missing. You may be missing content or you might need to enable the original module.