The 14th summit of the G20 countries takes place in Osaka, Japan on 28–29 June 2019. Leaders and Central Bank governors of around 19 nations and the European Union will gather to discuss various key issues related to global economy and finance.

Think20 (T20) – the research and policy advice network for the G20 – too is convening in Japan under its G20 presidency. Together, the world's leading think tanks will drive policy innovation to help G20 leaders address pressing global challenges and seek a sustainable, inclusive and resilient society.

TERI too has contributed three policy briefs for the T20 Task Force on Climate Change and Environment (2019), to contribute to and inform the discussions at G20. These include a policy brief on Energy Transitions.

There is a new paradigm of energy transition emerging. In several important sectors, the transition is now endogenous, driven by the achieved or imminent competitiveness of low-carbon technologies. This is the case notably for the power sector, energy efficiency, and increasingly for segments of the personal transport sector. However, other sectors such as industry and heavy transport are lagging behind. These sectors are particularly relevant for developing countries, which have large unmet material and freight transport needs. The whole international policy environment needs to evolve to reflect the new paradigm. International funding, research, and demonstration needs to shift toward shifting the frontier of decarbonisation options into the hard to abate sectors.

To promote a new paradigm in energy transitions in emerging and developed countries, the policy brief recommends the following measures for G20 member countries: 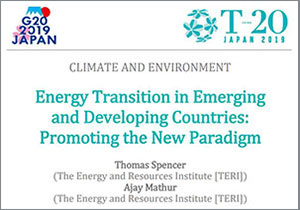 You can also read the other policy briefs below: 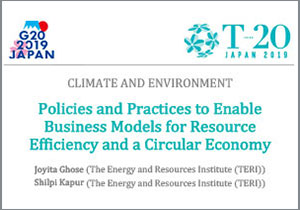 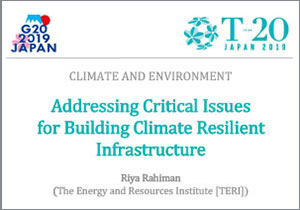