Could the National Capital Region serve as a control region for effective air quality management in Delhi?

Air pollution does not follow administrative boundaries, and needs to be tackled at the regional "airshed" level at which it is caused. Identifying the appropriate candidates for airshed management requires scientific analysis using systematically developed emissions inventories and dispersion models to simulate the impact of the estimated emissions on air quality. 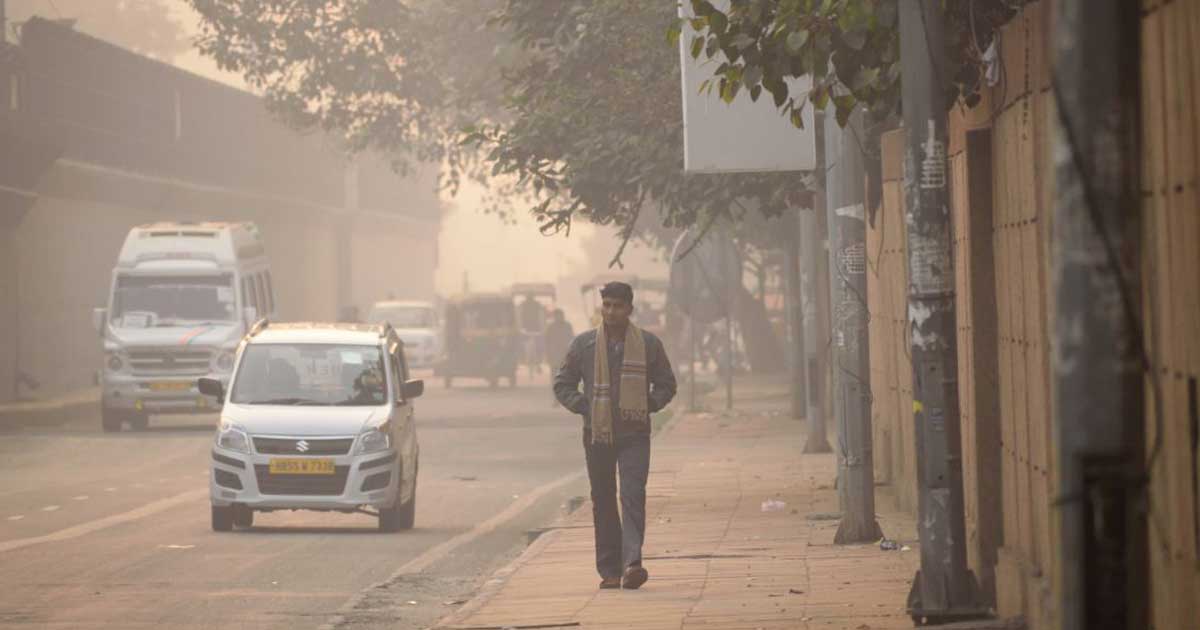 Our analysis suggests that the National Capital Region (NCR) could form a good approximation for one such airshed boundary, and that tackling the much-scrutinized air pollution issue in Delhi would benefit from greater coordination at the NCR level. 50-70% of the contribution to air pollution in Delhi and the other NCR cities is from within their city boundaries and from the rest of the NCR. In addition, given the many pollution control efforts over the last two decades in and around Delhi, there is a foundation on which to build. 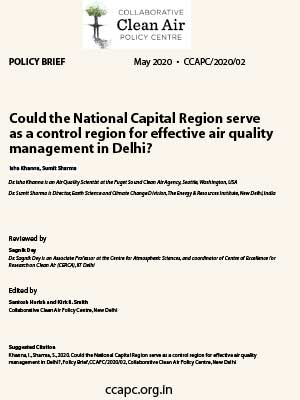 Compared to air pollution in the developed world, the problem is more complex and severe in India, mainly due to a combination of rapid urbanization, fast-paced industrial development and also due to continued use of traditional fuels and combustion technologies. This deterioration of ambient air quality has been attributed with 1.24 million premature deaths and 38.7 million disability adjusted life-years (DALYs) loss in India resulting in a national public health crisis. DALYs attributable to ambient particulate matter pollution was highest in the north Indian states of Uttar Pradesh, Haryana, Delhi, Punjab, and Rajasthan.

While Delhi has its own sources, there are also several sources that contribute to the deterioration of air quality from outside its boundaries. The rapidly developed towns around Delhi not just contribute to air pollution in their own areas but also add to Delhi’s PM2.5 concentrations. Similarly, Delhi’s pollution affects the air quality in these towns as well. In addition to these towns, the rural region through its biomass-based sources, contributes significantly to the regional air pollution problem. Besides Delhi with a population of 18 million, the NCR includes 18 cities and towns, and rural areas. In total, the population in this region is about 46 million. The towns have witnessed even higher rates of development, industrialization and urbanization than Delhi, and have also shown equally bad air quality parameters. In fact, cities like Ghaziabad and Noida, which are downwind predominantly to Delhi, show even higher pollutant levels than Delhi.

Besides vehicles, biomass burning for household purposes also plays a major role in NCR’s air quality with about 1.5 million households still using biomass. While several industries have been moved out of Delhi, they have been set up the NCR and continue to contribute to pollution. Further, there are 11 thermal power plants in NCR: of which the only one has taken measures to comply with the gaseous pollutant standards. Additionally, there are more than 5000 brick kilns operating in NCR, only some of which have converted to the cleaner zig-zag technology. There are seasonal sources as well. Stubble burning is a major contributor at the onset of winters, while dust from western parts of India and countries on the western side of India plays an important role during the summers.

These sources fall under the administrative control of different states. Besides Delhi, the NCR consists of areas falling in three neighboring states: Uttar Pradesh, Haryana, and Rajasthan. Atmospheric transport of pollution leads to impacts of far-off sources in the downwind areas from the source. While air pollution recognizes no administrative boundaries, the administrative bodies have so far not been able to significantly coordinate and take collective decisions for air pollution management in NCR.

Air Quality Management Districts (AQMDs) have been successfully created in various parts of the world, including in the United States, China and Mexico. An agency to manage air quality at the level of the NCR therefore merits consideration. The AQMD could have a governing board with representation from all the districts in the NCR, and with an advisory board with academic and civil society groups. A large number of state pollution control boards lack capacity in terms of manpower and finances, and hence, developing mechanisms to share resources would help in capacity development by leveraging the technical capabilities of one state for other states as well.

Importantly, airshed management does not mean that city or state governments can shirk responsibility. Instead, regional management only complements and coordinates across actions within these cities and states.

Cities in Delhi-NCR are among the most polluted cities in the world. With rapidly growing towns, it is highly likely that air quality will worsen if no aggressive measures are taken at a regional scale. Air quality management plans and listed control measures are being implemented in these cities individually, with varying levels of stringency, to little effect. The AQMD can look at the issue at a larger scale, integrate action plans, reduce duplication of efforts, and may bring economies of scale in implementation.

10 things the Budget can do to clean the air
Infographics