The annual Darbari Seth Memorial Lecture series was initiated by The Energy and Resources Institute (TERI) in 2002 in the memory of the institute's visionary founder and noted technocrat-industrialist, Darbari S. Seth. Under his guidance, TERI emerged as one of the leading knowledge institutions in the field of sustainability and climate change. 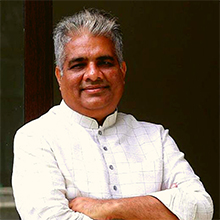 Shri. Bhupender Yadav is currently a cabinet minister and is the Hon’ble Minister of Environment, Forest and Climate Change, and Minister of Labour and Employment since July 2021. Mr. Yadav is a member of Rajya Sabha and Advocate at the Supreme Court of India. He has co-authored Supreme Court on Forest Conservation published by the Universal Law Publisher, 2005; for nine years i.e. 2000-2009 continuously published ‘Nyayapravah’, a legal magazine published by the Akhil Bharatiya Adhivakta Parishad and various articles published in ‘Nyaypravah’ and other leading newspapers and magazines. 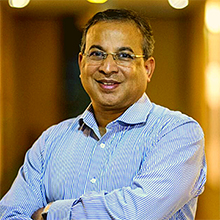 Dr. Praveer Sinha is the CEO & Managing Director of The Tata Power Company Limited (TPC, Mumbai), India’s largest integrated power utility. Dr. Sinha has nearly 36 years of experience in Power Generation and Distribution sector in India. Prior to his present role, he had served as the CEO&MD of Tata Power Delhi Distribution Limited (TPDDL), a Public Private Partnership with Delhi Government. He is a qualified Electrical Engineer and has done Master’s in Business Law from National Law University, Bangalore. He has also done his PhD. from Indian Institute of Technology, Delhi.

He is a visiting Research Associate at Massachusetts Institute of Technology (MIT), Boston, USA and is also a distinguished Visiting Scholar at the Faculty of Engineering and Architectural Science, Ryerson University, Canada. He is a regular speaker in various forums in India and abroad including World Bank, Niti Aayog, Massachusetts Institute of Technology (MIT) and Rockefeller Foundation. He is also the Co-Chairman of the CII National Committee on Power as also on various Industry bodies. 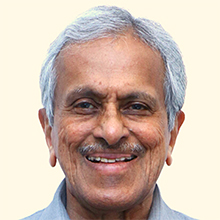 Mr. R K Krishna Kumar joined the Tata Administrative Service in 1963 and was appointed in Tata Industries. He obtained a Master’s Degree in Politics and Public Administration from the Madras University. Mr. R.K. Krishna Kumar was the Director of Tata Sons Limited, the holding company of the Tata Group from 2002 till his retirement in July 2013. Mr. Krishna Kumar was awarded the Padma Shri by the President of India in March 2009 for his contribution to the growth of Indian industry and trade. Mr. Krishna Kumar’s interests, besides professional areas, include philosophies of Science specially Quantum Physics and Cosmology.

Over the period of more than 50 years that Mr. R K Krishna Kumar has been with the House of Tata, he has served in several Tata Companies in various capacities. Prior to 1998 he was the Managing Director of Tata Global Beverages Co. Ltd., Chairman of Tata Coffee and Vice Chairman of The Indian Hotels Co. Ltd. He was also a Director of several Tata companies. He was Chairman of Tata Institute of Social Sciences. He was a member of the Governing Council of Tata Institute of Fundamental Research until recently. Mr. Krishna Kumar played a major role in the acquisition and integration of well-known foreign companies such as Tetley Tea - UK, Eight O’Clock Coffee – US and Grand Tea & Coffee – Russia, as part of globalization of the Tata Group. The acquisition of Tetley Tea, three times the size of Tata Tea, was India’s first trans-border acquisition in the Corporate sector. Mr. Krishna Kumar was closely involved with the execution of the project – Tata Medical Center, a major cancer treatment hospital in Kolkata. He is currently a Trustee on the Boards of Tata Trusts and is actively involved in key areas of social concern. One of Mr. R. K. Krishna Kumar’s key facets is his involvement in the Tata Group’s efforts towards nation building. He is a Trustee of various Trusts including Sir Ratan Tata Trust, Sir Dorabji Tata and the Tata Education and Development Trust. 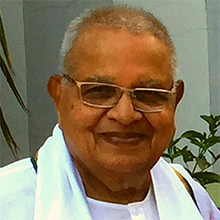 Guruji Shri G. Narayana is the Chairman Emeritus of Excel Industries Limited, formerly Chairman and Director of several companies and a Mentor, Contributor, Educator and Trainer in the spirit of Leadership and Management. He is a mentor to several chief executives, executives, lecturers, students, corporations, management institutions, universities, colleges, schools, and social, spiritual and voluntary organizations. He has adopted a missionary life of contributing and assisting several people to experience their inner light and potential, and for promoting peace and harmony amongst different people and groups.

He is the author of more than 600 books and articles on 108 Upanishads, Brahma Sutras, Bhagavad Gita, Tao, Zen, Holy Bible, Holy Quran, Dhammapada, Yoga Sutras, Bhakti Sutras, Management, Education, Leadership and Life and Spirituality. Most of these books are published by the Ahmedabad Management Association (AMA). Presently he invests his time and endeavours voluntarily in the service of Education, Industry, Leadership Development, Writing and Sri Sitarama Seva Sadan, a trust which contributes in the areas of caring for elders, education, water management, women entrepreneurship, health, environment and other social causes.