Changing the habit: Strengthening Water and Sanitation in Urban Settings

Under 'Strengthening Water and Sanitation in Urban Settings', a project partnering Coca Cola Foundation, USAID, TERI University and The Energy and Resources Institute (TERI) in 2014, Chennai and Kolkata slums came together to battle open defecation. The project focused on Water Sanitation and Hygiene (WaSH) related issues in two states of India, West Bengal and Tamil Nadu. The study areas were select slums in Kolkata and Chennai.

The local implementing partners, Development Action Society (DAS) in Kolkata and World Vision India (WVI) in Chennai, have been working in consultation with TERI University for on-ground implementation of the project. During the first phase, a comprehensive cross-sectional WaSH related health risk analysis was conducted including variables like social, livability, gender and occupation. Models were developed for conducting capacity building exercises with the community, effective outreach programs and communication strategies focusing on Women and Children. 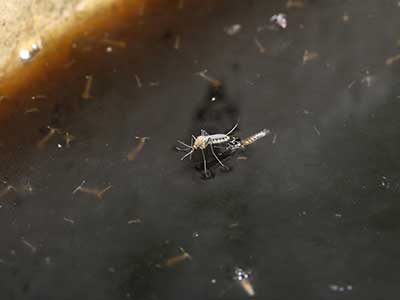 In Kolkata, the incidence of diseases was high with widespread diarrhoea, malaria and jaundice being the most prevalent ones. The reasons identified for the diseases were direct ingestion of unsafe water, spread through vectors due to stagnation of water and poor drainage system, and physical contact between water and humans happening during the monsoon season. The prevalent notion amongst community and NGOs was that most health issues were because of impure drinking water. Water testing was undertaken to identify the exact problem, and it was revealed that drinking water in the community was safe and within the permissible limits. Through interaction with the health officers, health surveys and Focused group discussions (FGDs) it was found that the health incidences were due to poor drainage and sanitary conditions, and ingestion of faecal coliforms during the monsoon period.

Presiding the need assessment study and water quality analysis in the three sites of Kolkata; Dhapa Durgapur, Dhapa Dhipi and Dhobiatala, it was understood an immediate intervention in sanitation and hygiene was needed. Dhapa Dhipi slum got selected for provision of sanitation services as the intervention. This site was adjacent to the main road and had basic amenities needed for the sustenance of the facility, like water, electricity poles, ease of access to the community as well as floating population; extending the impact to about 1000 people per day. These factors would definitely result in better financial operation of the community toilet, high impact and a greater probability of replication in other communities. This complex is expected to be ready by the end of June 2017.

Expected outcomes include immediate access to improved sanitation facility to about 100 HH ( more than 600 people), followed by improved access to all, and eventually, reduction in WaSH related diseases of over 100 school children and 1000 local residents leading to an increase in slum dwellers' earning potential. Participation of relevant stakeholders including local community shall also ensure the long-term sustainability of the programme.

In Chennai, open defecation was the pressing problem of the community, causing diseases like diarrhoea, typhoid, jaundice and malaria in select slums of NC Nagar and Ezhil Nagar. Lack of adequate safe sanitation facilities in the area is seen as the main causes for widespread diseases. The project intervention here, to revamp the defunct community toilet began in March 2017 after a unanimous demand from the residents indicated via group discussions and personal interactions. This project intervention shall bridge the sanitation gap as it is expected to be used by more than 600 community members and floating population on a daily basis. 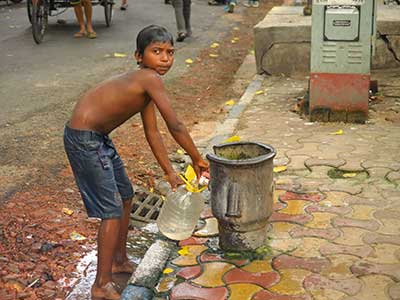 Even after installation of the toilet facility, a set of indicators shall measure the impact of the intervention, i.e. reduction in diarrhoea, malaria and dengue cases in the study area. A correlation will then be drawn on the reduction of these diseases in the community and data received from health centres (government and private) nearby. The reduction will be measured by the health records.

A community-based institution (CBI) has been created with a self-financing model and participation of relevant stakeholders in both the cities. The CBIs will be mentored and supported under this project for an initial period of six months along with a continuous patronage from DAS, WVI, TERI, a medical practitioner and the ward president in both the cities. The CBI will charge a user fee for operation and maintenance.

The community shall be sensitized for awareness generation and catalysing behavioural change through hoardings and banners on personal hygiene practices, proper storage and treatment of drinking water, safe disposal of waste; empowering CBIs to enforce sound sanitation practices; and declaration of ODF areas through notice boards. A Short documentary on the intervention and its impact is also under production.