Fuel price hikes and choices for sustainable transportation in India

What will be the possible impact of a rise in fuel costs, especially diesel, and some of the sustainable solutions for the short term and medium-to-long term horizons? Which mode of transportation would suffer most from higher fuel prices in India?

For the first time in India, the price of diesel overtook that of petrol around end of June 2020. The key reason for the movement of Indian retail prices of fuel opposite to the global fuel prices is the increase in tax component, especially excise and value-added tax. This is primarily done to cover the revenue gaps of state and central governments, which in-turn is on account of COVID-19 and acute economic slowdown.

The Kirit Parikh Committee Report on A Viable and Sustainable System of Pricing of Petroleum Products, 2010[1], had worked out the tentative retail prices for petroleum products in a deregulated market. It was worked out that the international petrol price should be $165 per barrel for the current petrol price of INR 80 per litre in Delhi. For diesel, the international price had to be over $170 per barrel for the current prices that we are witnessing in mid-2020.

The rise in fuel price would definitely impact the ownership and running cost of vehicles (including diesel vehicles), profitability/sustenance of goods vehicle owners, as well as the choice of new vehicle buyers. The impact of fuel prices is also on the transportation cost and the shift from an inefficient vehicle to an efficient one or even opting for alternative fuel subject to its availability. Some of the impacts are immediate and heavy on businesses that rely on transportation, while some are medium-to-long term impacts.

It is also an opportune time for the authorities to push for efficient, alternative, clean and sustainable mobility choices, and begin to rely less on carbon-intensive fuels like petrol and diesel.

According to the NITI Aayog, the transport sector is the second-largest final energy consumer in the country, and the level of energy consumption is expected to increase three times by 2042[2]. It is expected that, like in the United States, India’s transport sector could account for the highest share in the greenhouse gas emissions in the coming years under the business as usual scenario.

Shift to cleaner fuel has always been demanded from several quarters. A ‘nudge’ in the form of making access to fossil fuel difficult and switching to cleaner fuel through pricing mechanisms have been discussed widely and supported for a long period of time. The debate in favour of shifting to cleaner fuel is driven by key factors such as improving ambient air quality at the local level, energy security at the national level, and climate change at the global level.

It is also anticipated that the prices of petrol and diesel will continue to remain at a higher level and/or continue to increase in the long-term as well.

Indian customers, especially in the automobile sector, are one of the most price-sensitive buyers. With a continuous increase in fuel prices, the sale of small/efficient vehicles is expected to increase in the future. In the US, consumer preferences shifted towards hybrid vehicles, electric vehicles (EVs), and smaller vehicles while the demand for sport utility vehicles (SUVs) and bigger cars has declined since 2010.

Until the threat of the COVID-19 isn’t over, people are expected to shift away from public transport and move towards personalised modes of mobility, be it new/pre-owned cars or two-wheelers. In the longer term/post-COVID-19 scenario, with the higher fuel cost, people would shift to low-operating-cost vehicles and/or use public transportation.

Clearly, the economic advantage of purchasing a diesel vehicle over a petrol vehicle has been wiped out. With the current price level, there is, in fact, no payback period as a diesel vehicle is significantly costlier than its petrol variant. The sale of diesel cars started to decline since 2012-13 when the price of petrol and diesel began to move closer.

In the bus segment, where the number of registered buses stands at around 18 lakhs, the impact of diesel price hike is huge. The impact on this segment, which is primarily dependent on diesel, could be understood by looking at the key operators in the sector – private sector operators, which account for almost 90% of the registered vehicles, and the public sector comprising state transport undertakings and inter-state bus operators. The offloading of diesel price hike on to the users is relatively conceivable for the private operators, but the public sector operators would not be able to increase the fare significantly and would have to bear the burden of the increased cost of operation. In such a scenario, a targeted subsidy could be a way to ease the financial burden of public transport service providers.

For railways, which is the single largest retail consumer of diesel in India and where the tariff is regulated by the Railway Board, the increased price of diesel is unlikely to lead to higher passenger fare, especially under the current pandemic. It could, however, lead to increased freight tariff as part of the cross-subsidisation approach of Indian Railways.

Sustainable options for the passenger segment:

In the freight segment, where heavy duty vehicle is the predominant vehicle type, the entire ecosystem is dependent on diesel technology. There are very limited petrol variants of commercial vehicles, which are restricted to the light commercial vehicle (LCV) segment.

The cost of operation, by default, is going to go up, which would lead to further squeezing of margins of the truck operators. The price hike would also lead to increased overloading by the operators to maximize earnings, leading to reduced efficiency of vehicles. Organized players could have the leverage of offloading the price differential on to the final consumers. However, it is not a win-win option in both scenarios. In the former scenario, where operators would have to entirely bear the cost of price hike, they would be forced to sell or scrap old and inefficient vehicles and also bear the loss. In a scenario, where operators are able to shift the burden to the consumers, the cost of transporting goods would go up, leading to higher overall logistics costs.

Sustainable options for the freight segment: 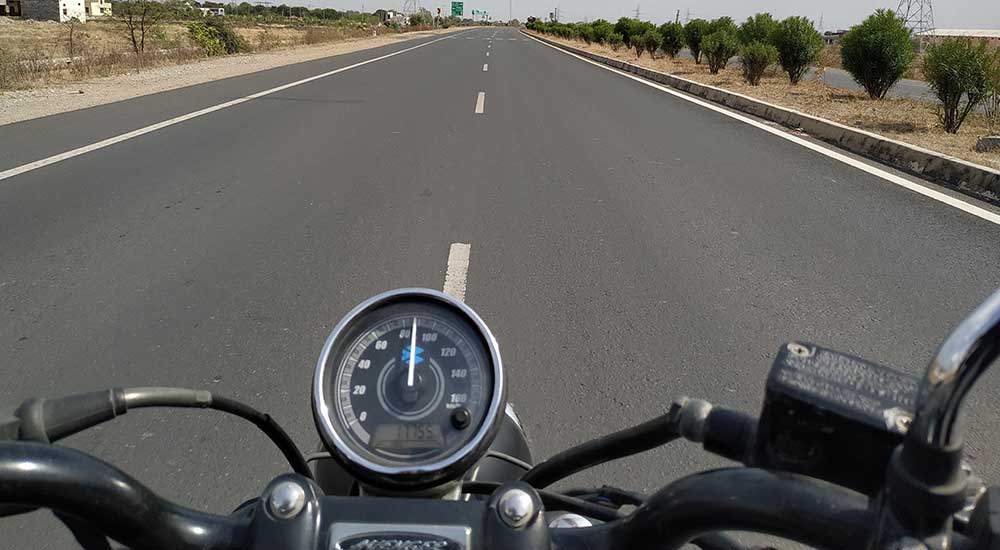 The rise in fuel prices and merging of diesel and petrol prices will lead to perceptible changes in how people and goods move in the country. The choice of prospective vehicle buyers would definitely get influenced. With higher diesel prices and ongoing pandemic crisis, freight vehicle operators would find it difficult to sustain themselves, and therefore adequate measures should be taken to ease their hardships.

The current predicament should also be seen by the government as an opportunity to channelize vehicle choices towards cleaner fuel technology, including EVs. Some of the sustainable strategies discussed above would require meticulous planning and the relevant ministries should act immediately to put India on a path to cleaner future.

Solutions for sustainable mobility of people and goods
Infographics