Forests in India are net source of GHG emissions 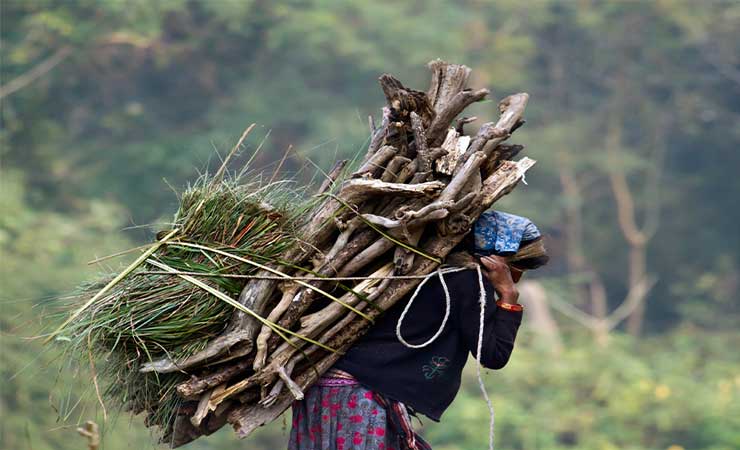 While forests begin to be seen as a tool for carbon sequestration, over 93% of GHG emissions in India continue to emanate from this same resource. This situation will remain unchanged if related policies and programmes are implemented at their current pace and commitment.

Fuel wood has remained the principal energy source in rural households, as well as in commercial set ups such as brick kilns, hotels and restaurants in semi-urban areas. The primary points of procuring its supply are forests, trees grown on farm lands, homesteads and common land outside forest. The annual fuel wood consumption by 854 million people in India is 216.4 million tonnes per year (FSI, 2011).

The state wise details are given below: 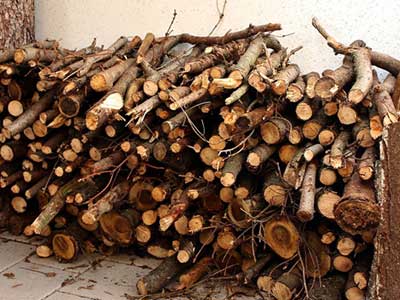 India is home to more than 240 million households out of which about 100 million households are still deprived of LPG as cooking fuel and have to rely on firewood, coal, dung - cakes etc., as primary sources of cooking. The smoke from burning such fuels causes alarming levels of household pollution and adversely affects the health of women and children, causing several respiratory diseases and disorders. The Government of India has also withdrawn the subsidy given on LPG which has resulted in increased use of fuel wood for commercial purpose in semi-urban areas. The source of energy for domestic and commercial use in rural and semi urban areas is largely fuel wood, which contributes to more than 93% of Greenhouse Gas (GHG) emissions from forestry sector in India (Sharma, 2017).

The estimated scenario of GHG emissions and removal of CO2 is given below:

Table 2: Inventory of GHGs in Forestry Sector in India (BAU)

The above scenario has led to forest degradation in significant terms which is quantified below:

The chart shows that there is reduction in the growing stock from 2003-2015 and will be further reduced if policy and programmes are implemented as business as usual. The forestry sector will continue to be the net source of GHG emissions in the future due to unsustainable harvest of fuel wood and other Minor Forest Products, forest fire, overgrazing and poor regeneration. The overdependence on forests for livelihood and domestic consumption must be substituted with natural resource based livelihood and irrigated agriculture, and assisted natural regeneration which requires 6,153 million US $ per year. This is in addition to other interventions such as community based forest governance, capacity building of frontline staff and community, and engagement with private sector. This will help India in not only achieving its Nationally Determined Contributions related to the forestry sector - mitigating climate change, poverty alleviation, biodiversity conservation and improvement in the quality of forests - and national biodiversity targets, but also contributing towards fulfilling the global targets of SDG 13,14,15, and Aichi Targets.

Themes
Forest & Biodiversity
Mitigation
Climate
Files
Forestry Sector in India is Net Source of Green House Gases (GHGS) by Dr J.V. Sharma - Paper.pdf253.01 KB
This block is broken or missing. You may be missing content or you might need to enable the original module.