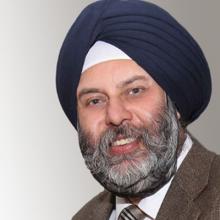 From 2005 to 2009, he headed the UN-Economic & Social Affairs- Division in the Ministry of External Affairs of India and led the Indian delegation for the first meeting of the Global Forum on Migration and Development in Brussels in July 2007 and the presentation of various reports by India at the Human Rights Council. During 2011-2012, when India served on the Security Council, he was a senior member of its delegation.

Major areas of his experience and professional focus relate to the environment, in particular climate change and sustainable development. He was a lead negotiator for India at the UN on issues relating to the post 2015 development agenda, Sustainable Development Goals and at the UN Conference on Sustainable Development held in Rio de Janeiro, Brazil in June 2012. He was a key member of India's delegation at various Climate Change negotiations, including the Conference of Parties of the UNFCCC in Copenhagen in December 2009 and before that at Montreal, Bali, Bonn and Poznan. Furthermore, he was closely involved with India's participation in the G8-G5 Summits from 2005 and he was the points-person on the Indian side at the Major Economies Forum.

Puri has a Masters degree in Management and did his BA (Honours) in Economics from St. Stephen’s College, Delhi. He is a Distinguished Fellow and on the Advisory Board of TERI.