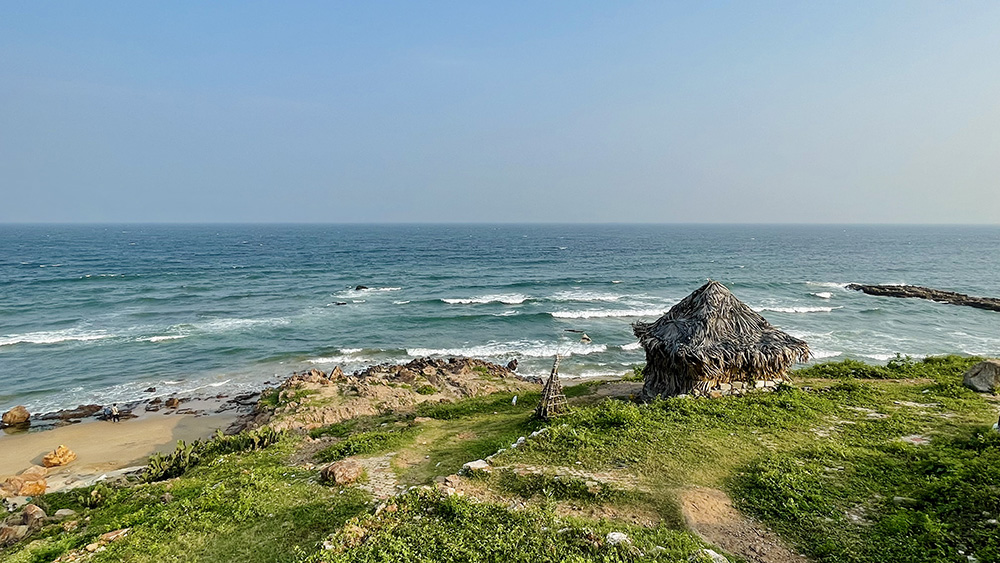 India is undergoing rapid urbanization, with its urban population expected to surpass its rural population by 2031. This process has been accompanied by a gamut of social, economic, and environmental changes, including increased greenhouse gas emissions and the potential for greater vulnerability to the impacts of climate change. One of the main challenges Indian cities are facing as they grapple with adversities is the need to adapt to extreme weather events. These events can have significant impacts on public health, economic productivity, and infrastructure. This coupled with the predominantly unplanned urbanization can further increase the exposure and vulnerability of human settlements (Shekhar et al., 2022) and people to climate risks while exacerbating systemic and spatial inequalities (Garschagen et al., 2016). The traditional piecemeal and top-down urban planning and management approach is lagging behind the ever-urbanizing landscape and has provided limited avenues for participatory policymaking and implementation.

To innovate and bring significant changes in the process of governance the Indian government has implemented a number of initiatives aimed at improving the delivery of public services and increasing transparency and accountability. With significant progress in adopting digital technologies for governance in recent years, the digitalization wave has exponentially enhanced access to information and avenues to collaborate, thereby bringing all actors (be it the public, private or civil society) closer. While digital means are increasingly used to assist in managing cities, an untapped potential lies in using these means to facilitate participatory local-level policymaking and implementation to catalyze transformative climate actions. In this ever-dynamic world, data-driven decision-making platforms can assist in augmenting the capacity of local actors and communities to collaborate on forward-looking, transformative climate actions.

Towards this TERI, NIUA & UNU-EHS are carrying out the T-CAP project to assist urban local bodies in India in working effectively with all stakeholders (particularly the civil society) to gather and analyze data needed for comprehensive policy-making and jointly implement transformative climate actions. This will be done by developing a participatory framework for data-driven decision-making that will include international best practices for the city of Visakhapatnam. Furthermore, a living lab will also be set up to assimilate, ideate, co-create, innovate, and upscale urban solutions in a test-bed scenario in Visakhapatnam that can further inspire cities across the globe. 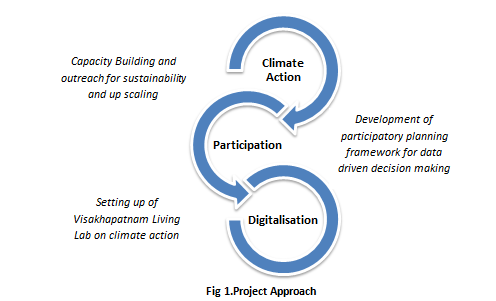 Through this project, the capacities of local actors will be enhanced for collaborative and transformative climate actions. It aims to do so by making ‘data-driven decision-making’ platforms more participatory. The main envisaged outcome of this project is to improve stakeholder engagement that is evidenced in coordinated local action and enhance the capacity of target groups for data-driven decision-making towards collaborative climate action in the city of Visakhapatnam, India. This will further provide a proof-of-concept for other Indian cities.

To achieve the objectives, the partners base their approach on three pillars: