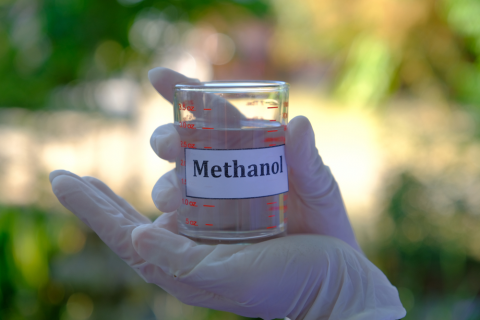 New Delhi, 11 July 2022: The Methanol Institute (MI), The Energy and Resources Institute (TERI), and the Indian Institute of Technology (IIT) Kanpur have entered into a Memorandum of Understanding (MOU) to jointly drive the use of methanol as an alternative fuel for different applications and promote sustainable pathways of methanol production in India. Methanol, which has been on the government’s agenda since 2016, is a strategic product that presents an opportunity for India to achieve the 2070 net-zero vision and ensure energy security.

The major thrust of the MOU is to strengthen the commitment and interest of the three organizations to advocate for the use of methanol as an alternative fuel and create greater awareness about methanol’s role in the country’s energy mix. Joint endeavours under the agreement focus on market research, policy briefs, research projects, and sharing best practices to support the Government of India (GoI) and the private stakeholders to create a local ecosystem to transition to low carbon or carbon-neutral economy. This approach is aligned with the GoI’s Atmanirbhar or self-reliant policy that promotes the growth of the local business ecosystem in tandem with the favourable policy environment to transition to methanol as an energy product.

Methanol utilization continues to grow rapidly across a diverse range of applications. It can support the powering of different industries and sectors of the economy. Methanol is strategic to India’s efforts to be more self-sustaining and contributes to developing a new domestic industry that will create more economic opportunities within the country. It will support the government in achieving a future energy landscape that is self-sufficient and sustainable for India.

“The Methanol Institute, TERI, and IIT Kanpur have a shared vision to see India become a hub for using methanol as an energy vector,” said MI CEO Gregory Dolan. “Methanol can accelerate India’s energy transition as it can be utilized as a low-carbon alternative fuel and a feedstock for green chemicals when produced sustainably.”

Observing that methanol is one of the most versatile, multi-faceted wonder chemicals, Dr Vibha Dhawan, Director General, TERI, said, “At a time of India’s supersonic transition towards net zero emission scenario by 2070 through large penetratration of renewable energy and fuels, methanol could be a game changer in closing the loop. Apart from being the lifeline to the chemical industry, methanol has huge untapped potential for storage and transmission of renewable power and as onboard hydrogen carrier. Nevertheless, large-scale production of green methanol would be a critical enabler for unlocking this potential. TERI is committed to contributing towards developing a sustainable methanol economy roadmap and making it a reality. TERI is working on green methanol production and comprehensive modelling, assessment and LCA studies of methanol value chain.”

The partnership aims to create greater awareness about methanol as a fuel across the automotive, maritime, power, and cookstove markets through targeted industry conferences, workshops, seminars, and business consultations. The collaboration will identify and develop research projects in India that can serve as testbeds for methanol-related technologies. Under this alliance, the organizations intend to enrich the policy climate for the methanol market to enhance the country’s energy security, diversify the energy mix and reduce GHG emissions.

First formed in 1989, the Methanol Institute (MI) serves as the trade association for the global methanol industry. MI represents the world’s leading methanol producers, distributors and technology companies from offices worldwide. MI provides value to its members by ensuring safe handling of methanol and its derivatives, promoting methanol growth by furthering methanol as an essential chemical commodity and an emerging source of clean and renewable energy, and influencing global regulatory and public policy initiatives that impact the methanol industry.

Indian Institute of Technology Kanpur, a research and educational institution of national importance, is a body corporate incorporated under the Institutes of Technology Act, 1961. It is one of the premier institutes to provide meaningful education, to conduct original research of the highest standard and to provide leadership in technological innovation for the industrial growth of the country. IITK imparts and undertakes cutting-edge research in various areas of science, engineering, design, management, and humanities.

Tags
Energy security
Energy sources
Themes
Environment
This block is broken or missing. You may be missing content or you might need to enable the original module.