Increasing share of variable renewables in total energy generation mix is cost effective for India even in the short-term: TERI 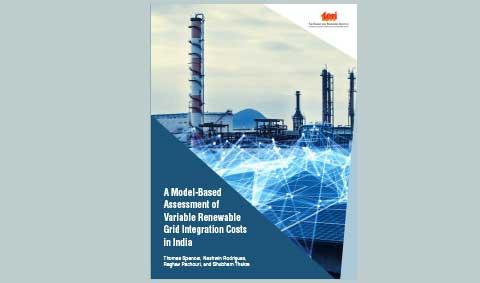 Greater renewable deployment is not only desirable, but can also be cost-effective, according to the report

New Delhi, February 23: The Energy and Resources Institute (TERI) released a report on 'A Model-Based Assessment of Variable Renewable Grid Integration Costs in India' today. The report provides a technological and economic analysis of the costs of integrating renewable energy (RE) into the Indian electricity grid.

RE is the cheapest source of electricity when available. However, it does introduce other costs into the system.

In the context of the already weak finances of power distribution companies, the report provides an analysis of the costs of integrating RE to the electricity grid.

According to Mr Thomas Spencer, lead author of the report, "This study shows that even in the short-term, it is optimal from a cost perspective for India to substantially increase the share of VRE in the total generation mix".

A simple summarisation is:

Tags
Renewable energy
Themes
Energy
This block is broken or missing. You may be missing content or you might need to enable the original module.