Scope and Potential of Coastal Ecosystems in Mitigating Climate Change

TERI is organizing a webinar on "Scope and potential of Coastal Ecosystems in mitigating climate change" on 18th August 2020. The overall objective of this webinar will be the recognition of these coastal ecosystems in climate change mitigation and their contribution towards the achievement of India’s NDC target. Through this webinar, we will try to get the views of different stakeholders and policymakers on whether blue carbon should be eligible to contribute to achieving India’s NDC target and its role in mitigating climate change.

Coastal ecosystems are some of the most productive on Earth and are home to a wealth of biodiversity and provide us with essential ecosystem services, such as coastal protection from storms and nursery grounds for fish. Their role in sequestering and storing "blue" carbon from the atmosphere and oceans is also increasingly being recognized by policymakers.

In India, mangroves are being mapped and the estimated total carbon sequestration potential to be 702.42 million tonnes of CO2e. Therefore, countries with coastal ecosystems can recognize the values provided by these ecosystems as a potentially significant contribution to both the mitigation and adaptation goals of their India’s NDC targets (Creating additional carbon sink of 2.5 to 3 billion tonnes of CO2 equivalent by 2030). Blue carbon has received international attention for its potential role in mitigating CO2 emissions. With their value for both mitigation and adaptation, blue carbon ecosystems are a vital part of any climate change solution. 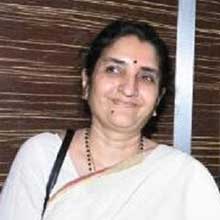 Smt. B V Umadevi is an officer from Indian forest service of 1987 batch, Chhattisgarh cadre. Currently is working as the Additional Principle Chief Conservator of Forest, Chhattisgarh Forest Department. She has worked in Madhya Pradesh and Chhattisgarh in Forest department in various other capacities. Smt. Umadevi has also been a part of Lal Bahadur Shastri National Academy of Administration Mussoorie as a faculty where she has tried to sensitise officers of various services towards forest and environment issues. She has also worked in MoEFCC as AIG and currently she has been designated as Additional Secretary in the same ministry. Apart from masters in Botany from Delhi University she also holds a Master s degree in public policy from George Mason University, USA. 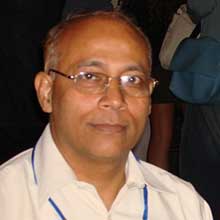 Dr Saxena did his M. Sc. from Lucknow University and Ph D from Central Drug Research Institute, Lucknow. He joined Indian Forest Service in 1983 and retired as Principal Chief Conservator of Forests and as Principal Secretary (Forests) and Principal Secretary (Science & Technology) from Andaman & Nicobar Administration in June 2017. In his 34 years of service as an IFS officer he held many key posts both in State Governments and in Government of India. He had served in Forest Survey of India for about 10 years in two tenures (as Deputy Director from 1993-98 and as Joint Director from 2001-2006) and had contributed significantly to a number of reports published by FSI. He had been Chief Wildlife Warden in A & N Administration, Managing Director of Andaman & Nicobar Islands Forests and Plantation Development Corporation, and Chairman of a number of Committees in the A & N Administration. He also served as Additional Director in Indira Gandhi National Forest Academy, Dehradun. His areas of interests have been forest resource assessment, forestry research, marine biodiversity and Island biodiversity. He has more than 40 research papers to his credit. One of his research papers published in 2003 was awarded Seth Memorial Award for the best research paper by the Forest Research Institute. He has also been honoured in 2017 by the Book of World Records (London) for his pioneer works in the fields of near real time monitoring of forest fire in India and forest type mapping.

Dr Sharma holds a doctorate degree in economic valuation of forest ecosystems. He has has nearly 34 years' experience in leading, coordinating and managing projects and activities in the forestry sector. Dr Sharma has coordinated and implemented donor-funded projects from both a governmental perspective (as an Indian Forest Officer) and as Director of the Forestry and Biodiversity Division at TERI. He also has extensive expertise in global forest policy and international negotiations and has been a negotiator on behalf of Government of India to the United Nations under the UNFF process. As Deputy Inspector General (DIG) Forest Policy and Forest International Cooperation, Ministry of Environment, Forests and Climate Change (MoEFCC), he was responsible for international cooperation including negotiations. Dr Sharma coordinated with FAO and Asia Pacific Forestry Commission on behalf of Government of India. As National Focal Point he organised the 21st session of the Asia Pacific Forestry Commission in 2006. Dr Sharma was the key organiser and co-chair for a country led initiative on the Payment for Ecosystem Services under United Nations Forum on Forests hosted by the Government of Germany, Berlin. 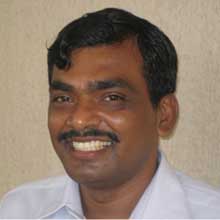 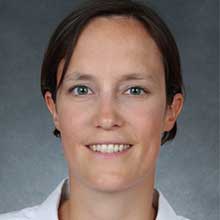 Dorothée Herr is the Manager for Oceans and Climate Change at the Global Marine and Polar Programme (GMPP) at IUCN – the International Union for Conservation of Nature. She joined IUCN in 2009 and is now leading the IUCN's international policy engagement on marine climate change issues including ocean acidification and Blue Carbon, especially within the context of the United Nations Framework Convention on Climate Change (UNFCCC). Ms Herr has authored and co-authored a suite of articles and reports on ocean acidification in the context of the UNFCCC, Blue Carbon as well as on coastal and marine Ecosystem-based Adaptation (EbA). Ms Herr is also working on developing new innovative financing tools for coastal and marine conservation efforts, and has developed with a team of financial experts the Blue Natural Capital Financing Facility (BNCFF). Ms Herr received her masters degree in Environmental Change and Management from Oxford University, UK and her diploma in Geography from the University of Heidelberg in Germany. 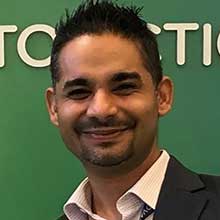 Sandeep is a co-founder at VNV Advisory Services, a social enterprise working with communities & climate change. He heads VNV's ownership on low carbon social development projects such as sustainable agriculture, social forestry, clean cooking, water access, rural energy access, blue carbon and waste management. His work encompasses over 4 million rural households across the South Asia region (India, Bangladesh, Sri Lanka, Nepal, Laos & Myanmar) with over 40 NGOs and implementation partners and over 400,000 hectares of land use under management. He is recently involved in spearheading VNVs efforts towards rural water access, crop storage, agri linkages and working with models of innovative financing through existing climate finance mechanisms to achieve scalability. He has recently launched a climate change impact fund to invest in startups relating to climate solutions. He has worked extensively with climate finance for coastal forestry and is successfully working with reforestation of degraded mangroves , sea grass conservation and mangrove conservation in Myanmar, India , Philippines & Bangladesh.

He is on the board of numerous non - profits working on climate related projects including Worldview International Foundation, Bangladesh Bondhu Foundation & Environment Protection Center Nepal . Sandeep has over 17 years of industry experience and is a Salzburg global fellow. He is also a director at "Carbon Initiative forum ", a non-profit working on climate change awareness and co- chair of the International Carbon Reduction Alliance. 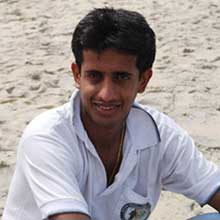 Naveen Namboothri is a founder trustee of Dakshin Foundation and currently serves as its Director. Trained as marine biologist, he has worked in diverse coastal, marine and island systems across India. His engagement cuts across regional, national and local agencies including government and non-government sectors. He heads the Biodiversity and Resource Monitoring Programme and oversees the establishment and implementation of several marine conservation projects at Dakshin's field sites such as the community-led fisheries management in the Lakshadweep, citizen science programmes in the Andamans and the long-term monitoring of coral reef ecosystems in the Andamans. Naveen also helps build Dakshin's Environmental Education Programme and oversaw the production of the publication Treasured Islands. He has more than 30 publications including peer reviewed journal articles, books, book chapters and reports and has supervised 8 Masters dissertations. He has served on the editorial board of Current Science and is currently an invited member to the Aquaculture and Marine Biotechnology Task Force of the Department of Biotechnology, Government of India. 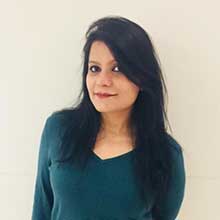 Dr Priyanka holds a doctorate in Natural Resource Economics and has nearly 4 years' experience of projects and activities in the forestry sector. She has worked on topics related to valuation of ecosystem services, assessment of carbon stock of five pools of carbon in forest ecosystem, CDM, Eco restoration of open cast mines degraded land, capacity building for livelihood in Odisha, REDD+ project in Meghalaya and related subjects. Her areas of interest include natural resource management, environmental economics and carbon forestry. 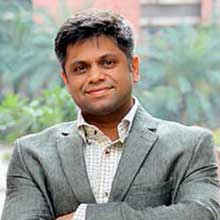 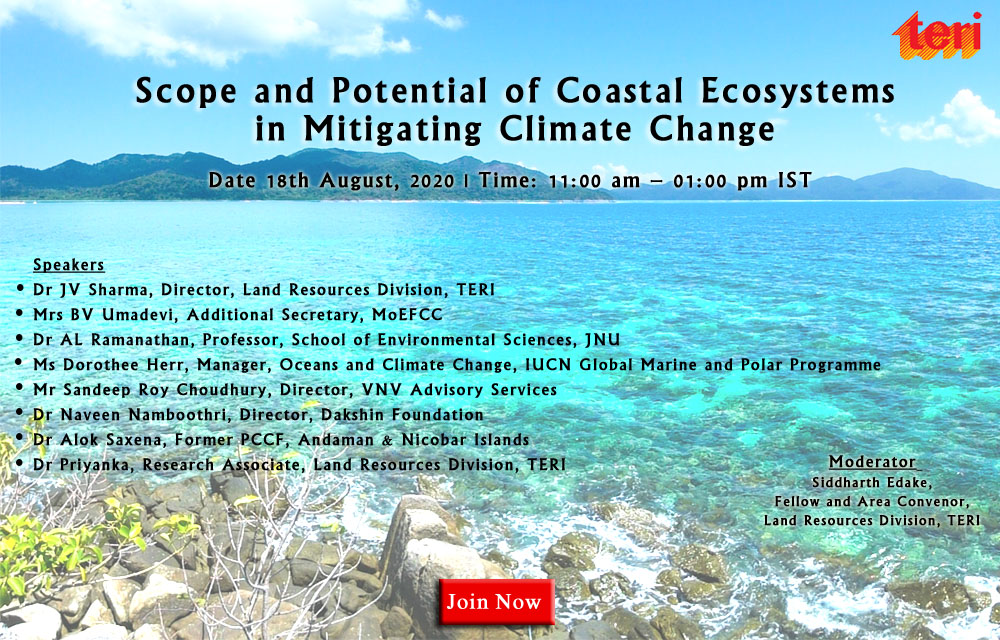 Forest and Climate Change: Opportunities and Challenges of Adaptation and Mitigation
Events

Webinar on "Development of roadmap to achieve an additional carbon sink of 2.5 to 3 billion tonnes of CO2 equivalent through additional forest and tree cover in India by 2030 (Forestry Sector NDC for India)"
Events