The CCAPC is a centre of excellence founded at TERI in 2017 and governed by TERI, Indian Institute of Technology Delhi, Sri Ramachandra Medical College, and the University of California Berkeley with UrbanEmissions.info as a knowledge partner. The centre aims to provide research and analysis related to air pollution, and is devoted to evaluating and promoting policies to reduce the health damaging exposures to air pollution of all kinds in India.

The competition had been designed to encourage and reward innovative ideas among Indian university students to solve the problem of air pollution in India, which is a major drag on economic development and health. A range of solutions were proposed by student groups around the country, but the Hybrid Bevel Bicycle was judged to be the most well developed and likely to lead to changes in the country by the judges.

The Collaborative Clean Air Policy Centre (CCAPC) and The Energy and Resources Institute (TERI) are pleased to announce the winner of the 2018 National Clean Air Crowdsourcing Competition. The winning entry, The Hybrid Bevel Bicycle, was submitted by a team from the Indian Institute of Technology Madras led by Dhairyasheel Deshmukh.

The team has developed an efficient rechargeable electric bicycle system that shows promise to increase the usage of bicycles for transportation, and thus reduce emissions of air pollution in India. This project was chosen by a group of expert judges after a national competition, and the team has been awarded mentorships to work in Delhi at CCAPC/TERI for the summer of 2018 to improve and promote their technology. 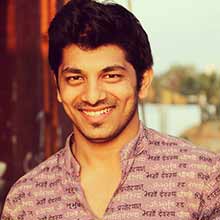 Team members selected for the internship

Finalists of the competition

Themes
Air
Tags
Air pollution
This block is broken or missing. You may be missing content or you might need to enable the original module.