Apart from easy availability of energy efficient technologies, consumers require a nudge to bring about behavioural change regarding energy conservation in daily life

The demand for energy is seen to rise with an increase in income, both globally as well as in India. Given that fossil fuels such as coal still contribute to over 70% of electricity generation in the country[1], an increase in energy consumption can lead to over-exploitation of limited natural resources, increased pollution, environmental degradation, and greenhouse gas (GHG) emissions in the absence of wider use of cleaner alternatives.

However, several barriers prevent the greater use of energy-efficient technologies. Among these is the 'predictably-irrational' nature of human decision-making.[2] The choices consumers make are complex and not always based on the rational thought and behaviour that most economic theories assume. Jevon's paradox and the knowledge-action gap are two examples of the complexity of consumer behaviour.

As early as 1865, William Stanley Jevons studied coal use trends in England and found that as industries became more efficient the use of coal increased.[3] Popularly known as Jevon's paradox, this implies that with technological progress, even though a particular resource may be used more efficiently, its consumption may increase because of an increase in demand. This suggests that energy efficiency can increase productivity and lead to economic growth but its impact on mitigating climate change is not as direct as one may assume.

Another way to understand this is to think of energy-efficiency as 'doing more of the same task with less', which implies reducing energy wastage. Manufacturing energy efficient appliances leads to reduced costs in the long run, which leads to reduced prices. Switching to LED bulbs may save energy, so will it lead to consumers buying more LEDs for lighting? Similarly, can the increased availability of other energy-efficient appliances such as air conditioners (ACs) or refrigerators cause people to use ACs more frequently or buy bigger refrigerators? These questions have not been answered conclusively, but certainly need to be considered, given the policy push towards energy efficiency in India and the world.

Researchers have also been intrigued by the 'knowledge-action gap' which implies that even if people know about environmental sustainability and understand the importance of saving energy, their knowledge often fails to produce long-term behavioural changes or actions towards sustainability. For example, being aware of or feeling positive towards the use of renewable resources, sustainable products, low-emission technology, public transportation and so forth do not reliably translate into environmentally-friendly choices in goods and services. Many people still rely heavily on non-renewable resources, under-use public transport, fail to recycle and engage in other everyday actions that harm or neglect the environment.[4]

To address this knowledge-action gap it is therefore important to understand the psychological factors which drive household consumption of energy and develop interventions accordingly. Several such factors have been empirically studied globally, including creating awareness, developing feedback mechanisms, and using nudges. A nudge, in this context, seeks to enable environmentally sustainable behavioural change through positive reinforcement and suggesting alternatives.

An experiment has started in New Delhi earlier this year to empirically test the effectiveness of nudges. TERI partnered with BSES Yamuna Power Ltd (BYPL) to create a behavioural energy-saving app 'SustHome' to influence consumer choices relating to energy usage. The initiative was supported by the Norwegian Embassy and the app has been developed by TERI with support from Avrio Energy Pvt Ltd. The app is built to track a household's energy use, analyse it and compare it with the household's consumption track record and also with similar homes in the vicinity. It will then calculate the energy that may be saved if the household shifts to more energy-efficient appliances.

A pilot study to develop the app was conducted, and in the first phase, it was tested with users from selected cooperative group housing societies in Mayur Vihar and Vasundhara Enclave in East Delhi. Based on the study, the 'Susthome' app was launched in June 2019 and was made available on Google Play to cover approximately two lakh residential consumers.[5] It is estimated that the app could help consumers reduce their energy bills by up to 10 per cent and electricity consumption by approximately 8-10 MW in areas under BYPL's jurisdiction in east and central Delhi. The initiative will also help the DISCOM save up to 72 million units with the reduced energy demand. [6]

The app provides a medium for consumers to track their energy consumption. They can compare their monthly energy consumption with previous months to see how it has changed over time and can also see how they compare with their neighbours. The app also has a provision for users to read about latest energy efficient appliances and understand how they would benefit from them. It also has an integrated marketplace that allows users to directly purchase energy efficient appliances of leading brands from BSES certified vendors.

Apps such as Susthome seek to gently nudge people into making more environment-friendly choices by providing the right information and support tools to their users. More broadly, behavioural interventions such as nudges stem from a growing realisation that technological interventions alone cannot drive the transition towards sustainable lifestyles; it must be complemented by nudges.

Rajshi Vallabhi is a student of MA Economics at Amity University, Noida. She has a BA (Honors) in Economics from the University of Delhi. She was an intern at TERI at the Centre for Resource Efficiency and Governance.

It's time for utilities to manage power demand creatively
Article 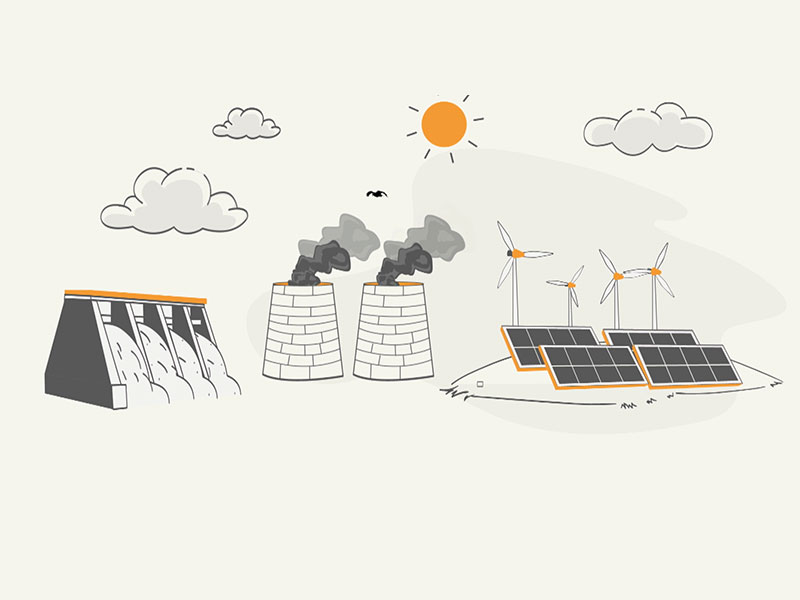