Right to livelihood and social impact assessment in land acquisition

The Right to Fair Compensation and Transparency in Land Acquisition, Rehabilitation and Resettlement Act, 2013, aims to address the long standing popular discontent over perceived arbitrariness of State action in land acquisition matters by creating an elaborate scheme of engagement with affected communities by incorporating the provision of social impact assessment.

The farmers in Tiruvallur district of Tamil Nadu have been in the news recently for protesting against the proposed 126.5 km six-lane green-field expressway from Thatchur near Chennai to Chitoor in Andhra Pradesh. To be developed by the National Highways Authority of India, the project will entail the acquisition of 885.5 hectares of land, 64 per cent of which is under cultivation, in 137 villages of Tamil Nadu and Andhra Pradesh. The farmers in Tamil Nadu are unwilling to part with their fertile, irrigated land that supports three paddy crops a year. Agriculture is the sole source of livelihood for most of the villagers and they are greatly concerned about the future of their children in the event of loss of farmland. The reluctance of government officials to provide information about the project, much less heed their concerns has heightened opposition to the expressway.

According to Article 21 of the Constitution of India, 'no person shall be deprived of his life or personal liberty, except, according to procedure established by law'. The Supreme Court of India has, in the case of Olga Tellis & Ors. vs Bombay Municipal Corporation & Ors. in 1985, interpreted the Fundamental Right to Life to include the right to livelihood by postulating that a person cannot live without the means of living. It is a settled principle of law that limitations imposed on the exercise of fundamental rights should be 'just, fair and reasonable', thereby placing an obligation on government agencies to disclose information about the intended action and offer an opportunity of being heard before the deprivation of the right.

The land acquisition proceedings under The National Highways Act, 1956 for construction of highways are set in motion by notifying the parcels of land to be acquired. Thereafter, persons having an interest in the designated land are given three weeks to file objections to the competent authority, which, after a hearing, passes an order. Thereafter, the Central Government issues a notification for acquisition of land. As evident from the tenor of the Act, land is acquired using the doctrine of 'Eminent Domain' and landowners have little option but to give in. Moreover, there is no provision to engage with persons who may indirectly experience adverse impacts on their livelihood. In most cases of land acquisition, some local people face hardships even when their lands are not acquired. For example, a recent study by The Energy and Resources Institute (TERI) on the impact of Kundli-Manesar-Palwal Expressway on the lives of farmers in Gurgaon district found that the elevated corridor has disrupted the natural drainage system resulting in waterlogging of the agricultural fields during monsoon season. The farmers in Tamil Nadu, whose land abuts the proposed expressway are, similarly, concerned about its likely impact on soil fertility.

The Right to Fair Compensation and Transparency in Land Acquisition, Rehabilitation and Resettlement (RFCTLARR) Act enacted in 2013 has sought to address the long standing popular discontent over perceived arbitrariness of state action in land acquisition matters by creating an elaborate scheme of engagement with affected communities by incorporating the provision of social impact assessment (SIA). To be conducted by an independent agency, the study examines the 'public purpose' of the project, justification for the extent of land sought to be acquired and nature and degree of potentially adverse social and economic consequences.

Further, the SIA report enumerates the project-affected families comprising of landowners, persons dependent on the earmarked land for livelihood or those deriving livelihood from common property resources such as forests and water bodies and prepares a calculus of their entitlement for cash compensation and rehabilitation and resettlement benefits. All this information is shared at the time of public hearing organised to elicit the views of affected families and address their misgivings. The involvement of local elected representatives in the impact study, scope for negotiations between landowners and acquiring bodies regarding cash compensation and other benefits and the consultative basis of finalisation of the ameliorative measures to address the adverse social impacts shows that the peoples' right to be heard is upheld when SIA is conducted. Instead of a mere administrative tool for benefit-cost analysis of the economic feasibility of a project, SIA is essentially an instrument for safeguarding the Fundamental Right to Livelihood by ensuring that land is acquired after careful consideration in a transparent and participatory manner.

The National Highways Act, 1956, along with 12 Central Laws, has been placed in Schedule IV of The RFCTLARR Act, 2013 to bring parity solely in respect of the compensation and R&R entitlements for land acquisition. However, the preclusion of SIA from the ambit of the 13 Central Laws is discriminatory, it has created a scenario in which the families affected by land acquisition under The RFCTLARR Act, 2013 are entitled to a broader spectrum of safeguards with respect to their Fundamental Right to Livelihood as compared to affected persons under the 13 Acts. There is also a strong business case for incorporating SIA in every road construction project.

The Bharatmala Pariyojana envisages the construction of 86,677 km of highways between 2017–18 and 2021–2022 at an estimated cost of Rs. 5,35,000 crore. A report by the National Highways Authority of India, released in September 2018, has identified issues in land acquisition as one of the major causes for delay in meeting annual road construction targets. SIA can provide a valuable contact point with affected communities to obtain their support and work towards mutually beneficial outcomes. In the case of Thatchur-Chitoor Expressway, for example, SIA would entail a complete disclosure of project details, identification of persons likely to be affected and their entitlement packages, thus, allowing titleholders to make informed choices. The consultation with the affected communities may also bring forth ideas that can help reduce impacts through realignment of proposed passage. Gauging the extent of community's willingness to part with land, at an early stage, permits proponents to take timely decisions to avoid time-costs overruns.

This article was originally published in the Terra Green magazine 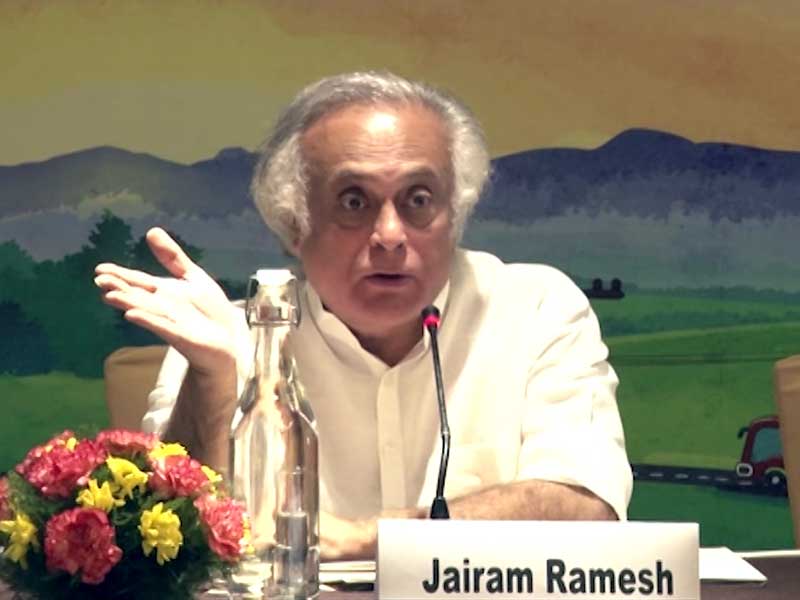