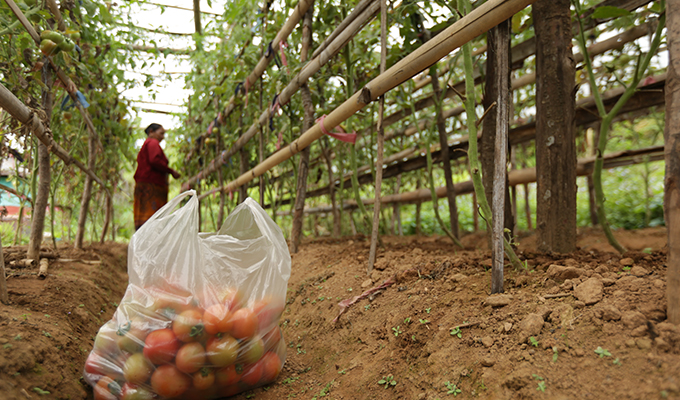 Tomato is one of the most significant vegetable crops grown worldwide. However, important traits such as pollen meiosis, germination, ovule development, viability and development of the embryo and fruit set of most tomato cultivars are adversely affected under temperatures higher than 35°C. This leads to non-availability in certain months.

A relatively smaller F2 population has already been developed and evaluated in the field which displayed wide variability in fruit traits and yield traits under heat stress. Molecular markers such as Amplified Fragment Length Polymorphism (AFLP) and microsatellites will be used for genotyping. Alternatively, high throughput markers such as genotype by sequencing (GBS) will be used to increase the marker density.

Themes
Agriculture
This block is broken or missing. You may be missing content or you might need to enable the original module.