Energy access for livelihood promotion and other basic energy needs

The process of introduction and increasing adoption of solar energy technology to improve livelihoods is a key component of this energy provisioning project under the Lighting a Billion Lives (LaBL) programme of TERI, supported by Indus Towers. The programme essentially seeks to develop and provide pertinent and customised technology solutions to end users.

In the past few years, TERI has started working with the fabled silk weavers of Varanasi to meet their power needs - especially for power looms - and provide uninterrupted power through lithium-based solar hybrid charging stations.

Varanasi, situated on the banks of the sacred river Ganga, in Uttar Pradesh in north India is known globally for its production of fine silk and Varanasi sarees. Its weaving clusters are also recognised by the Ministry of Micro Small and Medium Enterprise, Government of India.

This hybrid system, designed with solar, grid and lithium battery as the order of power source priority, runs the power looms directly from solar energy during the day. Post-sunset, the grid is the prime source. In case of absence of both grid and solar power, the lithium battery carries enough back up to allow the power looms to operate for three hours.

To make the economics of solar hybrid charging stations acceptable to the weavers, the project was designed by TERI in a manner that they bear just 30% of the cost of installation. The rest is backed by the CSR fund of Indus Towers.

With this project, weavers have started experiencing a change in working conditions: uninterrupted power supply has eliminated the possibility of disruption in production and product quality, work hour management is far more efficient with fewer wasted hours due to power cuts, and with the disbanding of diesel generators used for power backup, the local environment is cleaner and less noisy. Most importantly, all of this contributes to higher income for weavers. With consistent funding support from Indus Towers, sincere efforts are being made for better outreach of the project in neighbouring areas as well.

The city of Varanasi stretches approximately seven kilometres along the western bank of the river Ganga. The riverfront has more than 80 ghats. The boatmen who ferry people from these ghats usually rely on diesel-operated motorboats or hand-rowed boats. Apart from being environmentally unsound and polluting, diesel-operated boats also severely impact the boatmen’s daily net income. Under the TERI- Indus project, traditional boats are retrofitted with a trolling motor. Boatmen can rent batteries and recharge them at charging stations operated and managed by the boatmen’s association. The retrofitted lithium-ion battery can be charged both by solar and grid power. The battery, which takes four to six hours to charge, is attached to a trolling motor connected to a propellor, which pushes the boat backward or forward. A single charge lasts two and a half hours, enough for a boat to complete two trips on a 10-12 kilometre stretch.

The costs of retrofitting traditional boats and costs associated with the charging centres are supported by Indus Towers under its CSR initiative. A local energy entrepreneur, selected by TERI, oversees retrofitting, installation, and the after-sales services required.

The boatmen too have started experiencing the advantages: there is no more heat, noise or fuel and lubricant residue. In the absence of a motor, battery powered boats do not contaminate a tourists’ experience with unpleasant sights, sounds, or smell. The exercise has reduced the drudgery of boatmen and contributed to increasing their income. With the consistent financial support being received from Indus Towers, sincere efforts are being made to scale up of the project.

A similar model of battery powered boat has been replicated at the Mandakini river in Chitrakoot (Uttar Pradesh) too. With the help of four centralised charging stations (set up between 2019 and 2020) and retrofitting of 20 traditional boats, livelihood opportunities of boatmen have been strengthened.

The hybrid solar system is a momentous shift for weavers in Varanasi as it attacks the central weakness of inadequate and unreliable supply of grid power that had induced uncertainty in their business and imposed many unproductive hours every day. By adopting solar power, the weavers have uninterrupted, reliable power supply, more efficient work hour management, and a cleaner work environment - all contributing to higher income. 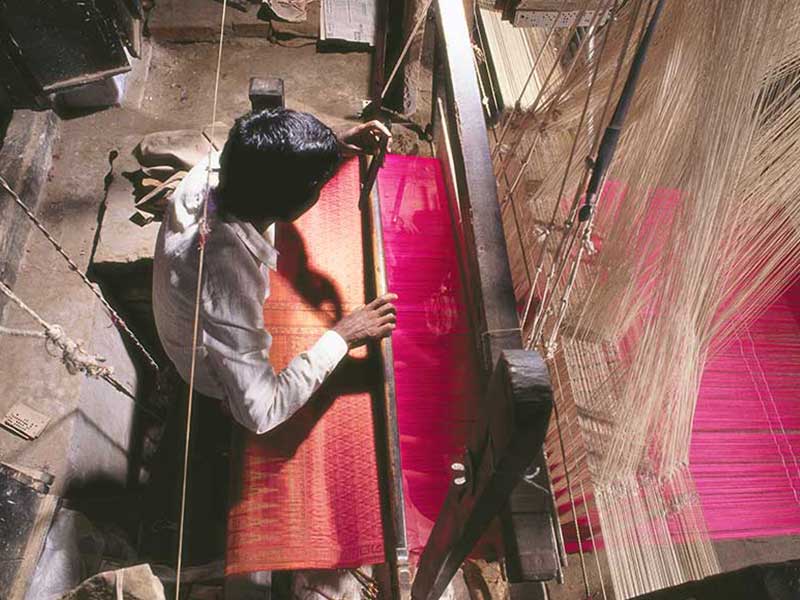 Under TERI's intervention, traditional boats are retrofitted with a trolling motor. Boatmen can rent batteries and recharge these at hybrid solar charging station operated and managed by the boatmen association. The business model involves renting batteries by boatmen who don’t have to bear any capital cost. The expenditure of retrofitting and those associated with the charging centre are financed by the Corporate Social Responsibility (CSR) fund mobilised by TERI. 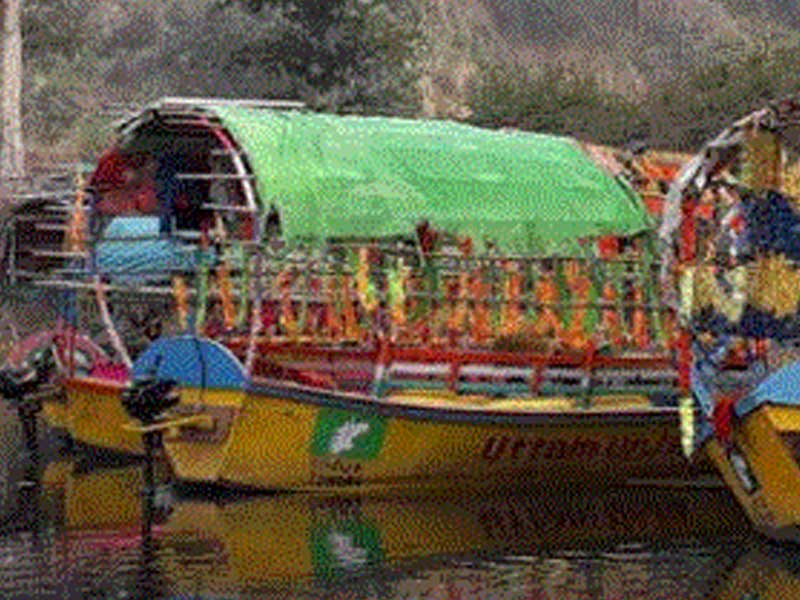 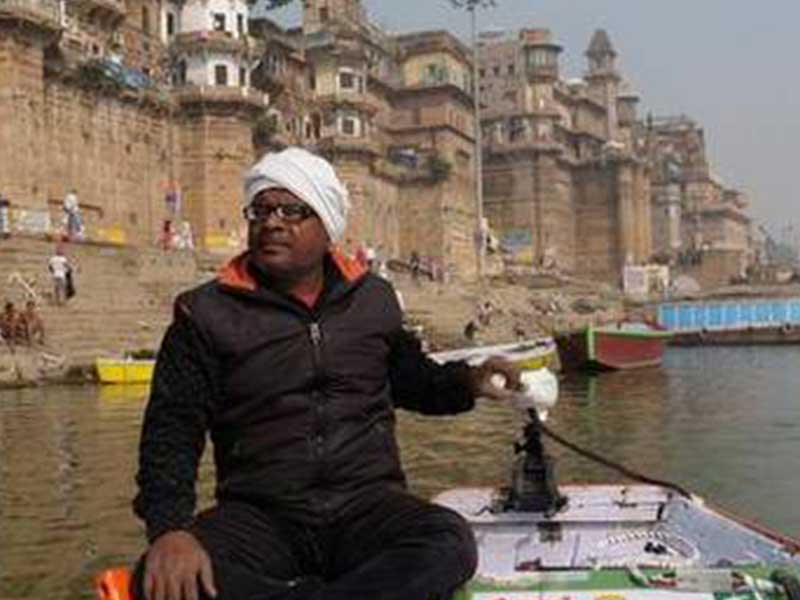 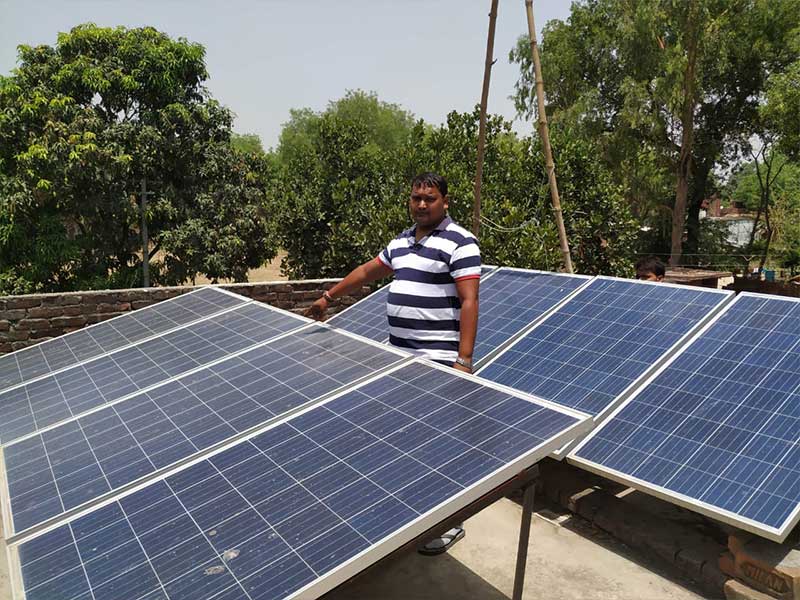 In Varanasi, New Solar Tech is Helping Beleaguered Saree Weavers Save Their Tradition

A customized system to harness solar energy was designed for weavers by TERI as the craft of saree making is complex and it requires varying degrees of power at a very short intervals. 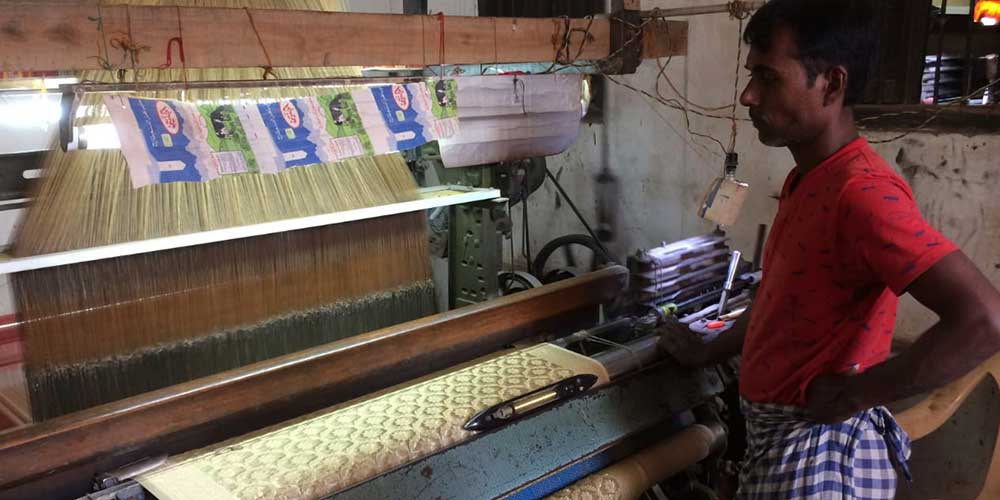 Project team has developed a hybrid solar charging model that ensures continuous flow of electricity to the looms. 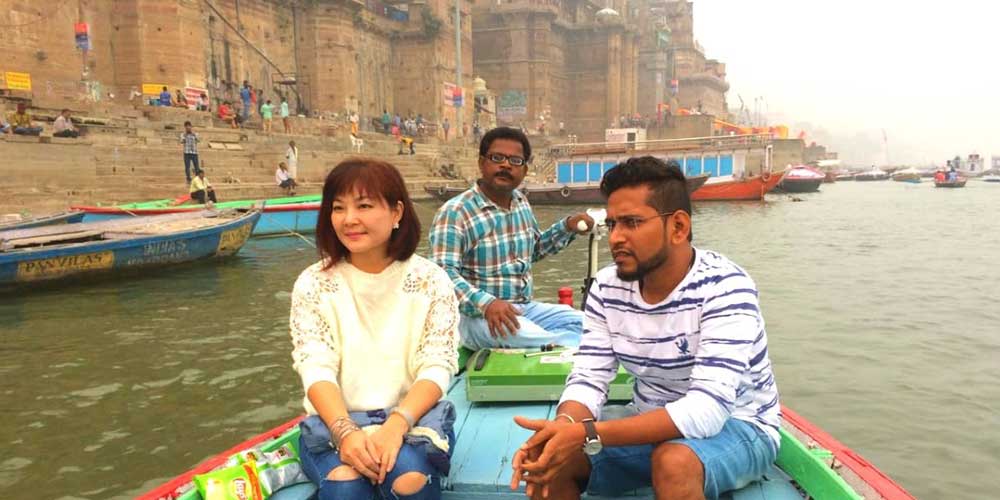 TERI engineers have developed a power back up, which takes a few microseconds to generate electricity.