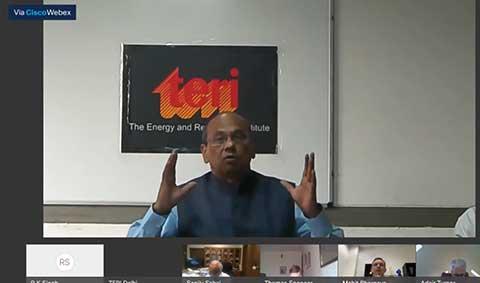 A new report released by TERI gives a picture of how electricity demand would be affected by the economic effects of the Coronavirus pandemic in the mid-term to 2025, in a first-of-a-kind study to understand the impact of COVID-19 on the mid-term future of a major sector in India.

New Delhi, July 21: The demand for electricity in India is expected to be 7 to 17% lower by 2025 due to the COVID-19 economic shock, than it would have been in a scenario without the COVID-19 shock. The wide range of potential outcomes represents the high degree of uncertainty around the pace of the economic recovery from the shock.

In the central scenario, all of India's states will be affected by slower demand growth. Electricity demand in India's 10 largest power consuming states is expected to be 5-15% lower than it would have been without the economic shock caused by COVID-19, according to TERI's latest report. 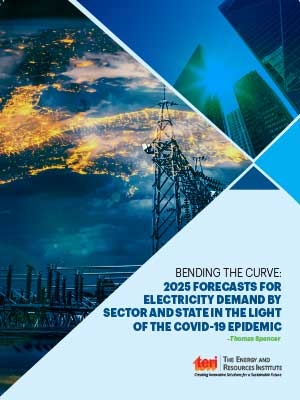 The report, titled 'Bending the Curve: 2025 Forecasts for Electricity Demand by Sector and State in the Light of the COVID Epidemic', was launched on Tuesday along with the report titled 'Renewable Power Pathways: Modelling the Integration of Wind and Solar in India by 2030' by Shri RK Singh, Honourable Minister of State (IC) of Power and Renewable Energy, and Minister of State, Skill Development and Entrepreneurship, Government of India.

The minister said that in his view, there would hardly be any decline in power demand. "Despite the lockdown, we have rebounded and will continue to do so. I don't see electricity demand suffering in the long term... It will be growing on a slower pace but it we will be back," he said.

Dr Ajay Mathur, Director General, TERI, said, "Electricity demand would possibly be between 7 and 17% less than what was expected till 2025, depending on the kind of economic recovery that takes place. In short, we will see a reduction in the demand in the years to come."

The report launch, which was followed by a technical discussion, was part of the 'Virtual Sustainable Action Dialogue on Energy Transition', a pre-event of the World Sustainable Development Summit, TERI's annual flagship event that is to be held in February 2021.

Key findings of the report Bending the Curve: 2025 Forecasts for Electricity Demand by Sector and State in the Light of the COVID Epidemic

TERI envisages this work as a public dataset that can be used by policy-makers, businesses and experts to get a sense of the potential outcomes for electricity demand in the mid-term. The complete dataset is available with the report.

The two reports have been prepared by Energy Transitions Commission (ETC) India, which is a research platform based at the TERI headquarters in New Delhi. It is the Indian chapter of the global ETC, which is co-chaired by Lord Adair Turner and Dr Ajay Mathur, Director General, TERI.

The platform aims to foster the adoption of low-carbon pathways in India through intense and informed discussions between ETC members in India, key policy makers and others concerned with technology options.

Tags
Energy transitions
Renewable energy
Decarbonisation
Low-carbon economy
Themes
Energy
This block is broken or missing. You may be missing content or you might need to enable the original module.