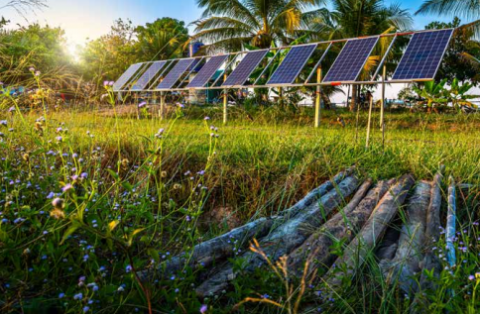 New Delhi, October 31, 2022: The need for the global clean energy transition mechanisms to be inclusive and just beyond the context of coal, and the lead role G20 countries -- the Presidency of which India is set to take over this year -- should play in furthering the focus on demand-side perspectives in the energy transition of vital sectors such as agriculture, Micro, Small and Medium Enterprises (MSMEs) and transport was underscored by a policy brief released by The Energy and Resources Institute (TERI) on Monday.

Energy transitions, the key factor to achieving sustainable development and climate goals, in recent times have been dominantly centered on ‘just transitions’ in the coal sector with the emphasis firmly on energy supply and mitigation aspects. Just transitions have gained traction in the climate change discourse since COP26 and will also be a priority for the COP27 Presidency as well. The policy brief ‘Inclusive Energy Transitions: Messages for the G20 Forum’ produced by TERI as a part of its Act4Earth SDG Charter initiative, analyses the three energy and carbon intensive sectors of agriculture, MSMEs, and transport in G20 countries and emphasizes the need for the G20 forum to aid consensus building and spur the push for normative shifts to bring in more attention to the energy demand aspects of the three sectors. The policy brief also highlights the gap in gender inclusion policies covering the transport, MSMEs, and agriculture sectors in the G20 countries.

Commenting on the urgent need to plug the gaps, Mr Ajay Shankar, Distinguished Fellow, TERI, and former Secretary, Department of Industrial Policy and Promotion, Government of India, said, “The G20 consume over 70% of global energy. As India assumes the G20 Presidency at the end of the year it would have the responsibility of shaping a consensus not only on faster energy transition but also on it being just and inclusive especially from the gender perspective.” The TERI paper, he pointed out, asserts the need for a holistic approach in the energy transition agenda for the sectors of transport, MSMEs and agriculture.

Dr Shailly Kedia, Senior Fellow and Associate Director, TERI, emphasized that energy systems need to be inclusive of both supply and demand perspectives. “Markers on just transitions concerning energy systems should factor in energy demand and not just supply. The G20 can push for global indicator frameworks on SDGs (sustainable development goals) to report and monitor energy demand-side indicators along with gender disaggregated data,” she added. The discourse on just transitions at COP27 needs to engage with inclusive energy demand interventions as well as adaptation. Transitions need to be both ‘just’ and ‘inclusive’, she noted. “The focus on energy supply and mitigation is not in line with the principles of equity and climate justice,” emphasized Dr Kedia.

More than one-third of the world’s energy -- 71.6% in 2019 -- was consumed by G20 countries and the EU. With the attention skewed towards supply-side, the policy brief also underscores the need to focus on the demand side policy interventions during India’s G20 Presidency through the dedicated working group on energy transitions under the Sherpa track. India, it notes, can assume a normative leadership role in energy demand side management areas when it comes to inclusive energy transitions and strengthen the priority areas.

Pointing out that reliable energy supply is essential for inclusive energy transitions, the policy brief moots that demand-side measures would also need reliability of energy supply to enable lifeline energy consumption for various energy demand uses. It also underlines the need to fill missing gender disaggregated data on clean energy transitions. “For gender inclusion in energy sector, data on gender at disaggregated level is required which is missing at this point, specifically for the three sectors, that is, transport, MSMEs, and agriculture,” notes the policy brief.

The G20 can also push for global indicator frameworks on SDGs to report and monitor in energy demand side indicators. “Presently, energy-related indicators in SDGs are limited to supply side measures along with reporting on household cooking and lighting indicators,” it adds.

Tags
Energy transitions
Clean Energy Technologies
Themes
Energy
Climate
This block is broken or missing. You may be missing content or you might need to enable the original module.