New Delhi, February 12, 2019: As one of the thematic tracks of WSDS 2019, TERI and the Institute for Advanced Sustainability Studies (IASS) , under the aegis of International Climate Initiative (IKI) and the German Federal Ministry for the Environment, Nature Conservation and Nuclear Safety (BMU), held the session "Leveraging the 'Co-benefits' of Renewable Energy in India – Report Launch".

TERI previously coordinated three COBENEFITS Council meetings to delineate areas of national importance that can be captured using the co-benefits approach. The "co-benefits" approach seeks to identify and capture the positive externalities arising from climate change mitigation. The COBENEFITS Council, comprised of but not limited to representations from institutions like the Ministry of Finance, Ministry of Power, Ministry of Environment, Forest and Climate Change and NITI Aayog, is a multilateral platform created to act as a sounding board to the studies.

The COBENEFITS Council members zeroed in on the following themes: i) gauging the regional impacts of shifting to renewable energy on mortality, quality of life and the improvement in ambient air quality; ii) estimating net jobs created across renewable energy generation value chains, and gauging consequent capacity building and skilling needs evolving in job markets; and iii) making an economic case for electricity access provisioning through off-grid renewable energy solutions versus grid-based electricity. At their final stage, the COBENEFITS team launched reports of the India specific studies conducted at TERI's World Sustainable Development Summit 2019.: With this event, the COBENEFITS project marked the starting of its outreach phase.

The Air Pollution and Health study found that the estimated PM10 emissions decreased between 2031- 2051 due to LPG penetration in the residential sector, adoption of BS-VI fuel and technology in transport sector, and introduction of stringent standards for industries and power plants. The simulations also found that the health impacts due to air pollution are felt the most in IGP- Delhi, Punjab, Bihar, Rajasthan, West Bengal and Uttar Pradesh.

The Employment study found that renewable energy technologies tend to be more labour intensive than conventional technologies, and that the rooftop solar sector, given the small and distributed nature of installations, creates significantly higher job-years per MW than any other technology. The study found that as the economy shifts from coal-based generation to renewables, the coal-mining sector would be impacted the most. But as Dr. P.C. Maithani (Advisor, MNRE) reiterated, coal will still remain a part of the growth trajectory.

The Energy Access study found that mini-grid consumers pay significantly higher per unit charges; in some cases, in the absence of grid connectivity or poor connectivity, these non-grid connected consumers fall back to using limited lighting services. This systemic failure never allows for capturing latent demand. Mr. R.R. Rashmi (Distinguished Fellow, TERI) highlighted the need for conducting studies on the co-benefits of climate change mitigation action, above and beyond the aforementioned co-benefits.

The World Sustainable Development Summit (WSDS) is the annual flagship event of TERI. It has, in its journey of seventeen years, become a focal point for global leaders and practitioners to congregate at a single platform to discuss and deliberate over climatic issues of universal importance. The Summit series has emerged as the premier international event on sustainability which focusses on the global future, but with an eye on the actions in the developing world which could bend our common future. The Summit series has, over the years, brought together 47 heads of state and government, 13 Nobel laureates, ministers from 76 countries, 1600 business leaders, 1800+ speakers and over 12,000 delegates from across the world.

WSDS now strives to provide long-term solutions for the benefit of the global community by assembling the world's most enlightened leaders and thinkers on a single platform. 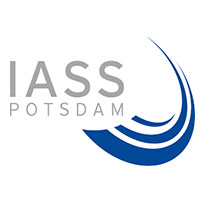 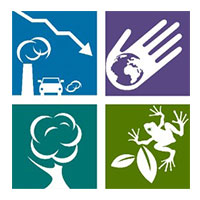 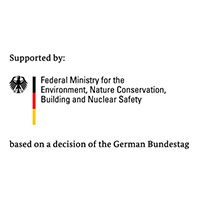 Tags
Climate change
climate benefits
Adaptation
Themes
Climate
This block is broken or missing. You may be missing content or you might need to enable the original module.