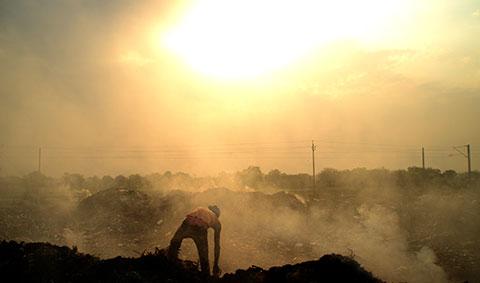 July 2, 2019, New Delhi: The Union Budget 2019 must take forward the commitment to cleaner environment as was highlighted in the interim budget, The Energy and Resources Institute (TERI) stated.

Referring to the former Finance Minister’s vision for a pollution-free India in the interim budget speech of February 2019, Mr Ajay Shankar, Distinguished Fellow, TERI, said, "The forthcoming budget should spell out programmes and initiatives which lead to restoring air quality, water security, 100% sewage treatment, and 100% solid waste management over the next five years".

The interim budget had allocated Rs.300 crore for the National Clean Air Programme. "While it is a good start", Mr Shankar said that, "the budget should increase this allocation to promote several mitigation measures that need to be taken urgently to resolve the public health crisis resulting from rising levels of air pollution".

The government must complete the process of transition to clean cooking which it successfully started by enabling BPL families to use LPG through the UJJWALA scheme. Given that all village households in India are now connected to the electricity network, the government should encourage rural communities to use electricity for cooking. Induction cook stoves cost one-third the cost of gas cylinders. TERI has suggested that the government should consider free/subsidized provision of induction cook stoves to BPL households.

TERI's studies suggest that that burning of biomass in cook stoves contributes to nearly 32% of PM2.5 in India. TERI has said that this biomass can be converted into a valuable resource for generating electricity through gasification technology. The power utility companies could be encouraged to purchase this electricity through sufficiently remunerative feed-in tariffs.

Shifting a large chunk of population to electric cooking and using biomass to generate electricity would put an end to a key source of air pollution and accrue significant health benefits.

Given that the transport sector is also a major contributor to air pollution, TERI has highlighted the need for the budget to provide sufficient resources for strengthening public transport in India, with a special emphasis on promoting electric vehicles. Setting up of an extensive public charging infrastructure and subsidies for electric buses are two key areas that need immediate attention from the government.

Old commercial vehicles cause considerable pollution and need to be fully replaced with BS VI compliant vehicles at the earliest. TERI has suggested that this transition could happen without resistance if the government enabled provision of attractive prices for trading in of the old vehicles.

Demand for plastics has outpaced all other bulk materials such as steel, aluminium and cement, nearly doubling since 2000. Most of the plastic waste remains uncollected. TERI has suggested incentivising collection of single use, low value plastics by improving their collection rates.

The government should extend the success of the Swachh Bharat Mission forward by promoting advanced, cost efficient and decentralised technologies that can result in meeting the target of 100% sewage treatment and 100% solid waste management over the next five years.

7. Set up Bureau for Water Use Efficiency

The government must allocate financial resources to set up a Bureau of Water Use Efficiency, entrusted with the mandate to implement programmes for improving water use efficiency in key sectors including agriculture, domestic and industry.

A green agenda: Sustainability imperatives for India's next government
Article

Tags
Environmental governance
Themes
Transport
Water
Waste
Air
Energy
This block is broken or missing. You may be missing content or you might need to enable the original module.