Study shows higher temperature increase in India's mountains affects agriculture, water resources and the millions of people living in the mountains and its foothills

South Asia is a global 'climate change hotspot' with data indicating that the region experiences the largest number of disasters in various forms, including both slow-onset and rapid events. A large majority of the global poor reside in the region, which also has huge gaps in climate adaptive capacities. The largest country in South Asia, both in terms of geographical space and demographics, India has vast complex multi-hazard environments and climate change hotspots. There are a host of projected impacts to its agriculture, water, forests, and coastal regions.

Keeping the hotspot concerns in mind, a large 5-year programme on 'Collaborative Adaptation Research Initiative in Africa and Asia (CARIAA)' was introduced in 2013. In India, CARIAA's focus is on the semi-arids in the western and southern parts of the country, the deltas in the east and the mountain systems in the north. These hotspots in India are defined based on the unique climate signals that surround these regions, and the vast number of people inhabiting them with livelihoods being affected.

This policy brief focuses on the Hindu Kush Himalayan (HKH) region, semi-arid land, and mega deltas in three different sections. TERI's study focuses on Upper Ganga, Gandaki and the Teesta catchments that provide a lifeline to various ecosystems, the flora and fauna surrounding them and the people inhabiting in the region. Our models already indicate a rather higher rate of increase in temperatures in the mountain regions compared to the plains. While there are no clear trends in the overall precipitation change, extreme events have increased and the threats due to the increase have been multi-fold. Against this background, the objective of the brief is to enhance our understanding on the various surrounding, interacting issues and to find solutions to improve the well-being of people residing in these hotspots, especially the most vulnerable. 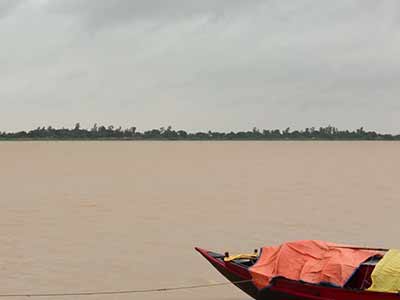 Breaking Down Adaptation: Research and policy for action in India
Videos