The increasing demand of water in agriculture, along with inefficient methods of irrigation, has aggravated the problems of water scarcity in India. There is a huge potential for micro irrigation systems (drip and sprinkler) to improve water efficiency in agriculture. 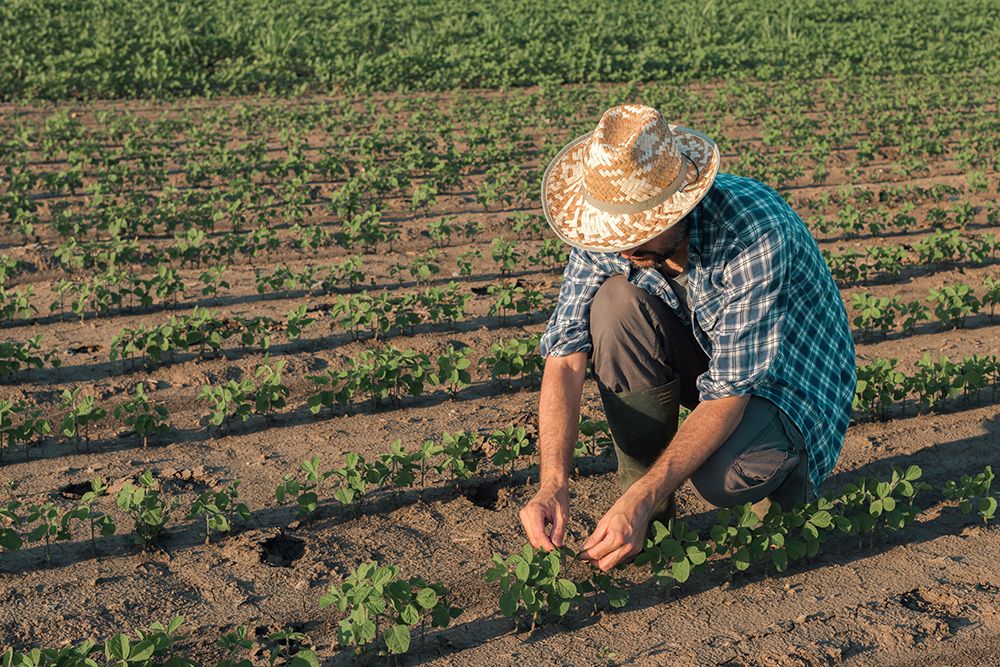 India is an agrarian society and the agricultural sector, accounts for 18% of India’s gross domestic product (GDP) while providing employment to 50% of the country’s workforce. India is one of the largest producers of fresh fruits and vegetables, milk, major spices, several crops such as jute, staples such as millets and castor oil seed. Apart from this, India is also the second largest producer of wheat and rice. India initiated its own Green Revolution programme in the field of plant breeding, irrigation development and financing of agrochemicals after 1960. The Green Revolution had several benefits, such as increase in production due to the use of high-yielding varieties of seeds, crop genetic improvements and irrigation, which led to widespread poverty reduction. However, the unabated adaptation of unsustainable agricultural techniques and practices (high dependence on chemical fertilizers and pesticides) by farmers to produce more had an adverse impact on the environment. There were reports of loss of soil fertility, deteriorating state of water resources, pollution of groundwater and increase of salinity in groundwater. In 2018, the National Institution for Transforming India (NITI Aayog) also stated that around 600 million Indians are now facing high to extreme water stress situation because of growing population and the ever-increasing demand for food. High variations in the range of electrical conductivity (EC) between 2.25 and 5.0 ds/m and heavy metals concentration in groundwater indicate the high salinity problem exacerbated by groundwater withdrawals and contamination of groundwater. The average annual water availability in India is estimated to be 1869 billion cubic meters (BCM). However, due to hydrological, topographic and other constraints, the utilizable water is expected to be about 1123 BCM, out of which 690 BCM is from surface water and 433 BCM from replenish able groundwater. 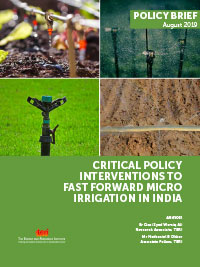 The increasing demand of water from other sectors as well along with inefficient methods of irrigation has aggravated the problems of water scarcity. In order to tackle water scarcity situation in India, particularly in the agriculture sector, Government of India has come up with many irrigation programmes and schemes from time to time. Earlier most of them were based on the open canal system concept, but there is a drastic shift in current and upcoming irrigation programmes and schemes from the traditional irrigation method based on canal flood irrigation to the modern micro irrigation system that uses drip and sprinkler irrigation methods.

There is a huge scope for micro irrigation systems (drip and sprinkler) and many micro irrigation schemes offer subsides ranging from 50% to 95%. There have been various success stories and projects on community-based approach for supplying irrigation water to agricultural areas that were earlier under rainfed agriculture and faced crop failures due to scanty rainfall showcasing the benefits of increased crop production and reduced cost of production with minimal water and power consumption through micro irrigation method adaptation.

Read more about the policy recommendations in the document.