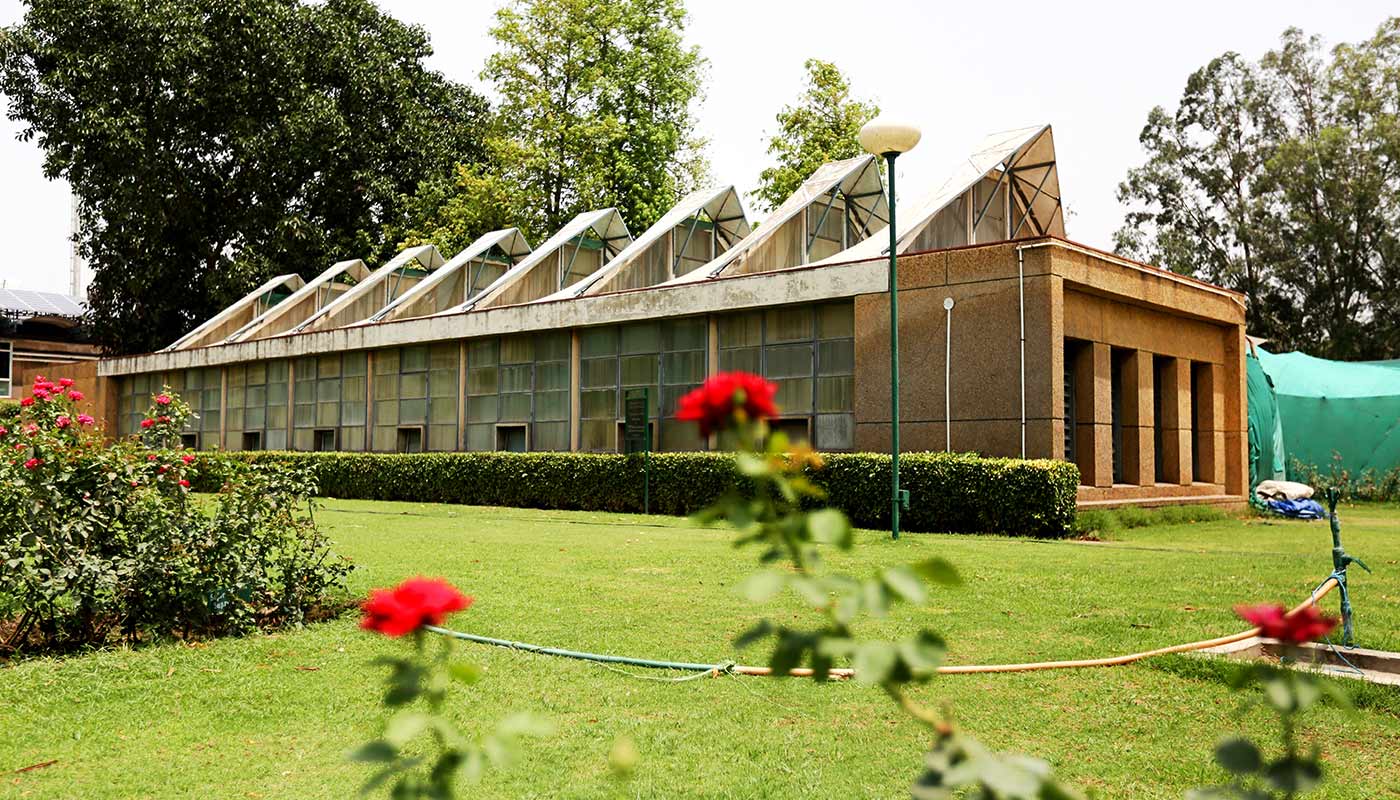 The Micropropagation Technology Park at TERI Gram (Gwal Pahari, Gurugram) was set up as a tissue culture pilot plant in 1989 and upgraded in 1997.

India’s high dependence on agriculture for livelihood warrants a good quantity of healthy crops. Although the traditional breeding of crops has helped with this cause, it is tedious, time-consuming and inadequate.

Micropropagation seeks to be a viable alternative.

Micropropagation is a plant tissue culture technique that involves taking tissue from a selected plant of a particular species and growing it in a lab so as to produce plantlets with a genetic make-up identical to the parent plant.

In India, the Department of Biotechnology, GOI, set up two Tissue Culture Pilot Plants in 1989, one of them being at TERI’s Gwal Pahari campus. In December 1997, this plant was upgraded to a Micropropagation Technology Park (MTP) so as to mass produce economically significant plant species. TERI has already supplied over 18 million plants domestically to various forest departments, NGOs, agro-based companies as well as to private farmers. 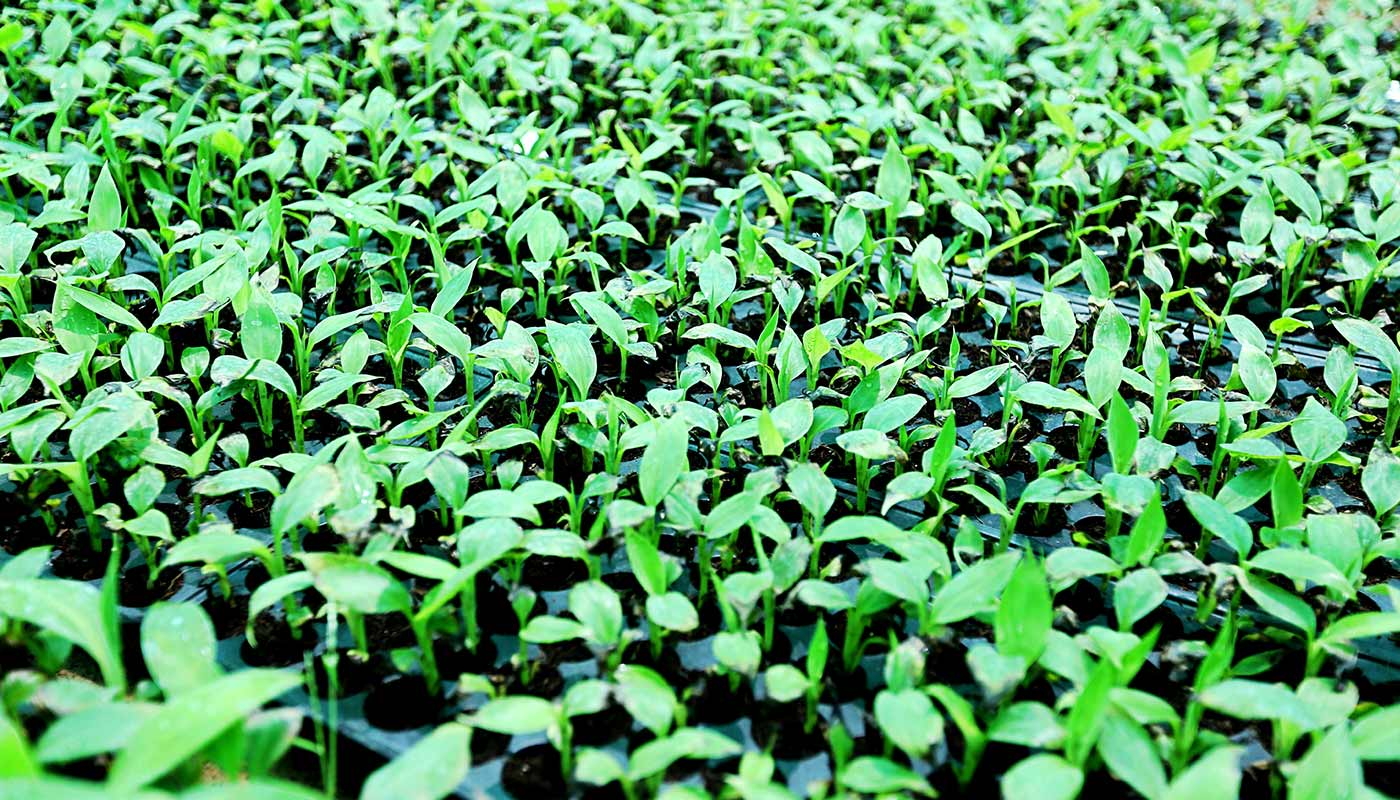 The process starts with the selection of an elite genotype of a plant species that is known to yield a good quality and quantity of produce. 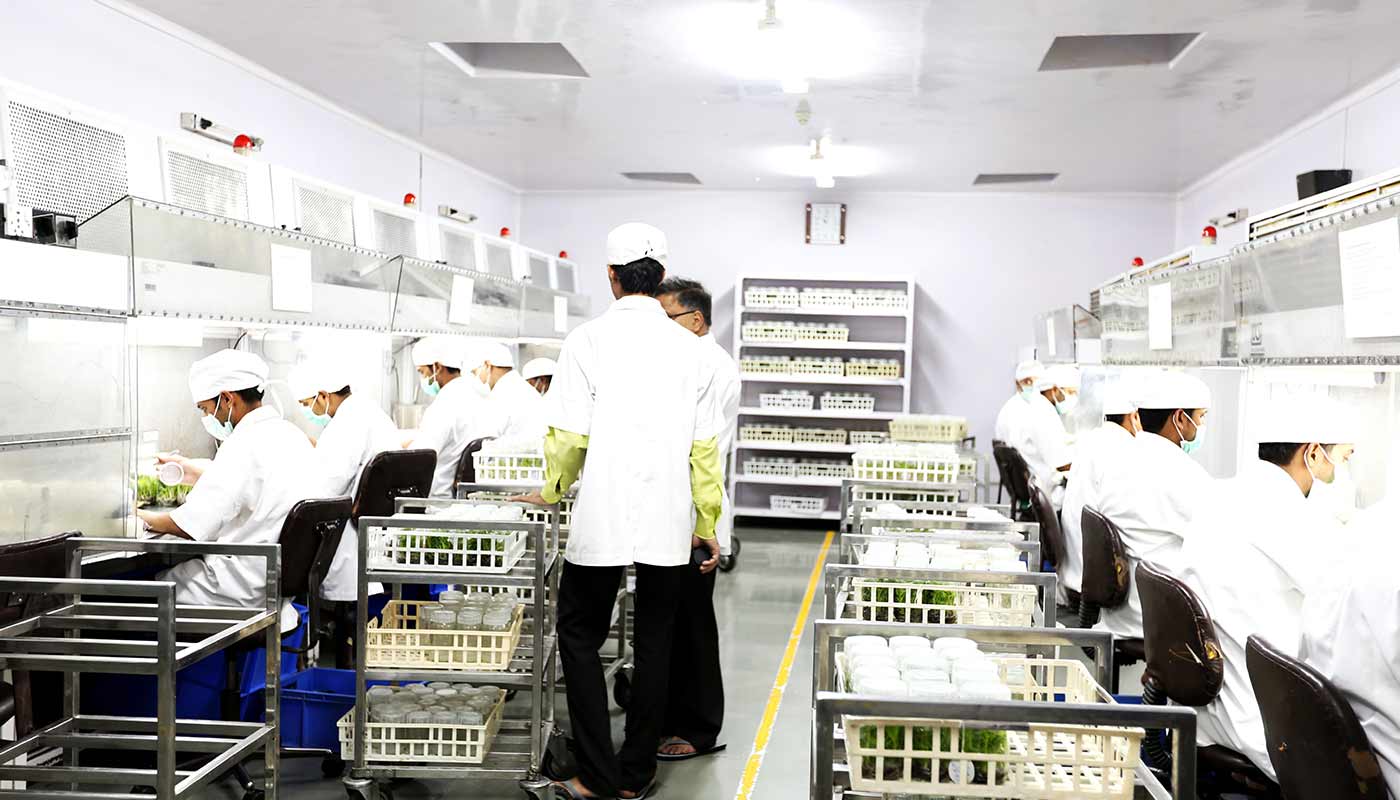 These explants are taken to the Culture Room with laminar air flow chambers having HEPA (High Efficiency Particulate Air) filters. This is where the surface sterilisation, or treatment of plants taken from field or green-house conditions, takes place. 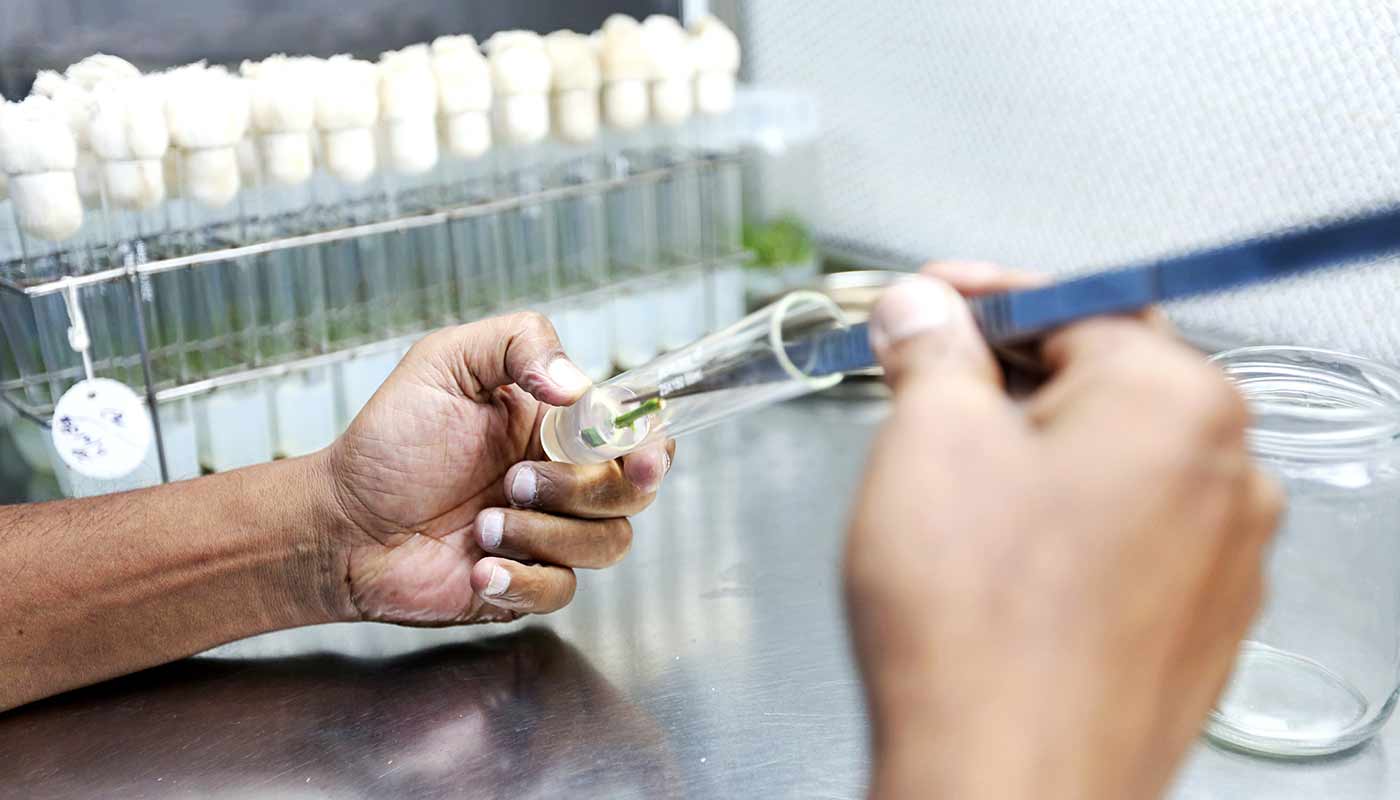 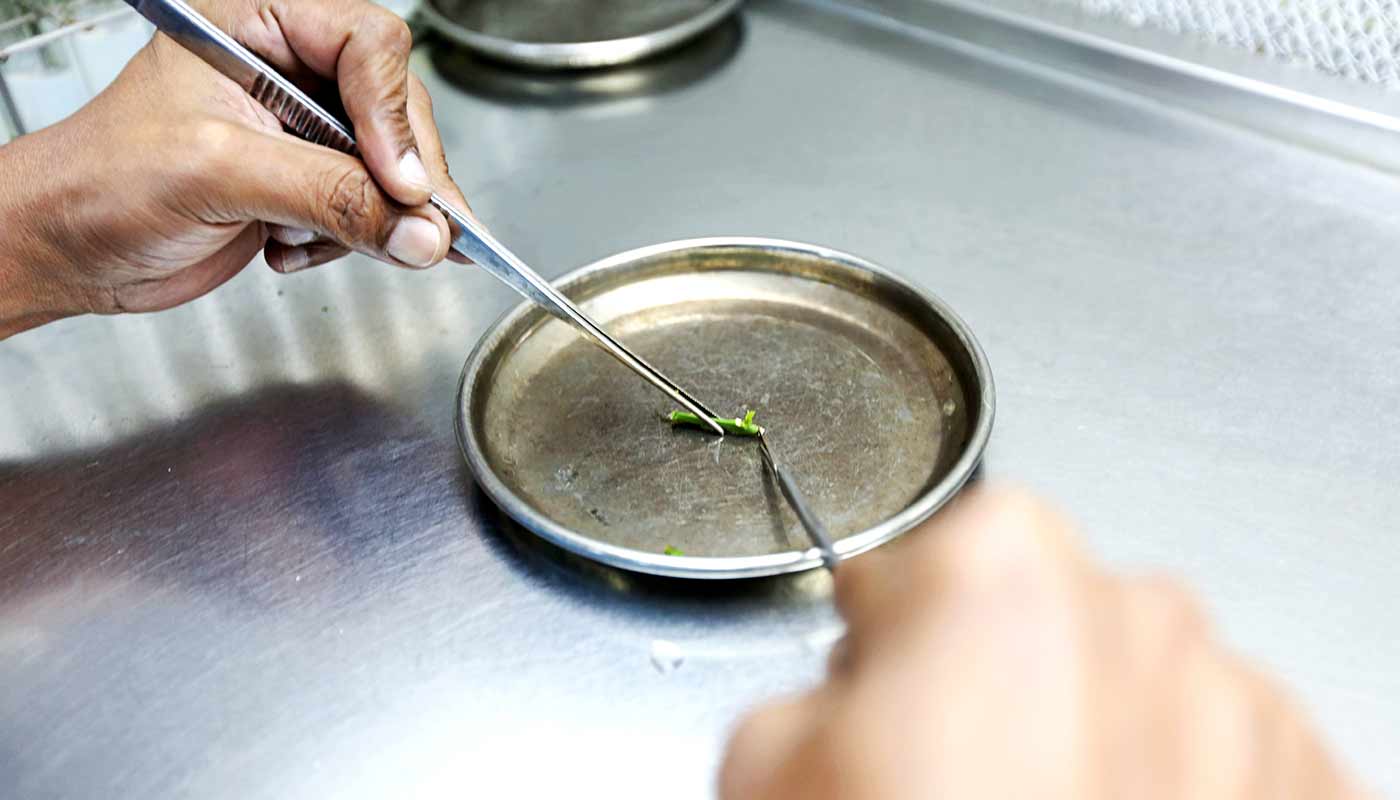 Then a meristematic tissue or explant is taken from the plant, generally from a nodal segment or segments where active growth of the plant takes place. This process is called ‘culture initiation’. 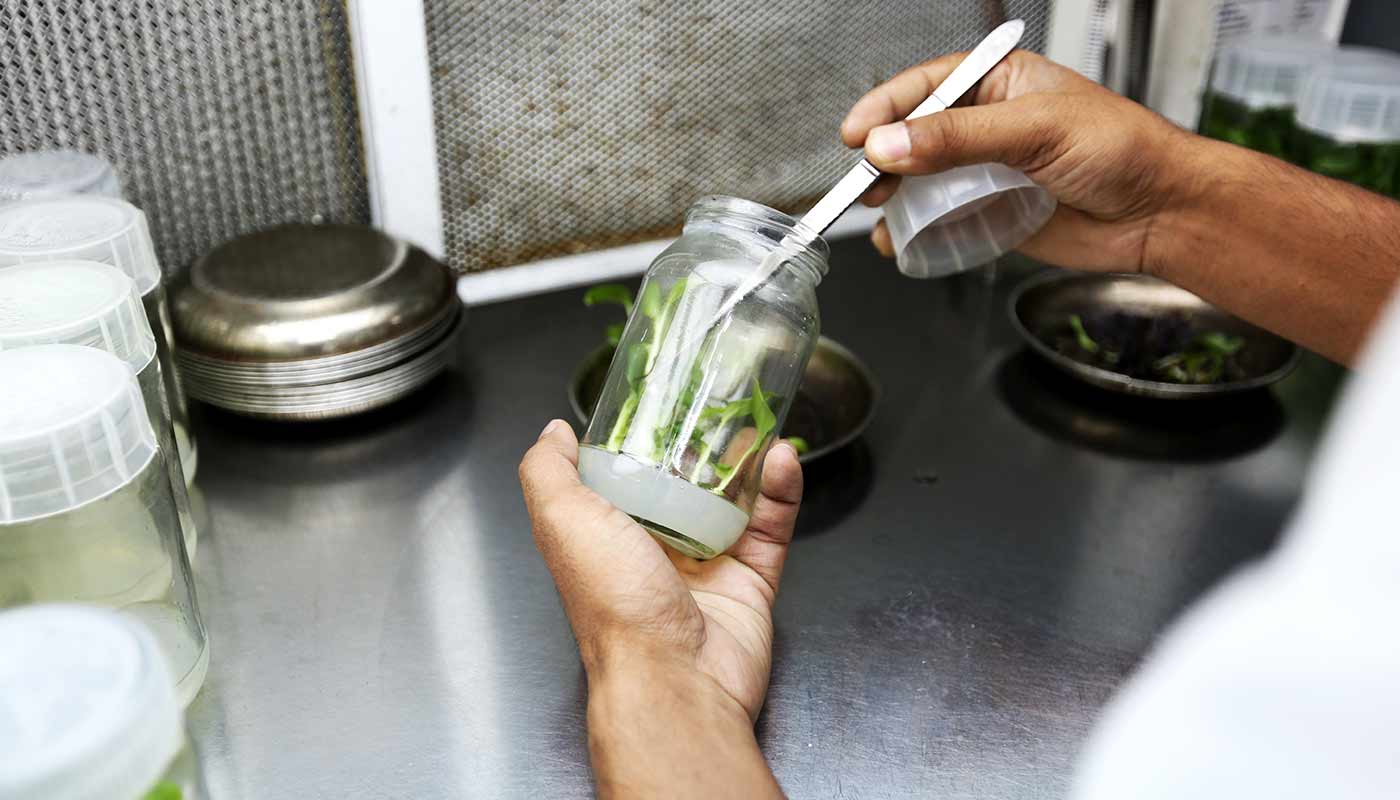 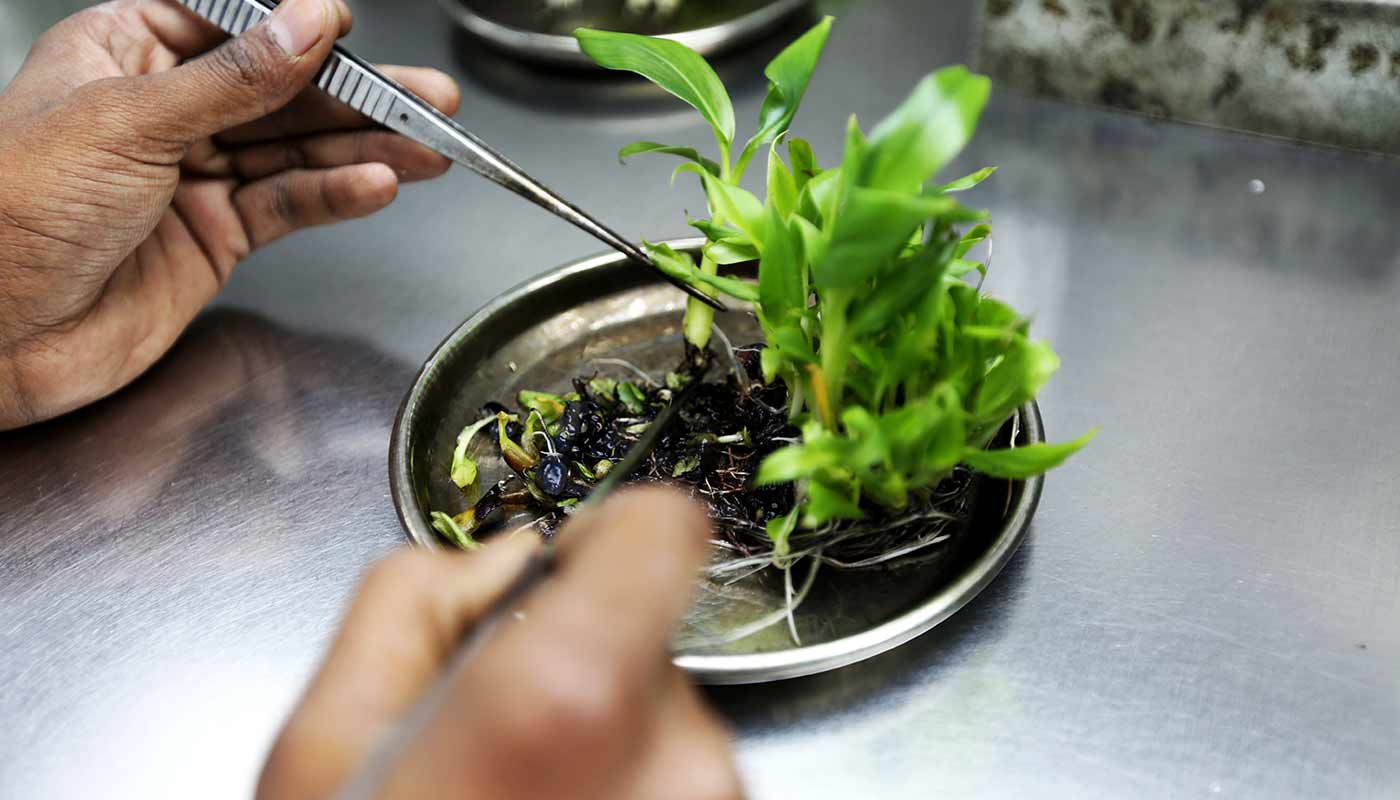 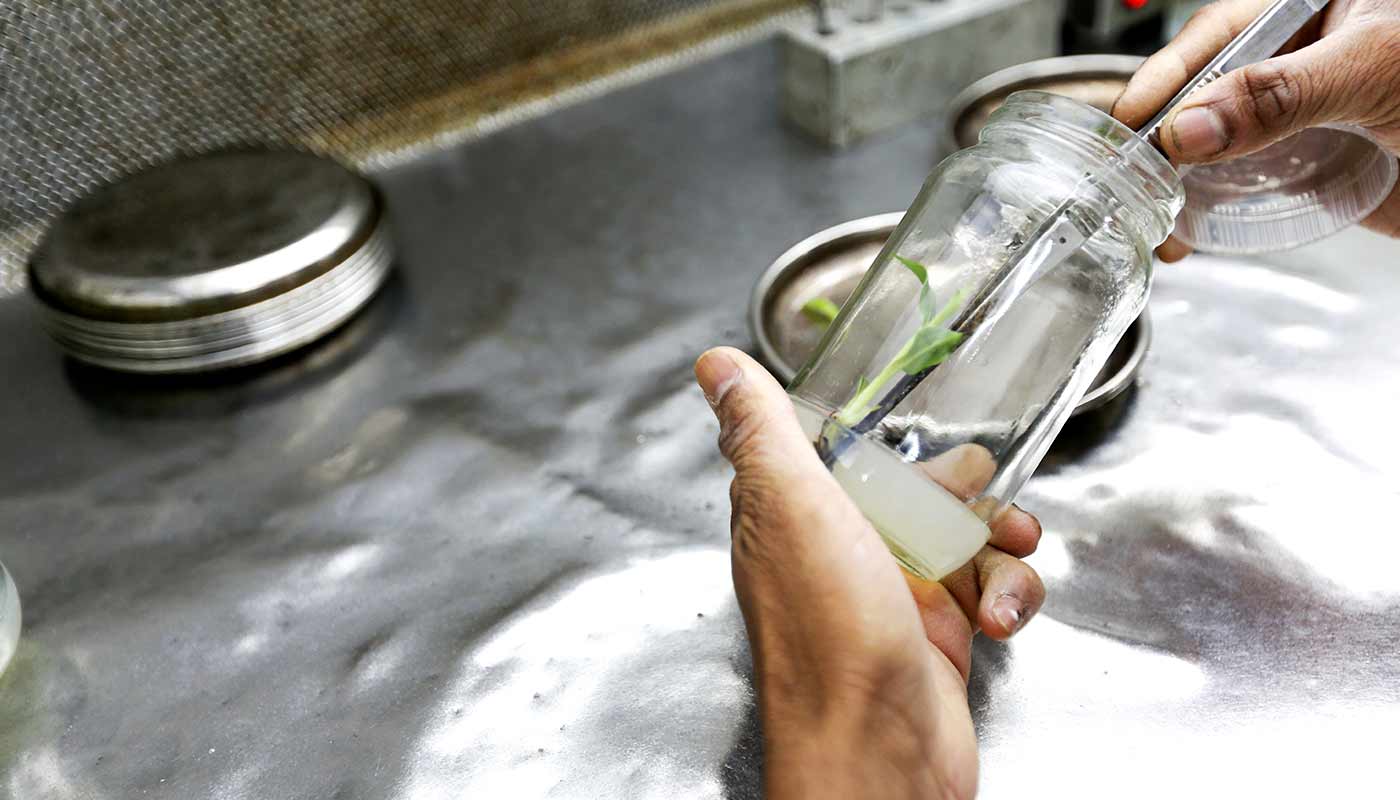 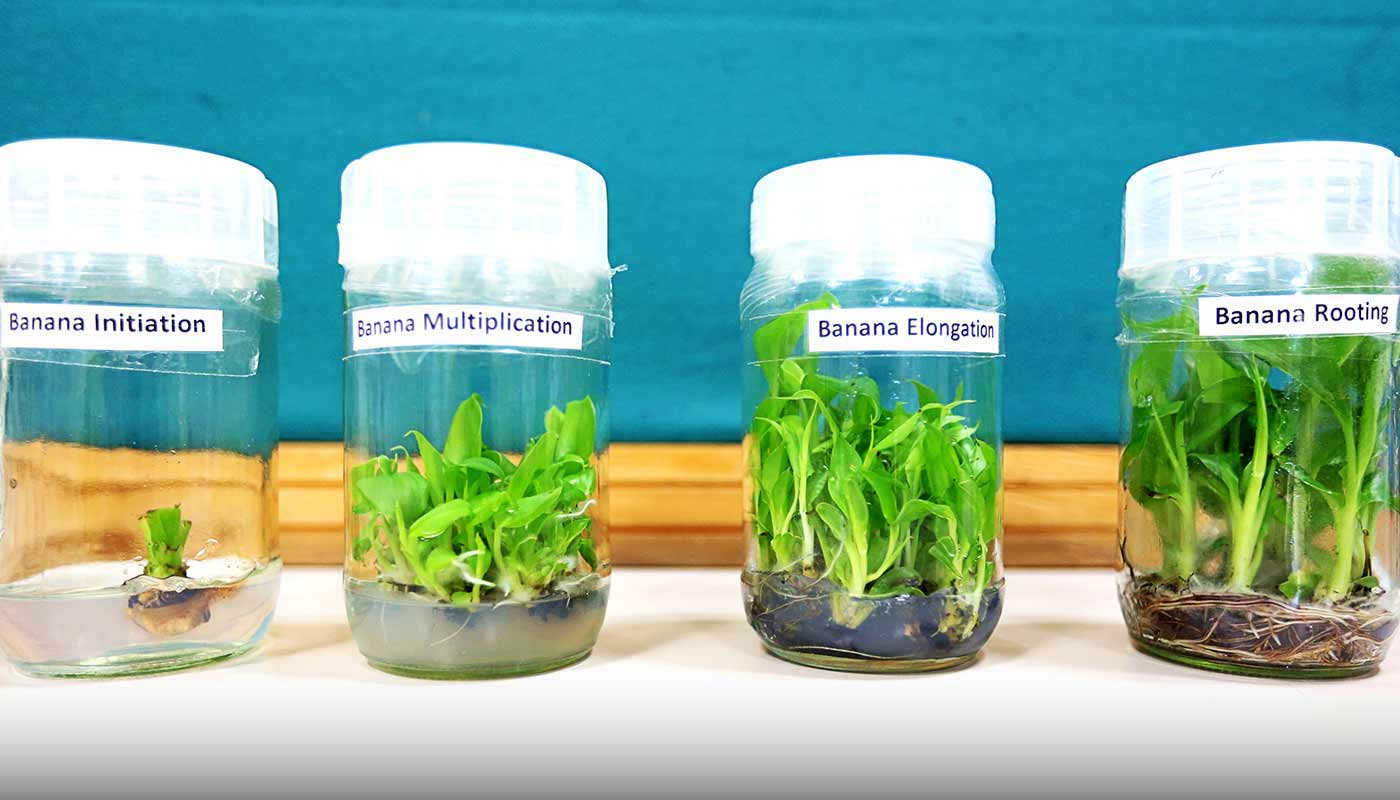 Post initiation, the subculture process is started. This includes the stages of multiplication (increase in the number of plants by artificial means), elongation (increasing the length of the plants’ shoots by supplying growth hormones) and rooting (initiation of roots from a shoot raised through tissue culture) that are repeated every three weeks. A fully hardened banana plant takes up to six months with about eight rounds of sub-culturing. 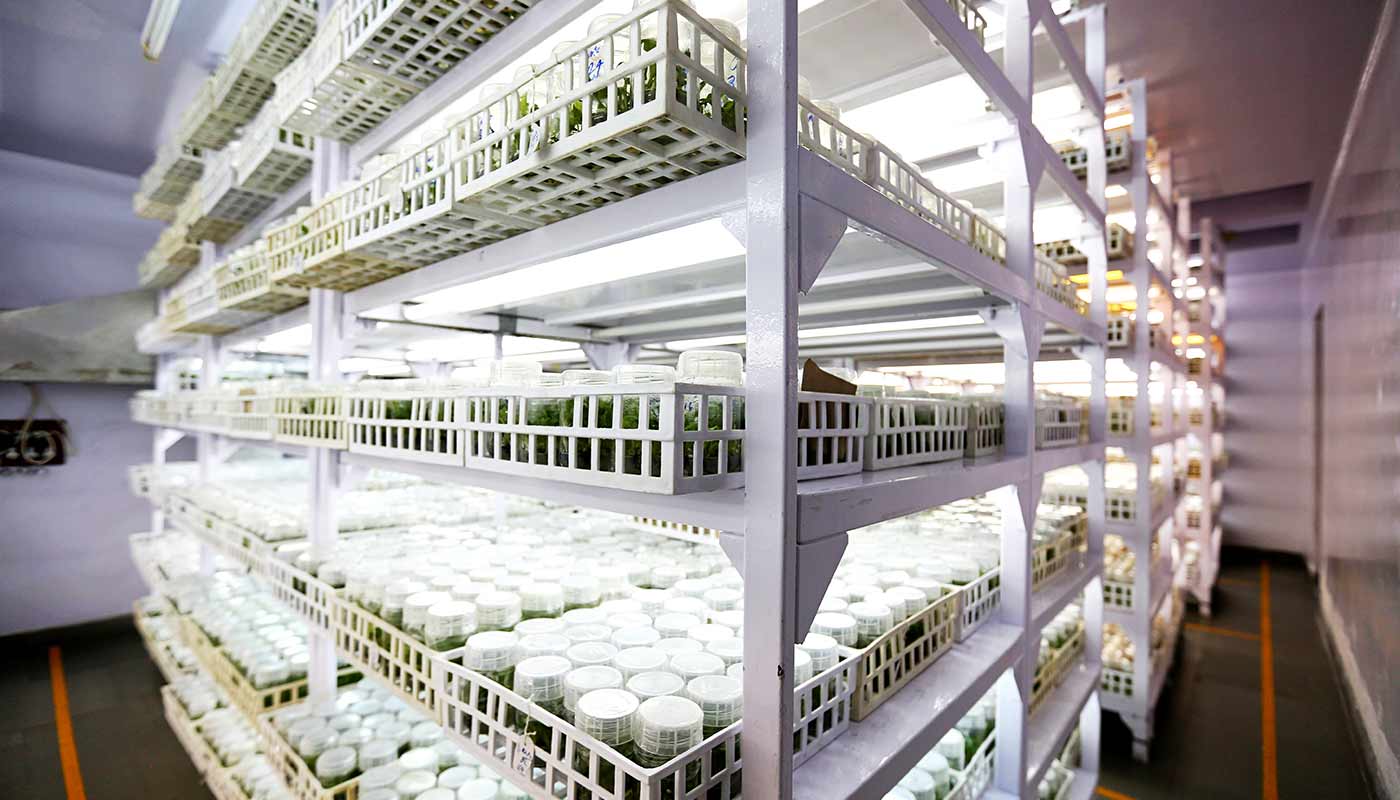 After each round of subculture, the cultures are incubated in the plant growth room where the light and temperature is controlled to mimic ideal outdoor conditions. 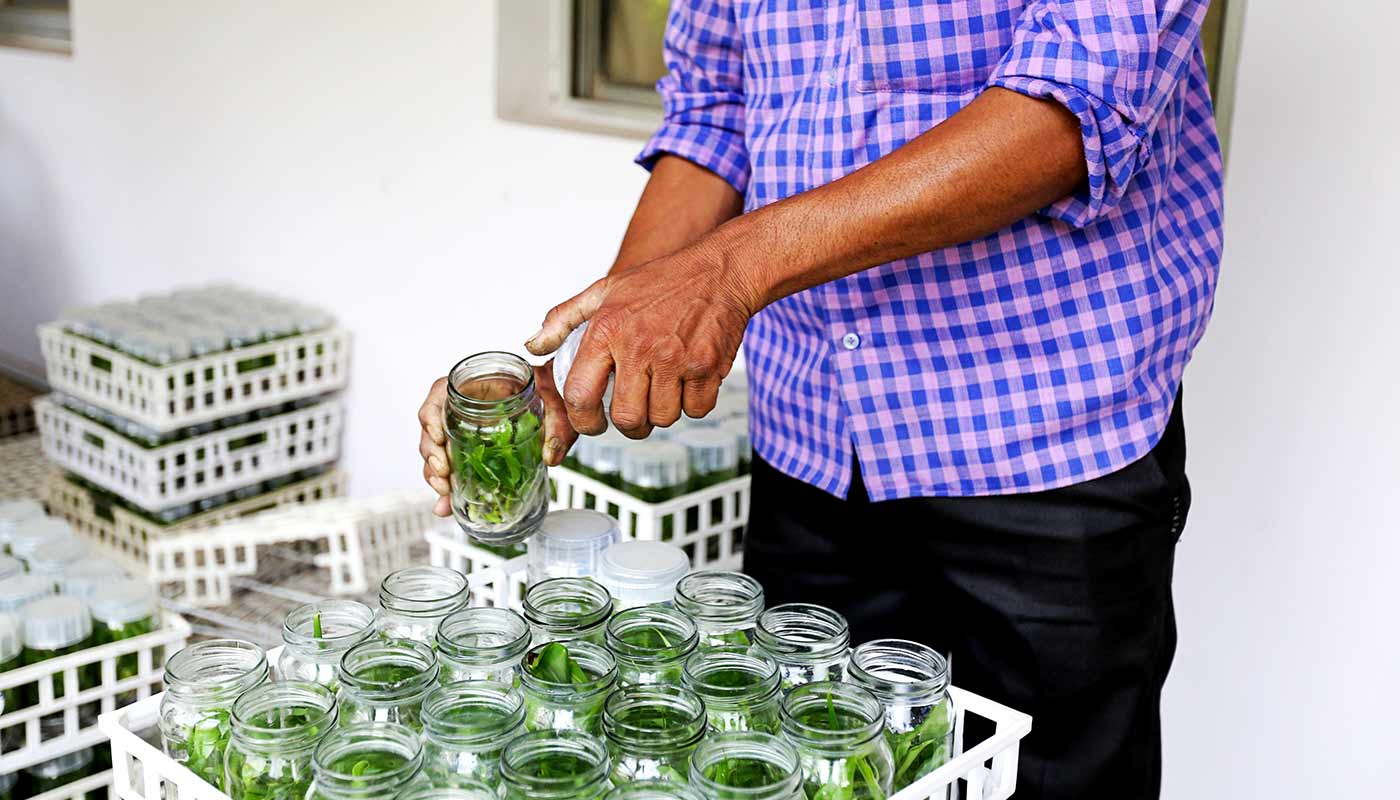 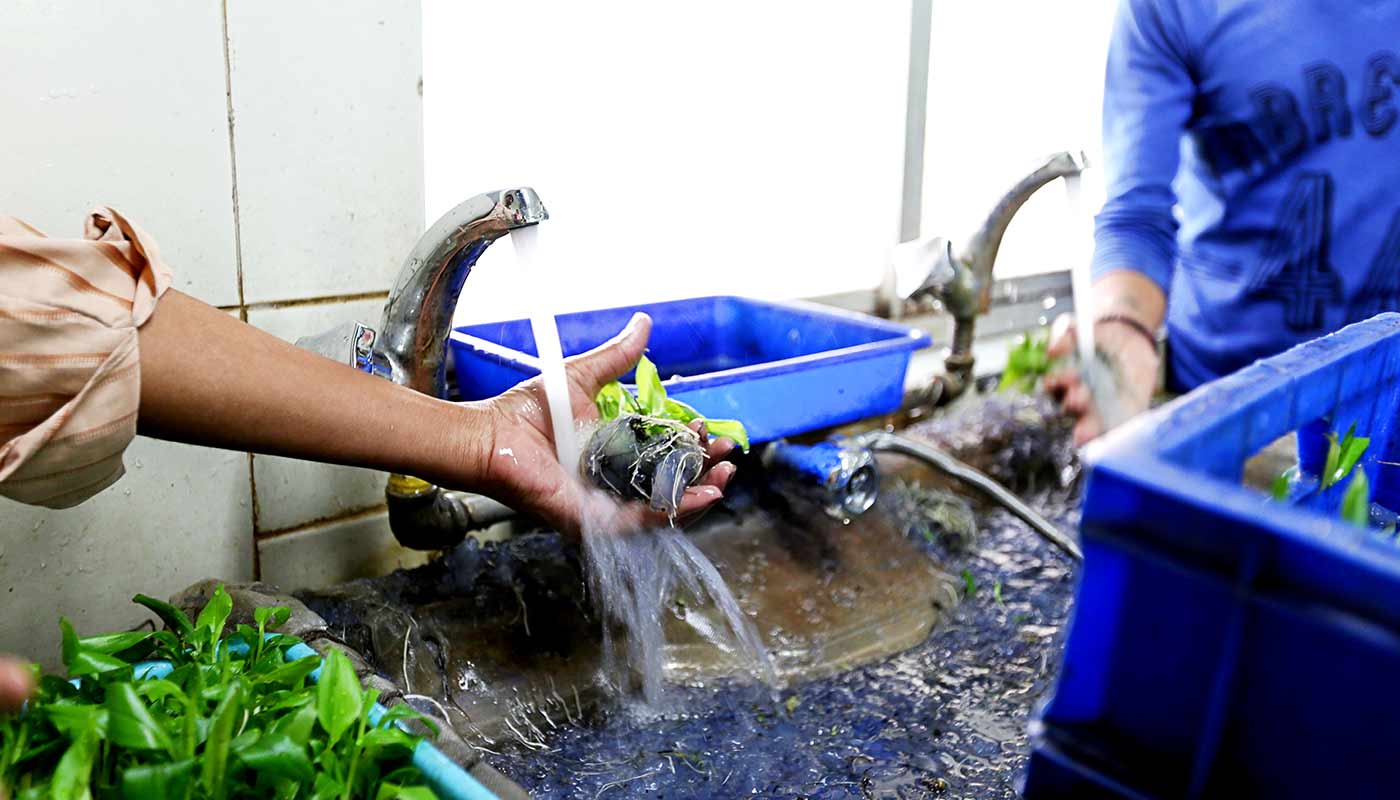 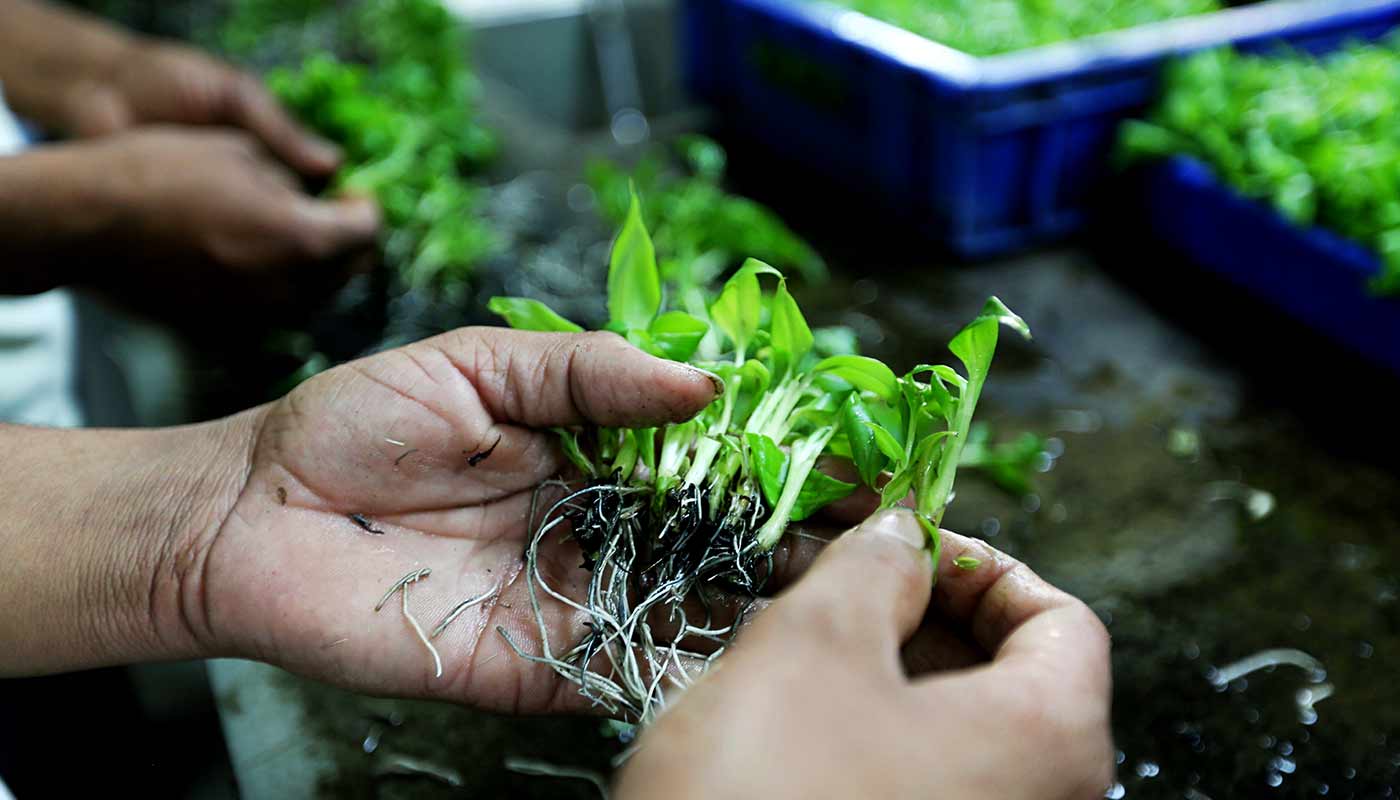 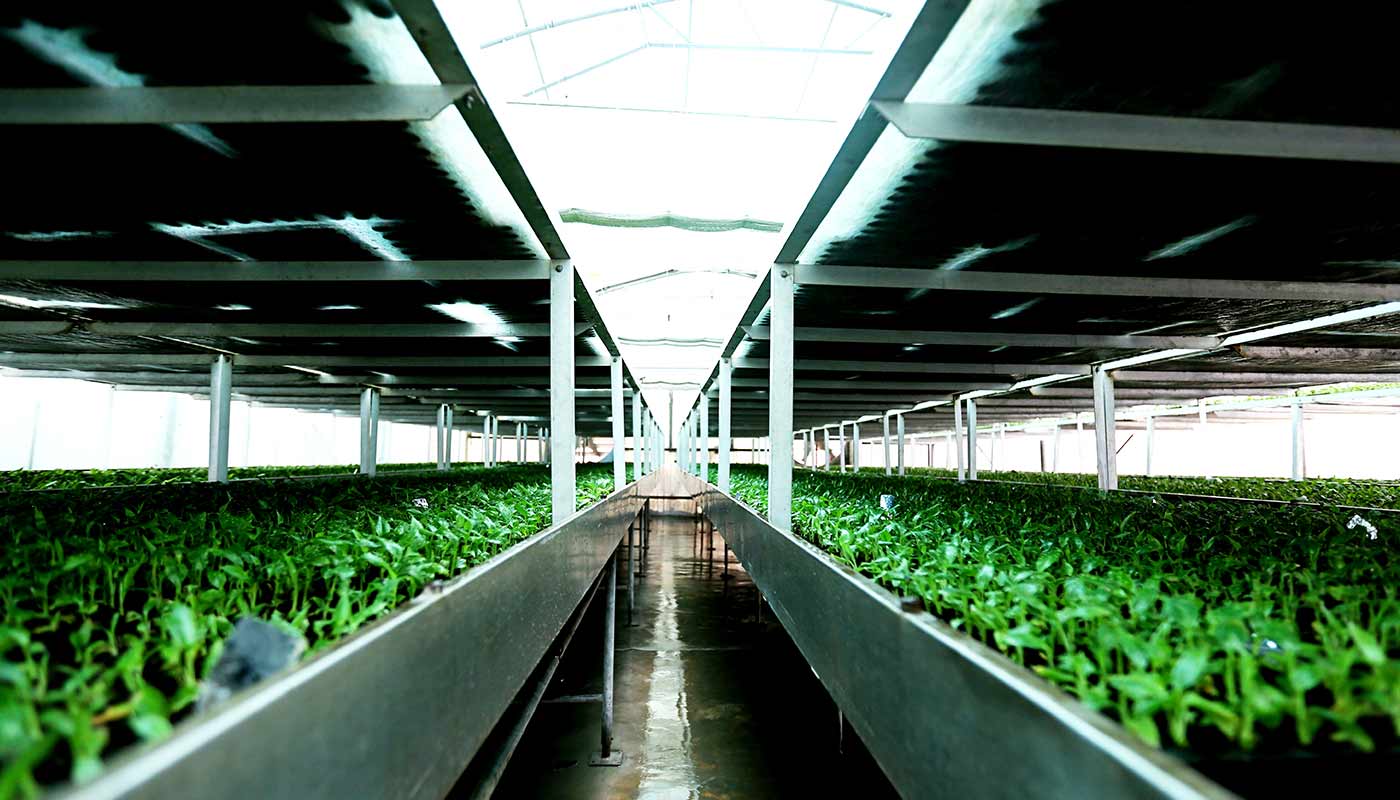 Once the culture shows rooting, the jars are taken to the transfer area from where they are shifted in hyco-trays to the gradient greenhouses where the process of acclimatisation starts. 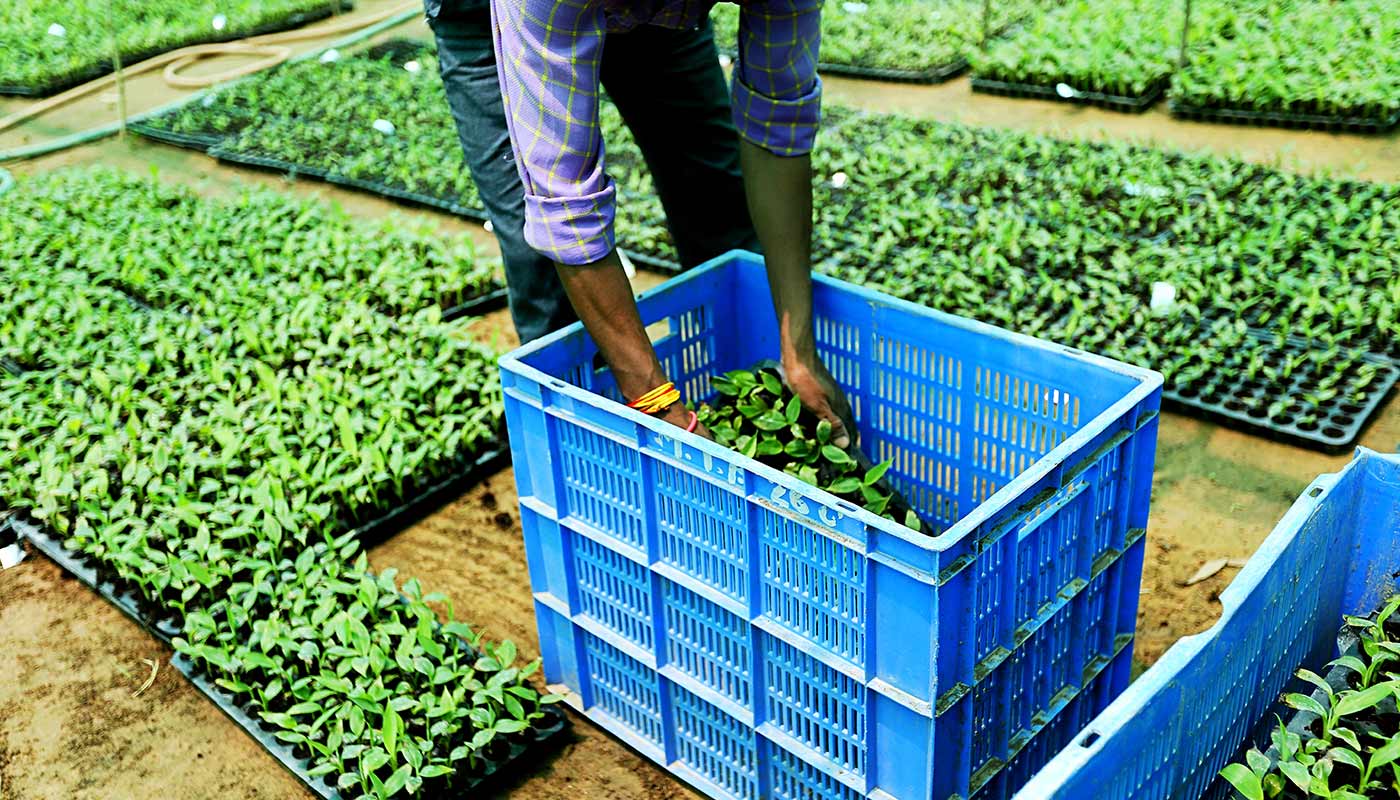 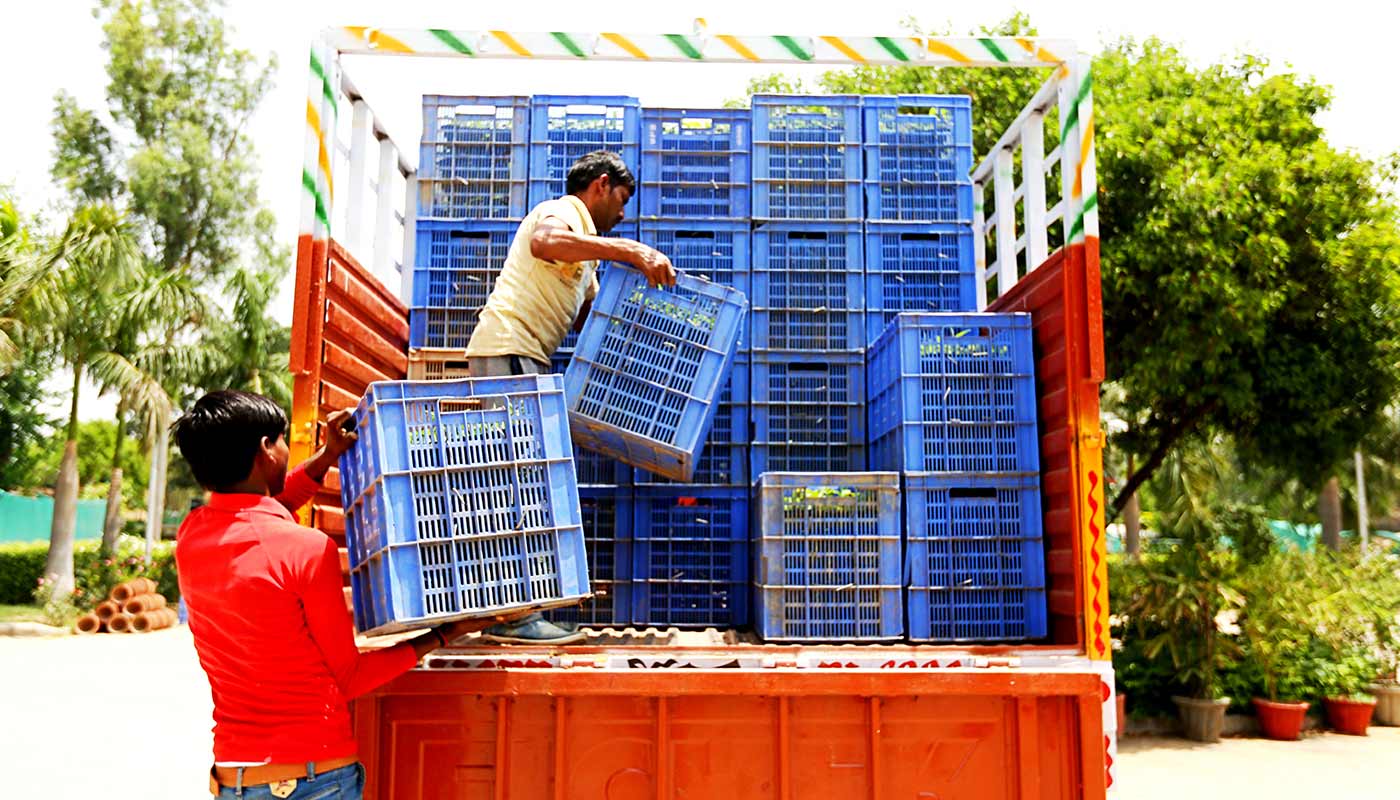 Post their primary and secondary hardening i.e. the acclimatisation of plants grown through tissue culture, the plantlets are transported to distribution centres in Uttar Pradesh, Bihar etc. from where they reach the fields for cultivation. In addition to banana, TERI’s MTP grows crops such as strawberry, which it helped popularise in non-hilly areas; potatoes, of which it has supplied more than 2.7 million plantlets of different varieties; sugarcane varieties that have produced more tillers than conventional sugarcane; and vanilla plants. (Strawberry Photo Credit – Shutterstock)

Micropropagation has helped farmers rid themselves of seasonal constraints while contributing to the finance generated by many cash crops. In addition, being microbe-free has made such plants’ international transit much smoother.

From greater output in lesser time and space to reclaiming wastelands, crops grown at TERI’s MTP have proved to be of great economic and environmental value.

For more information on TERI’s MTP, please write to dharmbir.tomar@teri.res.in