Deciphering the impacts of climate change for Goa

The Earth's climate is getting warmer, and the signs are seen universally. Rainfall patterns are changing, sea level is rising, snow and ice are melting sooner in the spring. By 2100 AD, global temperature is expected to rise by about 2°C and consequently, the sea level by about 50 cm from the present level. This rise in temperature is expected to increase the level of the sea by expanding ocean water, melting mountain glaciers, causing ice sheets of Antarctica and Greenland to melt and slide into the oceans.

Climate change (CC) can have a far reaching effect by impacting just about every aspect of human life. It can affect our water resources, forests and other natural ecological systems, agriculture, power generation, infrastructure, tourism, and human health. The overall negative impacts of global CC will be less severe, if we reduce the amount of greenhouse gases that we are putting into the atmosphere, and worse - if we continue producing these gases at current or faster rates. The impacts vary with the place. Less rain can mean less water for some places, while too much rain may result in flooding at others. Hotter days can damage crops and affect human and animal health.

Over the years, Goa has been witnessing a change in its weather too. A TERI (2014) study on 'Climate Resilient Infrastructure Services' examined the mean sea level for Panaji coast for a period of 1875-2010.After scientific data analysis, an increasing trend of i.26m m /yearw as observed. A combination of outputs from 15 CC models was used to make future projections (year 2100) that shows a sea level rise of o.3mm/year. 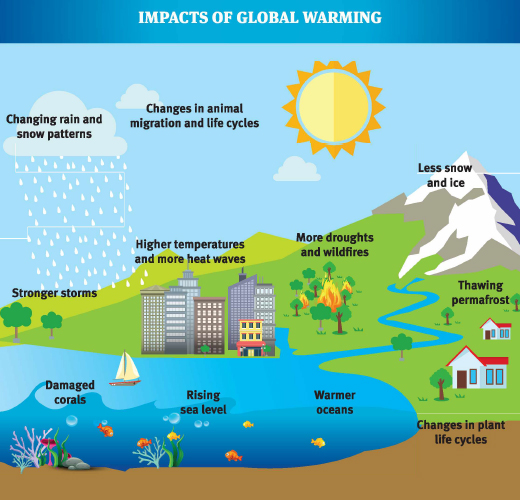 Accordingto Ms. Mini of India Meteorological Department (IMD), Goa has a peculiar geographic orientation with the Arabian Sea on the West and the Western Ghats (with increased height) on its eastern boundary.This makes the weather pattern very unique for Goa. A 100 year data analysis done by IMD revealed an increasing trend in the monsoon rainfall for Goa. As per Mr Atul Naik (Vagaries Goa), in June 2016, Goa received the highest rainfall amongst all other states in India, from both pre monsoon, and the actual South West Monsoon winds. Goa received approximately 1,216 mm of rainfall during this 30 day period (area weighted average) compared to 595.70 mm for Kerala that stood second. Thus, Goa received nearly 3 5 % above normal rain this year, which is also the highest for the month of June during the last 6 years. 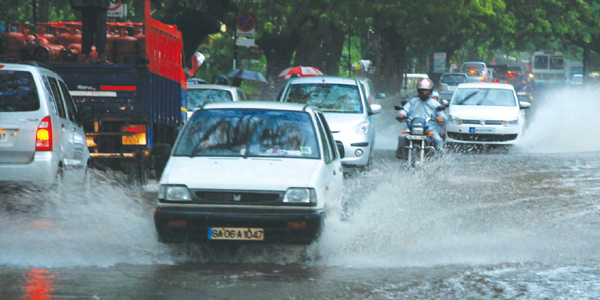 Chocking of our natural bodies leads to water inundation

In Goa, there has been a change in the number of rainy days. This coupled with high rates of urbanization, could lead to water logging and flood like situations. Further, filling up of low-lying areas that have a natural capacity to absorb excess water can lead to water logging. Therefore, construction and development activities need to be properly planned and should include features to enhance climate resilience. Details of Goa's vulnerability to climate change shall be covered in the next part of this article. 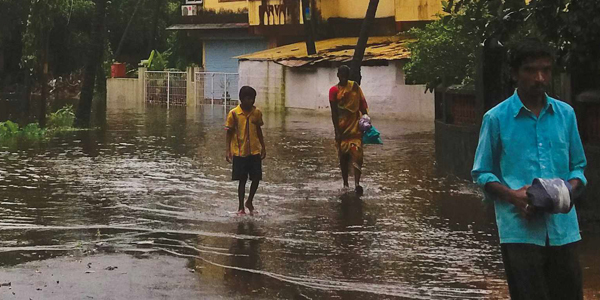 Water logging during the monsoons in Panjim

Theme
Climate
Cities
Habitat
Tags
Climate change
Climate impact
Coastal region
Urban resilience
This block is broken or missing. You may be missing content or you might need to enable the original module.