By providing a database of all publicaly available Emission Inventory Reports and previously unreferred studies for India, the report will aid policymakers and scientists prepare reckoner of all the work done in this area. 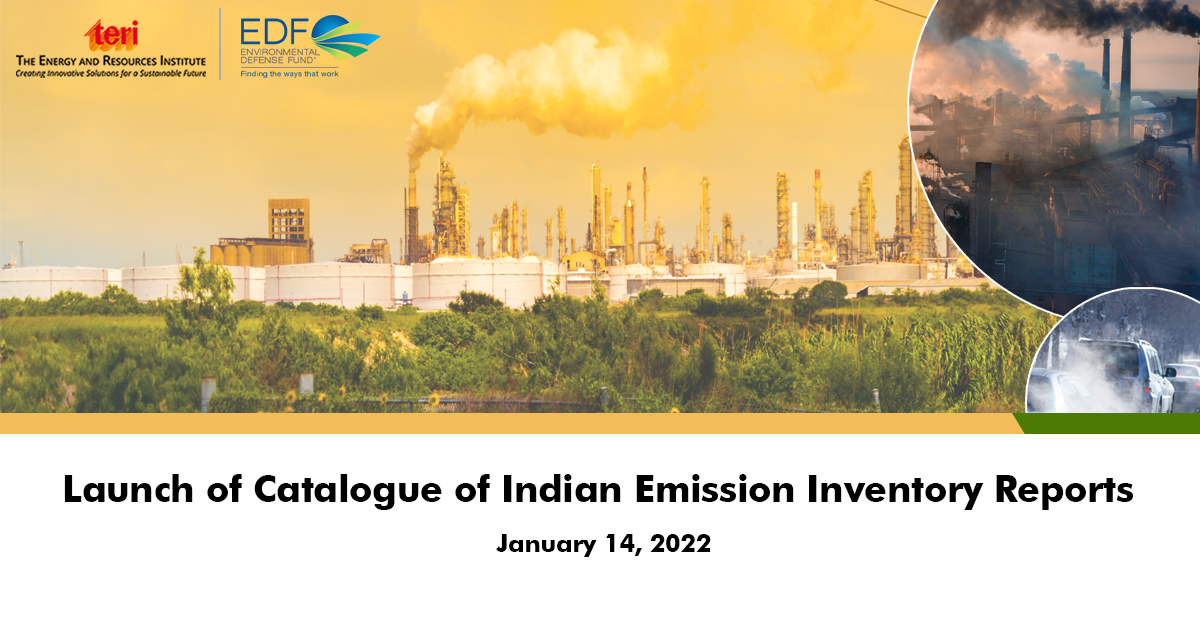 TERI in partnership with Environmental Defense Fund will be launching a report titled "Catalogue of Indian Emission Inventory Reports" on January 14, 2021.

This report presents a database of all publicly available EI reports and several previously un-referred studies for India to help policymakers and scientists prepare reckoner of all the work done in the area. About 200 EI reports have been collated and made available with hyperlinks for researchers and policymakers to use. They have also been sectorally classified for ease.

A detailed air emission inventory (EI) with a comprehensive list of pollutants within a a pre-defended geographical area is beneficial for developing clean air action plans. It can also be used to test the effectiveness of pilot interventions towards air quality abatement. Emission inventories have been prepared for several Indian cities and states, however several of these EI reports have not been given due attention. This report presents a database of all publicly available EI reports and several previously un-referred studies for India to help policymakers and scientists prepare reckoner of all the work done in the area.

EI studies have been tabulated as per the source contribution (total emissions, transport, residential, industrial, power plants, agriculture, waste and others) along with details such as geography, grid size, emission factors used, and type of data collected (primary surveys vs secondary literature). Each sector list also consists of the pollutants studied and highlighted those reports that have adhered closely to the existing CPCB guidelines.

During the course of collating all EI reports, it was found that several researchers continue to rely solely on secondary data sets and use only foreign emission factors, even when Indian emission factors are available. Such inconsistencies in the existing body of literature show the need for developing and implementing systematic approaches towards data collection and reporting. They will ensure that the EI reports are accurate and enable better source apportionment studies. There have been a few reports at the pan-India level studies as well. However, there are considerable lacunae on the geographical spread of emission inventory (EI) reports. Predictably, Delhi NCR and states in the Indo-Gangetic Plain have several EI reports. However, EI reports are sparse in the southern and north-eastern states. We hope this will change as now all 132 non-attainment cities under the National Clean Air Programme (NCAP) are developing their emission inventories and source apportionment studies.

As per various operating sections of the Air Act 1981, air pollution monitoring, calculation of pollution load, preparation of emission inventory, preparation of action plan for air pollution control should be done as per SOP issued by CPCB from time to time. Therefore, emission inventory prepared by agencies and experts using other methodology may not be tenable per Air Act 1981. In its order for Critically Polluted Areas and Non-Attainment Cities, the National Green Tribunal mentioned that methodologies recommended by CPCB should be followed for such studies. 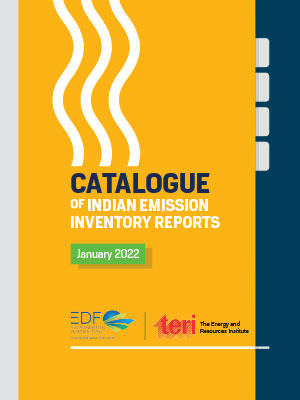 In recent years the nature of pollution sources has evolved significantly. Identifying them is crucial for prioritizing actions to mitigate air pollution. Further, several sources are not considered big emitters. For instance, emissions from restaurants and bakeries are significantly less than emission load from the transport sector. However, cumulatively these sources (including but not limited to construction and demolition waste, paved road dust, crematoria, bakeries and restaurants, diesel gen-sets) add up to a significant number. These sources are usually only accounted for total emission inventory studies, but we now need a more substantial push to develop individual EI reports for such less studied sectors. About 200 EI reports have been collated and made available with hyperlinks for researchers and policymakers to use. They have also been sectorally classified for ease. Cities are now implementing clean air action plans, and NCAP funding is tied to performance. Therefore, periodically revised emission inventories could help check the efficacy of actions in each sector. Finally, regional emission inventories now need to be prioritised as now the airshed approach has gained prominence in the battle against air pollution.

Themes
Air
Tags
Air
This block is broken or missing. You may be missing content or you might need to enable the original module.