The Noxious Fumes of Fuel 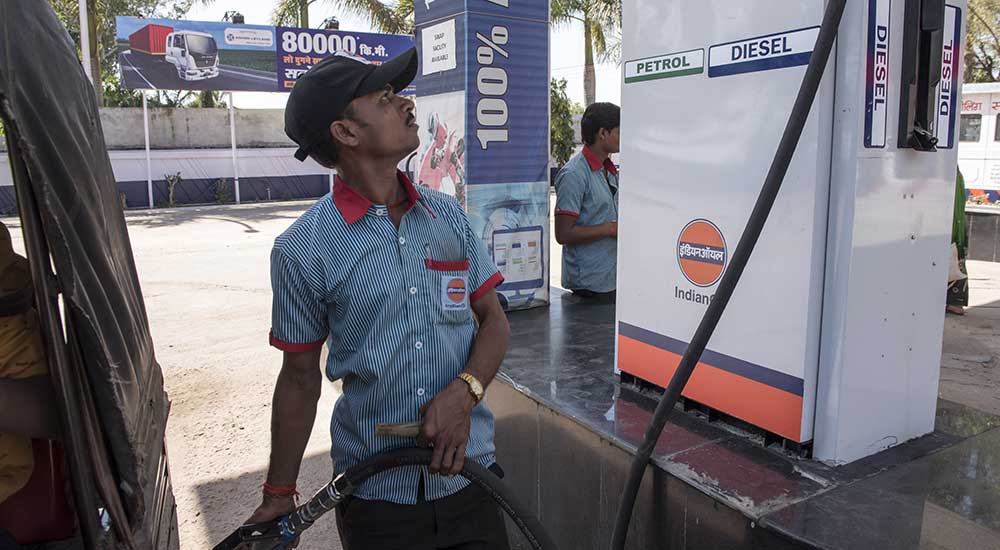 If you manage to break away from the maddening Delhi traffic for a fuel-refill, don't heave the sigh of relief. In fact, if possible, don’t breathe at all! That is what was revealed when TERI assessed air pollutants at 40 fuel refilling stations or 'petrol pumps' in Delhi.

While the quality of air in the Delhi’s petrol pumps is appalling and way below prescribed standards, it has been found to be heavily laden with carcinogenic compounds.

Benzene is present in petroleum products such as fuels, diesel fuel, crude oil, petrol. Benzene has been shown to cause cancer in both animals and humans, therefore is currently classified as human carcinogen (Group A) by US Environmental protection agency, and International Agency for Research on Cancer 1996 and based on limited evidence for carcinogenicity in experimental animals. It is accepted that benzene is a genotoxic carcinogen and therefore no absolutely safe exposure level can be defined. TERI measured the concentration of various pollutants in the breathing zone of fuel pump workers. We also measured the PM10, PM2.5, NOx, and BTX concentration at fuel distribution centres (CNG pumps, petrol and diesel pumps) and estimated the exposure levels besides evaluating the effectiveness of existing control systems in the fuel pumps (such as vapour recovery system)

Findings highlighted the high concentration of volatile organic compounds including benzene at petrol pumps, exposure and the impacts on health. Benzene vapourises quickly and is present as fumes in the air in and around the petrol pumps. It evaporates inside the fuel tank of a vehicle and the vapours fill the space above the liquid fuel, and when the vehicle is refuelled, vapours are forced out from the fuel tank by incoming fuel. An occupational hazard for the workers at the fuel stations, benzene is an established carcinogen and the globally accepted standard is 1 percent in petrol and in India, unleaded petrol has a benzene content of about 3 to 5 percent. This exposure is especially high during peak hours between 11 a.m. and 1 p.m. when there is a high concentration of vehicles at the fuel pumps. 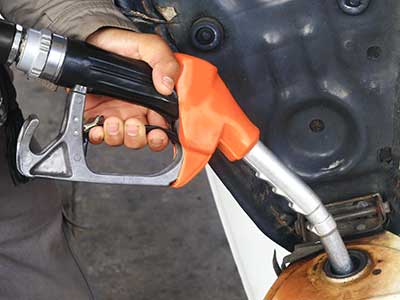 The pollutants were measured in the breathing zone during summer as well as winter season. The process of monitoring included measurement of Respirable Suspended Particulate Matter (RSPM), carbon monoxide (CO), nitrogen dioxide (NO2), and total volatile organic compounds (VOCs). This was undertaken to assess the overall occupational exposure of the workers at the fuel refilling stations in Delhi.

The health risks of workers at petrol pumps are higher than workers engaged in non-fueling station jobs. At the fuel pump, the workers are exposed to high refuelling emissions for at least eight hours a day over their entire work life. Due to adverse health effects associated with air pollutants, it is imperative to screen and determine the prevailing concentration of air pollutants in the work environment.

Based on the monitoring results, review of existing technologies and discussions with various stakeholders- fuel marketing companies, vehicle manufacturers, and architects, the following package for best practices can be suggested:

An assessment of the effectiveness of vapour recovery system (VRS) designed to reduce emission concentration of VOCs at the fuelling stations showed a reduction ranging from 10-59%, during summer and winter. VRS in fuel stations is a norm and a mandate in the western countries, South-east Asia and China, and has to be stringently followed. However, there is no such norm in India despite technological advancements.

Themes
Health & Nutrition
This block is broken or missing. You may be missing content or you might need to enable the original module.