Not being able to close the electricity access gap directly impacts almost one billion people who lack physical access to electricity. Further, in several places where people do have physical access to electricity, the affordability, maintenance, and reliability of power supply are undisputedly serious questions. Failing to achieve the target of universal electricity service means several other Sustainable Development Goals (SDGs) such as the SDG 1 — eradication of poverty, SDG 2 — zero hunger, SDG 3— gender equality, will also stay as lingering issues in 2030 and beyond. Hence, during the first review of SDG 7, as part of the 2018 edition of the High-Level Political Forum (HLPF) on Sustainable Development held in New York, the challenge of access to electricity was prioritised. During the HLPF, countries that have made outstanding progress in recent years and those that are still behind were discussed and strategies to support the latter were outlined.

India, where over 400 million people lacked access to electricity in 2011, has now made significant progress. On April 28, India made the remarkable achievement of completing grid electrification of all census villages in the country. The central government has also launched a targeted scheme — Saubhagya — for electrification of all households. As part of this scheme, India is undertaking the world's largest household electrification programme, which aims to provide electricity to almost 40 million people in 18 months. Both, centralised grid systems and renewable energy based decentralised systems, are being leveraged for this. Since the start of the project in October 2017, more than 10 million households have been provided electricity connections. Similarly, in other South Asian countries and in Sub-Saharan Africa, governments are banking on utility-scale grid-connected systems as well as stand-alone systems such as solar lanterns and solar home light systems (SHLS).

Provisioning access to electricity is a shared responsibility and a range of actors such as government bodies, international development institutions, financial institutions, community-based institutions, civil society organisations, and universities also have an important role in the transformation that we want as part of the Agenda 2030. The aim of bridging the electricity access gap has necessitated innovation in terms of product design, business models, service delivery systems, tariffs, financial instruments, and capacity building strategies. For example, in India, TERI has partnered with JEEViKA in Bihar to enhance energy access using a unique pro-poor public-private partnership model and has installed more than 50,000 solar home lighting systems (SHLS) in households of women self-help group (SHG) members, across six districts in Bihar. As part of this partnership, TERI has supported the inclusion of renewable energy based SHLS and Integrated Domestic Energy System (an integrated product for solar based lighting, improved cooking, and mobile phone charging) into the lending portfolio of JEEViKA. At the same time, TERI's technical team worked with JEEViKA, communities, local retailers and manufacturers for design, development, and commercialisation of customised technology solutions.

Such kind of institutional partnerships not only assist in enhancing clean energy access but also enhance the agency of the women-run SHGs. Households such as theirs, when provided with a grid connection under Saubhagya in the near future, could use the SHLS as a backup in time of power cuts or as an alternative source of electricity when required, in the same way as most urban households in India keep inverter-storage systems despite a better electricity supply situation than rural areas.

In Sub-Saharan Africa, We Care Solar is selling solar suitcases that provide the necessary power for medical devices, medical lighting, and communication at health centres that lack access to electricity. In Bangladesh, the Shidhulai Swanirvar Sangstha operates solar-powered boat schools for the benefit of isolated waterside communities. Social enterprises such as D.Light, Simpa Networks, and Greenlight Planet have launched pay-as-you-go based models for supporting people's access to solar lighting. In islands such as the Sunderbans in West Bengal, solar based mini-grids have been a very successful technology solution for clean energy based electricity access.

There are numerous examples of how renewable energy based systems have enabled communities meet their challenges. Yet, there are obstacles that hinder the progress of universal access to electricity. One of the foremost challenges is the lack of timely data on progress on electricity access. In the present scenario, there is not much first-hand data available on what kind (basic lighting only or basic electricity access for operating lights, fans and television, or electricity for productive uses) of access do communities have. In extremely remote areas and in difficult terrains, maintenance of stand-alone systems and centralised grid-based systems is a lingering issue. Further, if the progress that we have made so far has to be maintained, the affordability issues of communities and the financial health of institutions that provide electricity services will have to be dealt with together.

For this, a more concerted effort is required to accelerate the present pace of electricity access. In order to push renewable energy technologies, which are still expensive for the poorest, flexible models of financing have to be prioritised. As per estimates submitted at the HLPF, about USD 52 billion per year is required till 2030 for universal access to electricity and the current investments are far too short. Further, to embrace the technological edge that we already have today and to be able to expand the role of low-carbon technologies for basic and productive use of electricity, targeted schemes of the government will provide the necessary confidence to stakeholders, and particularly to investors and social enterprises that are operating in the electricity access space. In the long run, the enhanced role of digital technologies for billing, metering, and service provisioning will become more evident.

This article was originally published in REMAG 2018, the souvenir of the symposium 'REtopia2018', organised by the TERI School of Advanced Studies.

Does access to energy cause human development ? A Granger causality check
Article

The women of Ujjwala
Article 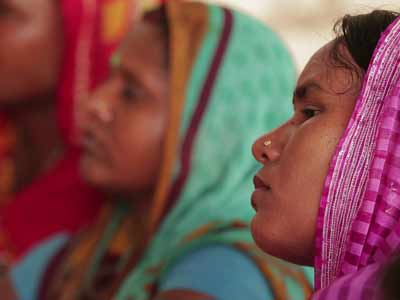