Energy efficiency and renewables' share up, so is air pollution and untreated waste

Latest data in energy and environment paints a favourable picture of the status of renewable energy in India, energy supply and demand

The thirty-second edition of the TERI Energy Data Directory and Yearbook (TEDDY) was launched in New Delhi on April 3. The yearbook is a state-of-the-art compilation of energy and environment data from various government sources, policy documents and other secondary data.

It discusses energy demand in the four major sectors of agriculture, industry, transport, and households. It also discusses energy supply from coal and lignite, petroleum and natural gas, and of course, renewable energy. The chapters on local and global environment give detailed information on areas such as forestry, environment, biodiversity, and climate change. The publication also provides a review of government policies regarding the above-mentioned areas.

The event also included a panel discussion on 'Has India reached the inflection point for renewable energy and energy efficiency?' in which panellists put forward varying viewpoints on the issue. 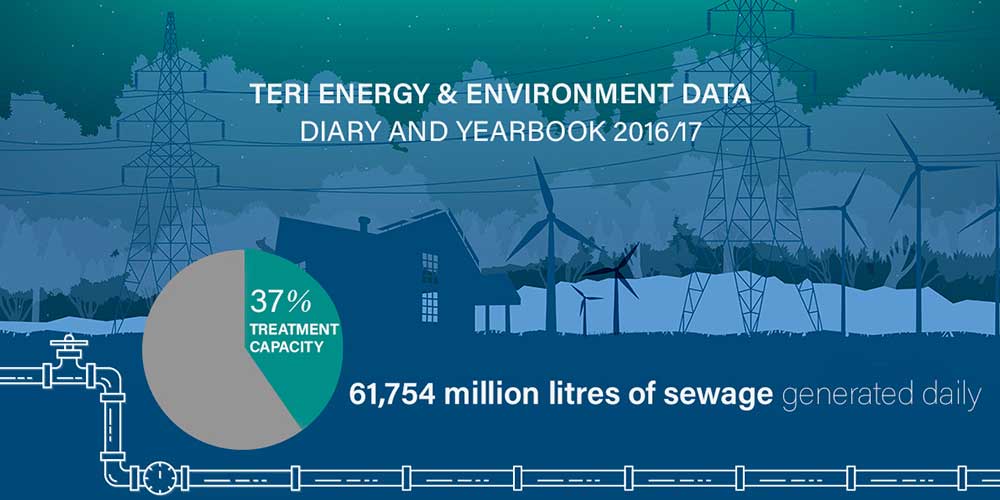 TEDDY's data indicates that in 2016/17, the growth in electricity generation from renewable energy was 24.26 per cent, while the same figure for coal stood at 5.34 per cent. Reflecting on this, Dr Ajay Mathur, Director General, TERI, said at the event that an unprecedented change has been observed in energy usage and supply patterns in India.

However, he also raised concerns about the state of air pollution and waste management in India.

Over the past few years, Delhi’s winters have become infamous with regard to air pollution. It rises every November-December 'like clockwork', Dr Mathur said. 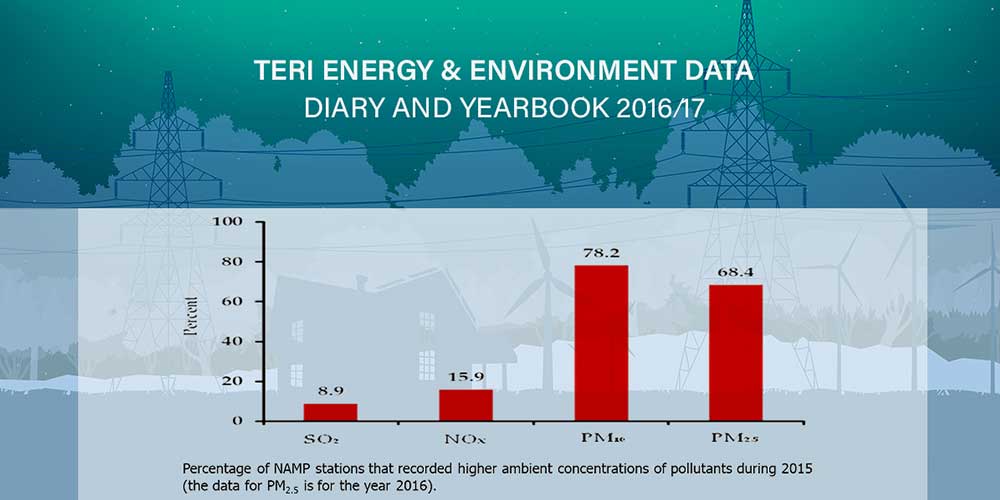 Achieving 175 GW and beyond

Mr Anand Kumar, Secretary, Ministry of New and Renewable Energy (MNRE), Government of India, gave the keynote address at the event. He said that after the Green Revolution and the White Revolution, India is now undergoing a silent, Orange Revolution in energy.

His address touched upon falling tariffs and capacity addition in renewable energy, leading to more acceptability. Solar tariffs currently stand at Rs.2.44/kW and wind tariffs at Rs2.43/kW. According to Mr Kumar, renewables are not just about environmental conservation anymore but make economic sense. He also shared their current installed capacity in India. 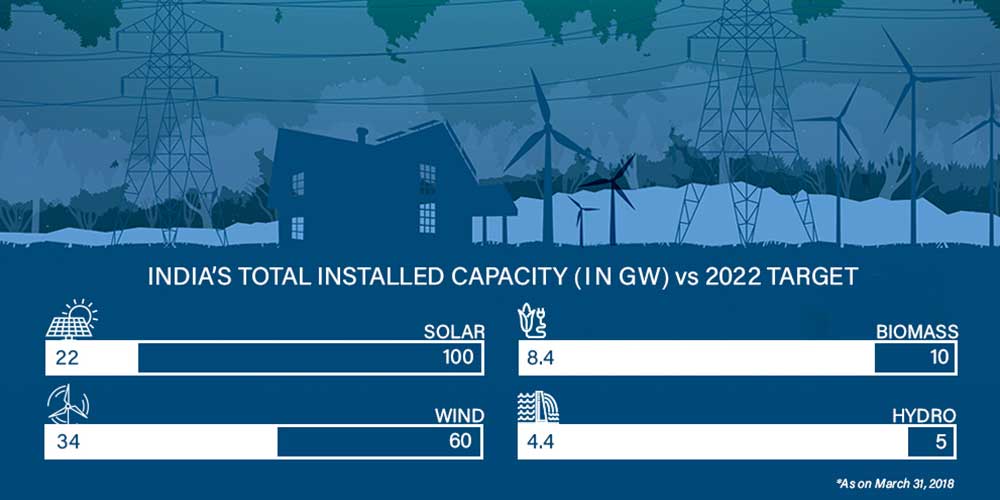 He revealed that the government would like to have renewable energy associated with a strong manufacturing base in India. "Not only will we manufacture solar cells all through the vertical but would also like to become a net exporter," he said.

Meeting the renewable energy target of 175 GW by 2022 will require an initial investment of $120-125 billion. The Indian renewables sector has been largely supported by private investment, and it is a model that should be followed by other countries in Africa and elsewhere, Mr Kumar said. Talking about the 'masala' bonds through which India had raised $300 million last year he said that the government would continue to engage in innovative ways of financing the transition to renewable energy.

Electricity consumption across sectors has risen by 23 per cent, indicating increasing energy demand in the economy. However, as the panellists in the discussion at the launch pointed out, India chose fairly early not to follow the fossil fuel-intensive growth model of western countries. Thus, conscious steps were taken and policy decisions made for the share of renewable energy in India’s energy mix to rise steadily. Between 2012 and 2016, around 21 GW of renewable capacity was installed, out of which 68 per cent was added over the past two and a half years. The question on whether we have reached on inflection point in renewables was thus bound to arise. 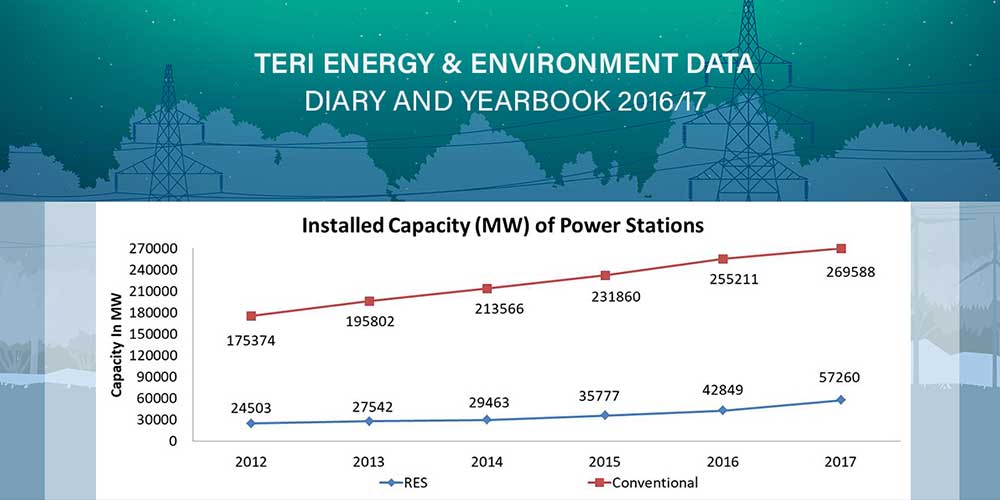 However, Mr Arunabha Ghosh, CEO, Council on Energy, Environment and Water (CEEW), India, said that India has been through many inflection points in renewable energy since the oil shock of the 70s forced the country to think of renewables. As panellists shared their visions of what the future growth of renewables should be like, Mr Ghosh said that one should also think of the renewable energy sector as a consumer sector. "We need significantly more consumer financing for solar power… It should be as easy as getting housing finance," he said.

Mr Chintan Shah, Director, Indian Renewable Energy Development Agency (IREDA) Limited, suggested ways of renewable energy growth that would also tie in with the 'Make in India' initiative. This includes going for closed bidding to encourage indigenous manufacturers. The current practice of reverse auction has brought tariff down but more than one panellist raised concerns about its effect on the vendors and the supply side.

Other panellists had a more cautious view of the extent and role of renewable energy in India’s energy mix. Mr Suman Berry, former Chief Economist, Shell, said that diversity in energy mix is a good thing and at this juncture we may be heading for the most diverse fuel mix that the world has known since the industrial revolution. "We shouldn't be wishing for 100 per cent renewable energy," he said. 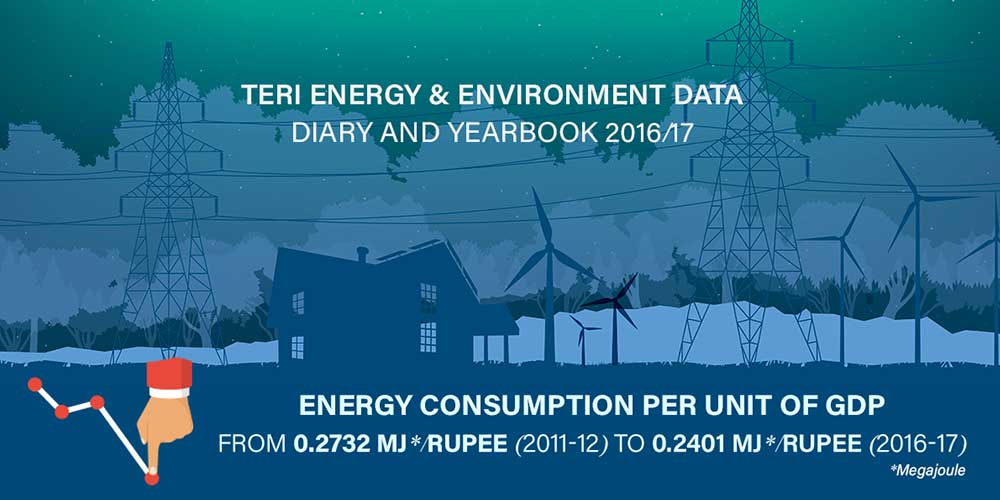 Mr Kumar also stressed on the affordability of power and said that making citizens capable of purchasing energy is important. India sells the costliest energy to its people, he said, adding that we need to think of energy access in terms of taking it to the last man. 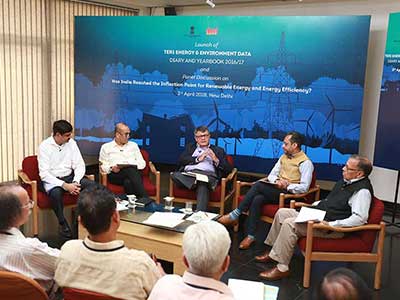