High up in the tough terrains of Uttarakhand, located are the remote villages of Rudraprayag. In these upper Himalayas, where the land used to be usually covered with about a feet of snow upto a decade ago, climate change has decimated the amount of snowfall to hardly about 6 inches, which too melts away quickly. Although more bare land is available now for farming, it is still usually deprived of nutrients to support the cultivation of green vegetables or the finest variety of rice. The farming community is usually restricted to growing wheat, millets, and tuberous roots such as turmeric. The temperature, soil condition and traditional methods of farming here do not allow for profitable farming during winter which runs from December to February.

As the temperatures continue to rise, the farmers are working hard to make ends meet. Trees of fruit crops such as malta orange that once frequently dotted the slopes of these hills, have now almost disappeared.

This is where interventions by agriculture experts can infuse a fresh lease of life in the farming practices by way of introducing new crops in the ecologically sensitive Himalayas. 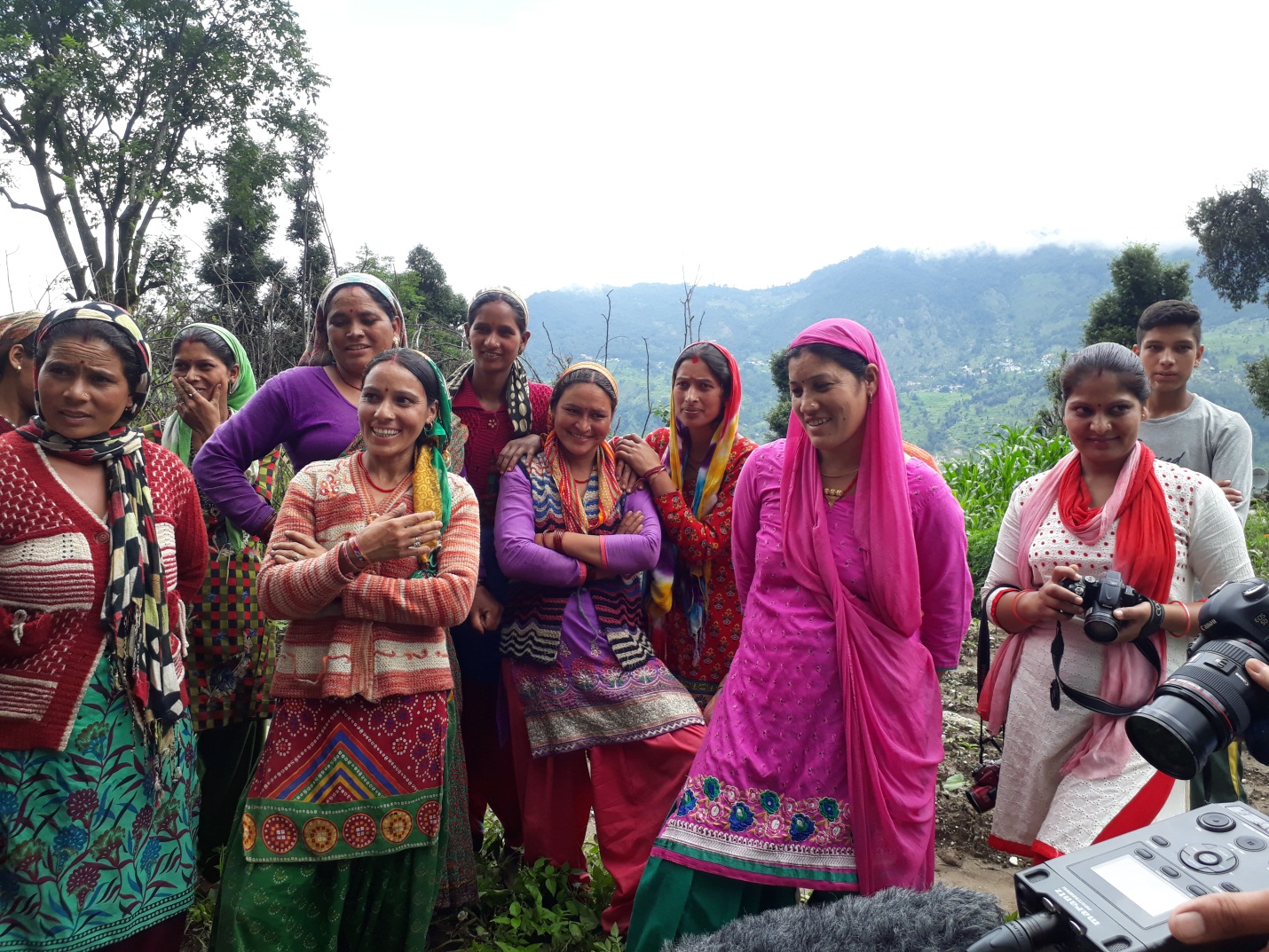 As part of its Himalayan programme on climate change adaptation, called HI-AWARE, TERI has collaborated with a local not-for-profit organization called Society for Himalayan Agriculture and Rural Development (SHARD) to launch a pilot initiative to help the farming community grow new varieties of crops that suit the changing climate. The overarching goal of the programme is to contribute in enhancing climate resilience and adaptive capacities of vulnerable families in the Indus, Ganges, and Brahmaputra river basins by leveraging outcomes from such pilot initiatives to influence policy and practice, thereby improving their livelihoods.

Thus of late, the farmers of one particular village, called Huddu, have started cultivating potato between January and July. With the decline in snowfall and more land being available for farming, Huddu is one of the several places where researchers and local NGOs are trying to help the communities adapt to the vagaries of the changing climate conditions.

"It was a challenge convincing the farmers to commit their farmlands for bulk cultivation. Engagements with experts helped address this issue, which was crucial to the success of the initiative," says Kailash Bhatt, Director of SHARD. Consultations held with women, who constitute the majority of the farming community in Huddu, led to land consolidation, which allowed for bulk procurement of potato seeds, thus achieving economies of scale.

Land consolidation is a highly uncommon practice in this region, mainly due to insufficient information within the community on the benefits of this practice. The village of Huddu has now become probably the first place to grow an unconventional crop through land consolidation and earn substantial profit from the activity. By providing the seeds free of cost to the farmers and assisting them to sell their produce in the local market, TERI and SHARD have helped them enhance livelihood opportunities.

The first such produce of 7,500 kilograms of potato that was harvested in July has reaped a significant Rs 1.50 lakhs approximately for the community. The 48 households of the village that participated in the initiative earned an average of about INR 3,600 from a minimum holding size of 200 sq m (or 1 nali), as compared to an average of Rs 700 from the wheat crop yields harvested from the same farm size in previous seasons.

Preparing for the future

As TERI aims to continue supporting potato farming in the region by way of providing seeds for improved varieties of the crop for the next season, TERI and SHARD have also distributed large cardamom plants, an expensive spice, to some of Huddu's households for their kitchen gardens to equip them with a supplement source of income. TERI's agro research team at Mukteshwar in Uttarakhand is further exploring if crops like peach, plum and apple can also be grown here.

Notwithstanding the support provided by TERI and SHARD, Huddu emerges as a fine example of how community farming can help offset the adverse impacts of climate change in the agriculture sector, especially in places that are most vulnerable. Suruchi Bhadwal, Climate Change expert at TERI who led the initiative remarks, "Implementing more such activities on ground helps better understand various topographies and ensures that the knowledge pertaining to climate change adaptation does not remain restricted to large conference halls. The success of these efforts lies in demonstrating techniques that work in the Himalayan region, taking into account the micro-climatic conditions."

Know more about the HI-AWARE project of TERI here.

Assam and the economic costs of climate change
Article