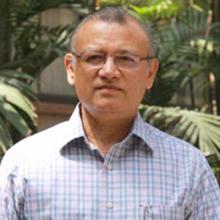 As member of the Indian Administrative Service (IAS), Mr DN Narasimha Raju held senior positions in the Government of India and Government of Karnataka for around 32 years. He worked at policy formulation and implementation levels. He has worked in several important sectors such as revenue, industry, e-governance, urban governance, labour, finance, commerce and energy. Strategic decision making, people management and stakeholder consultation have been the focus area in the various assignments held.

Subsequent to his retirement from the IAS in 2016, he has served as State Chief Information Commissioner, Karnataka, and Chief Executive Officer, National Institute for Smart Government. In May 2018, he has joined as Director, Southern Regional Centre, TERI, Bengaluru.