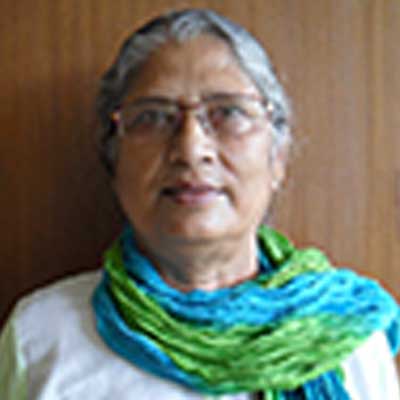 Professor Basabi Bhaumik (born 1952) is an eminent Indian engineer, researcher, and academic. She is Professor of Electrical Engineering at IIT, Delhi, where she leads research in cutting-edge areas such as computational neuroscience, especially modeling of the primary visual cortex in order to understand how visual inputs are processed across levels of neural circuits and networks to systems. Over two decades ago, she initiated research and teaching in the-then novel area of VLSI (Very Large Scale Integration) design of integrated chips, which has led to IIT-Delhi being recognized as one of the leading centres in India for the designing and testing of VLSI chips, including recently, the development of a low-power chip that enables disease diagnosis in low-cost portable ECG machines. She has supervised 12 Ph.D thesis, and published over 50 papers in peer-reviewed journals and conferences. Prof. Bhaumik was Head of the Department of Electrical Engineering from 2010 to 2014, during which time she spearheaded the recruitment of 15 faculty members to build up and strengthen new areas of research in the Department. The Departmentis now ranked amongst the top 50 Electrical Engineering Departments in the world. Professor Bhaumik was a member of the scientific advisory committee of National Brain research Center, Maneswar and is currently a member of the academic council. She was a Fulbright Fellow at MIT, and is currently on the Board of IIT, Mandi.